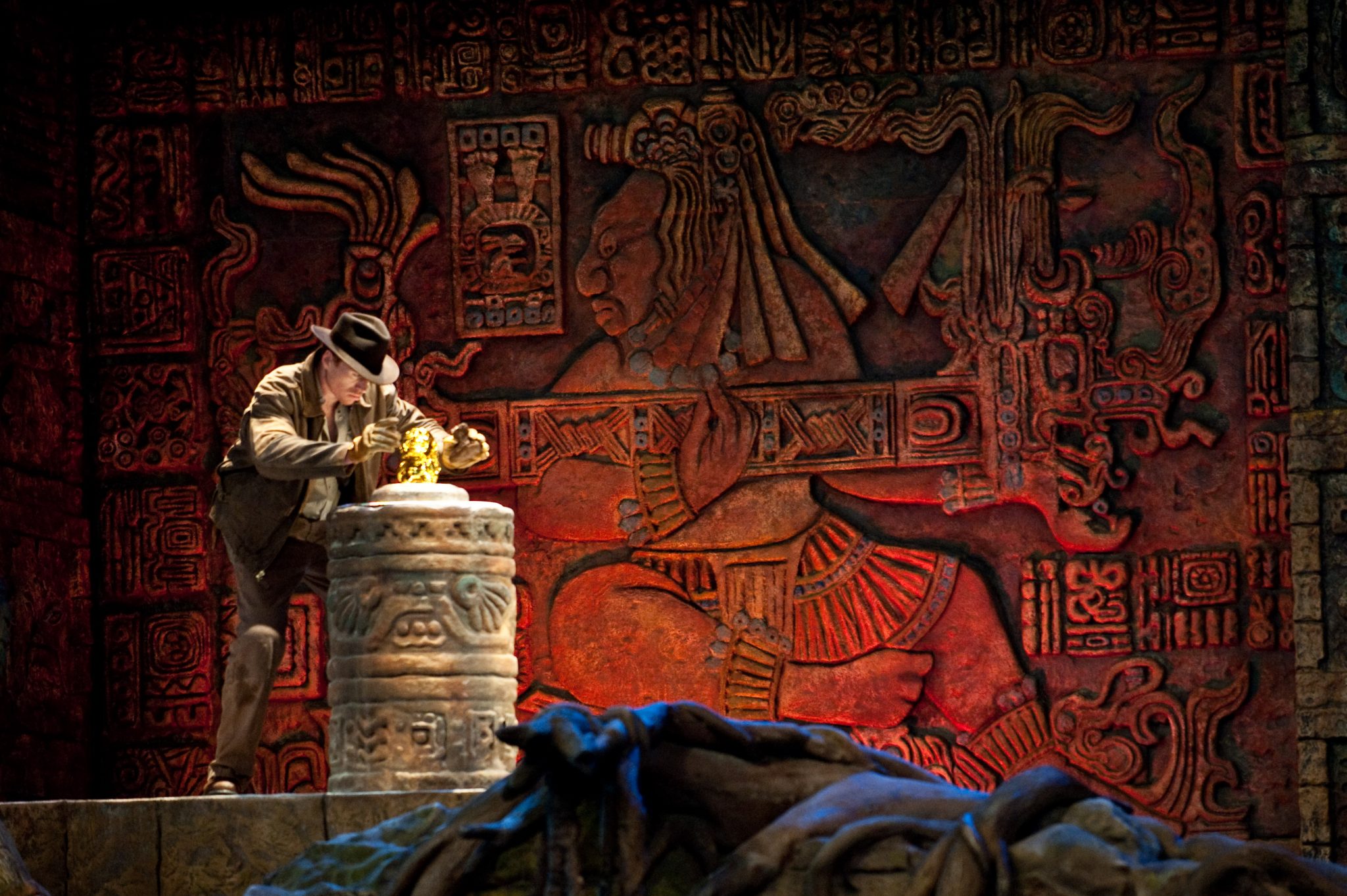 Didn’t the sign say ‘Do Not Touch?’ There will be consequences!

Cracking The Whip: How To Holiday Indiana Jones Style

One of the greatest heroes of all time, Indiana Jones has been to some of the greatest places on the planet. From the wilds of Peru in ‘Raiders of the Lost Ark,’ to the crashed landing in the Himalayas of ‘The Temple of Doom,’ Jones has been to places many of us have only dreamed about. He cracked his whip at armed swordsmen, swung his way over deep ravines, and found treasure in ruined cities. Oh, and he also found the Holy Grail, despite the trips and pitfalls that awaited him. Just don’t mention the snakes. Indiana Jones is not particularly fond of them!

We aren’t all cut out to be another Indiana Jones of course. He may have been chased by rolling boulders and legions of soldiers (all before breakfast), but that doesn’t mean we have the same tenacity or willingness to visit dangerous locales. Still, if you are a fan of the character, and you want to experience something of the man’s adventures, it is possible. As well as rewatching your worn copies of the film’s themselves, you can also visit some of the film’s locations. Here are some of them.

Hawaii: The famous treasure hunting scenes from the first film were apparently based in Peru. In reality, they were shot on the island of Kauai which is based in Hawaii. That famous shot of the rolling boulder was actually shot on the local wildlife refuge that is located nearby. Still, if you did want to follow Jones’ trail in the movie, you can follow the expert travel guides at

G Adventures, and search for your very own treasures in the lost cities of Peru. Or, if you prefer to vacation in the Hawaiian location, it is possible to rope swing over a river Indy style at the ATV Ranch and Mountain Tour. For added authenticity, get somebody to pipe out the iconic theme tune as you do it.

Tunisia: This sandy region is famous for another movie locale – has anybody heard of a little film called Star Wars? – but it also stood in for Egypt during the final showdown between Indy and the Nazis in Raiders. Despite the hot weather, you won’t experience the face melting scene that befell one of Indy’s greatest antagonists, but you should probably prepare yourself for the climate.

Sri Lanka: Remember the climax to the ‘Temple of Doom?’ This was the scene where Indy braved one of the biggest rope bridges you will ever see on screen. Supposed to have been located in North India, the scene was actually created near Kandy in Sri Lanka. Of course, you won’t find the rope bridge there now – it was all good old movie magic anyway – but there are still tour guides who will show you the location. Then you should follow the example of Indy and Short Round and take one of the elephant-back safaris which are located at Lake Kandalama. Hey, even Indy needed time off his feet once in a while!

Jordan: The climactic scenes in ‘Last Crusade’ happened here, where Indy and his dad discovered the famed Holy Grail. It’s unlikely anybody will find the legendary cup that Christ drank from at the Last Supper, but you can search all you want if you visit the ancient city of Petra which was where the cup was supposed to lie. Still, there are other treasures awaiting you in the ‘rose-red city,’ including an 8-day ‘Treasure of Jordan’ adventure which will lead you on the road to real riches – the quest for knowledge – if you fancy a trip along the ancient roads of the King’s Highway.

Finally
These are just some of the locations made famous in the films. If you do visit, don’t forget your travel essentials – a fedora hat, a whip, and a no-fear attitude. Oh, and you should probably take some snake repellant too, just in case.