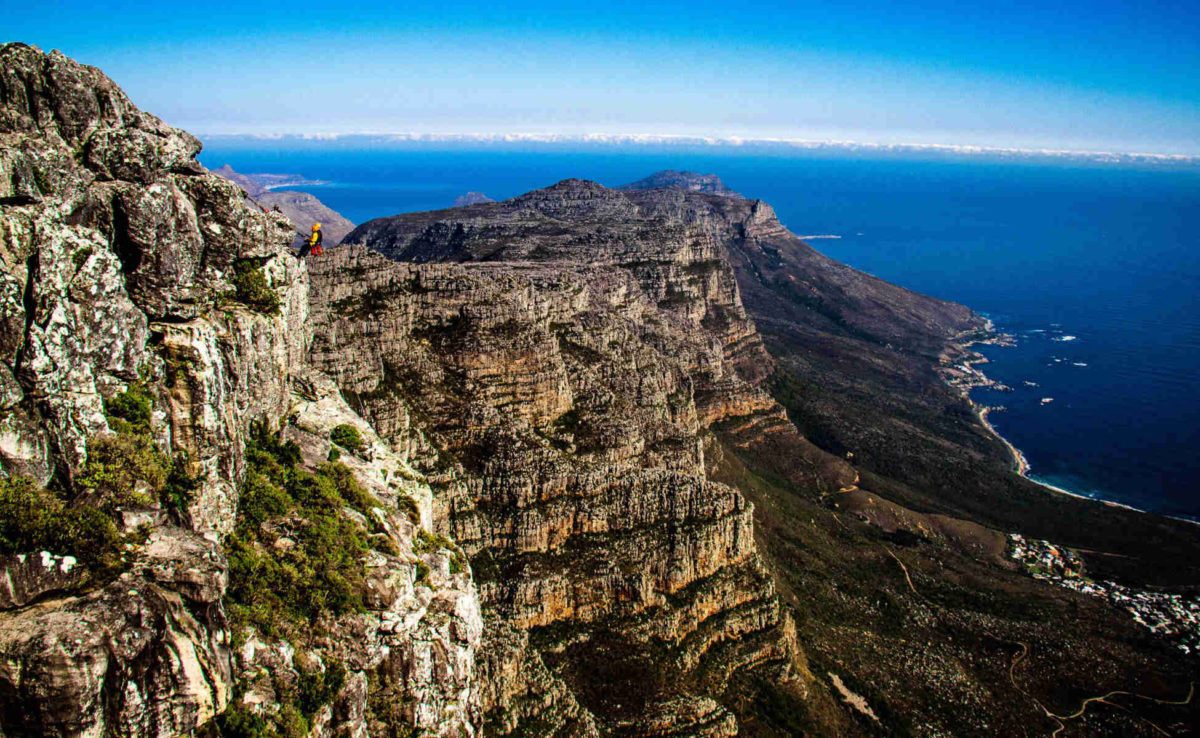 Cape Town: The Most Dangerous City You Need to Visit Right Now

Johannesburg garners most of South Africa’s media attention, oftentimes for all the wrong reasons. But, if you’re looking for the continent’s most vibrant, creative, adventurous, and all-around kick-ass city, you need to head west. Travelers will be hard-pressed to find a single destination in Africa — nay, the entire world — with more dangerous and extreme adventure opportunities than Cape Town.

Let’s start with the giant elephant on Cape Town’s natural landscape: Table Mountain. This iconic rock formation looms large over the downtown core. While most tourists are content to lazily ride the tram up and back, there are far more interesting ways to explore. Abseil Africa guides the world’s highest commercial abseil. After reaching the top via the tram or (our preference) hike, you’ll be suited up with a harness and provided a safety briefing. From more than 3,000 feet above sea level, you step off into a panoramic, exhilarating expanse of vertical space. While descending, you’re surrounded on all sides by the mountain, Camps Bay, and the cobalt blue of the Atlantic Ocean.

The frigid waters off Cape Town’s shores are the ideal spot for sharks to feed. Just a scenic two-hour drive from the city center, Cape Adventure Zone offers day trips to the fishing village of Gansbaai — known as one of the world’s premier spots for great white shark diving. Divers and snorkelers (scuba certification isn’t required) trek another few miles offshore to Dyer Island and Geyser Rock. From there, it’s 30-40 feet down in a purpose-built, impenetrable cage to the deep blue world of the ocean’s most fearsome predator. Sharks are so abundant in the area, known as “Shark Alley,” that sightings are virtually guaranteed.

Sail Away from Lion’s Head Mountain

Not far from Table Mountain sits Cape Town’s second most iconic natural formation: Lion’s Head Mountain. While it may not be as high as the former, it’s plenty high enough to serve as a paragliding launch. For less than USD $100, Cape Town Tandem Paragliding will hook you up with a stunning paraglide tour from Lion’s Head or nearby Signal Mountain. The roughly 30-minute flight includes a tandem instructor so you needn’t have any prior experience.

You may have bungee jumped before, but there’s literally nothing on the planet like jumping South Africa’s Bloukrans Bridge. The more-than-700-foot bridge is the highest in Africa and the jump is officially the world’s highest bridge bungee. Face Adrenalin introduced the continent to the sport more than 25 years ago, and they’re still the provider for this one-of-a-kind experience.