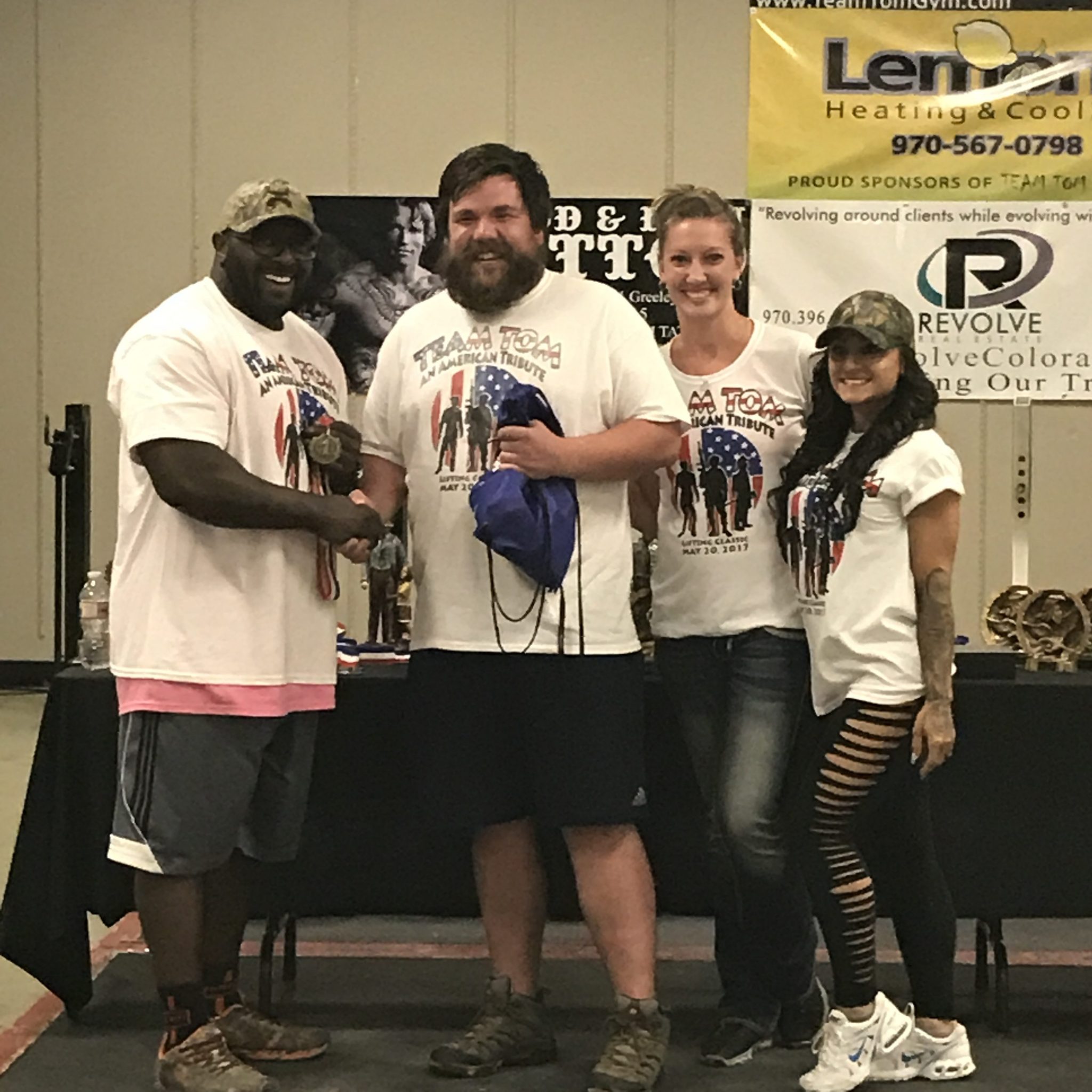 Continuing on the Road to Strongman

On May 20th I competed in my second ever sanctioned strongman competition; the Third Annual American Team Tom an American Tribute. Once again it was hosted and organized by Team Tom in Greeley Colorado and this event pushed me harder than I have ever been pushed before. I competed in the Novice Heavyweight category and did better than I had hoped on most events; I did technically get first place but it was because of lack of competitors in my division and weight class. This was a great event that showed me what I was capable of through training and what I could achieve if I kept working hard. 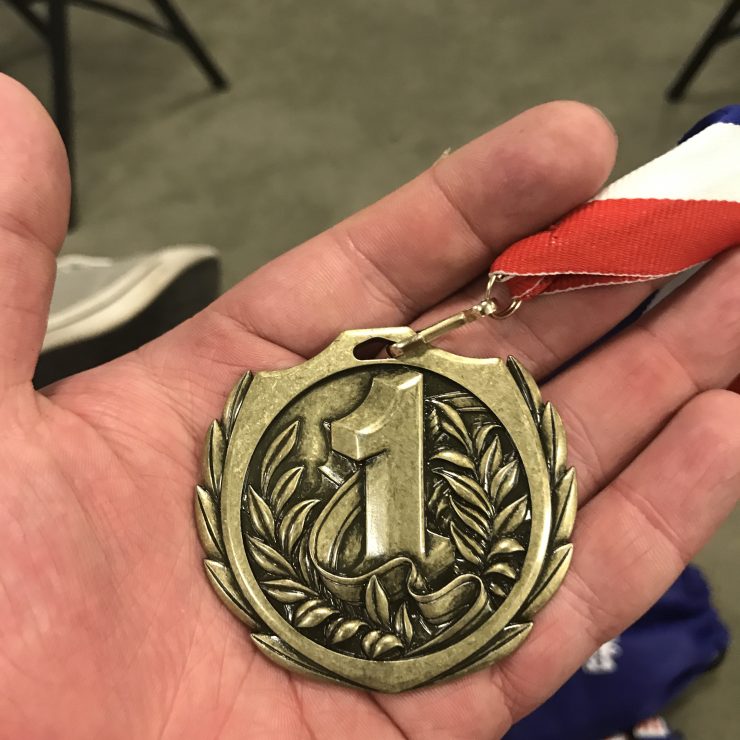 I did not do well at all on two events; the log clean and press for reps and the sandbag carry, load, and drag. The log was sadly two heavy for me at the time of competition but I have been focusing my training on this event in order to build the strength to do better next time.

The first event that I did well on was the 595 pound yolk carry for time where competitors had to carry the yoke 30 feet, drop it completely, then carry it back. This also happened to be my wife’s first strongman competition so the event organizers thought it was hilarious to run us against each other. I was very happy with my quick time and completion of the event, and in the background you can see my wife smoking me with her 225 pound carry. I have never carried anything close to the 595 lbs weight so doing well with it in competition was the highlight of my day.

The next event was the Farmer’s Carry where competitors had to pick and carry 220 pounds in each hand for 60 feet.

I have quickly found that weighted carry and mobile events are by far my greatest strength; I attribute it to me carrying around my massive frame all my life. Another reason I think I do so well on mobile events where grip strength is key is partially due to me never using straps on my deadlifts in training, it forces your grip strength to stay on par with your overall strength (even though it hurts like hell).

The final event was Atlas Stones over bar for time, I was able to blow my old record out of the water in this event with getting a 220 pound stone over the chest hight bar 5 times in 60 seconds. I would still love to greatly improve in this event since it seems to be a mainstay in pretty much every sanctioned strongman competition I have seen. I can tell I need to focus on my squats so I can have better strength in getting the Atlas Stone off the ground. 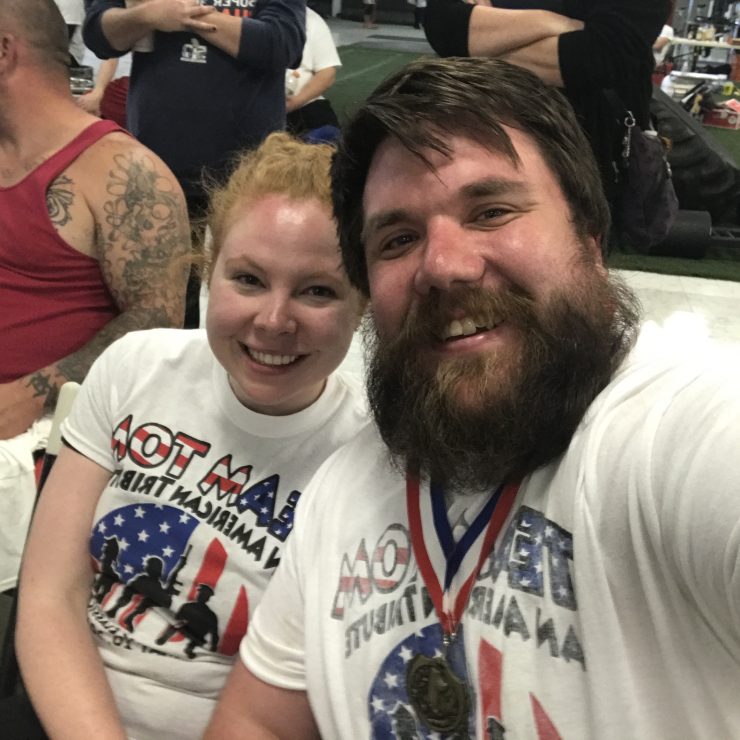 Overall I love competing in novice strongman competitions, and now that my wife has caught the bug and has been competing alongside me it has gotten even better. The deep bruising, soreness, and heavy training has been very worth it; I have discovered what I am capable of and I now have constant goals to constantly strive to. Until the next competition!