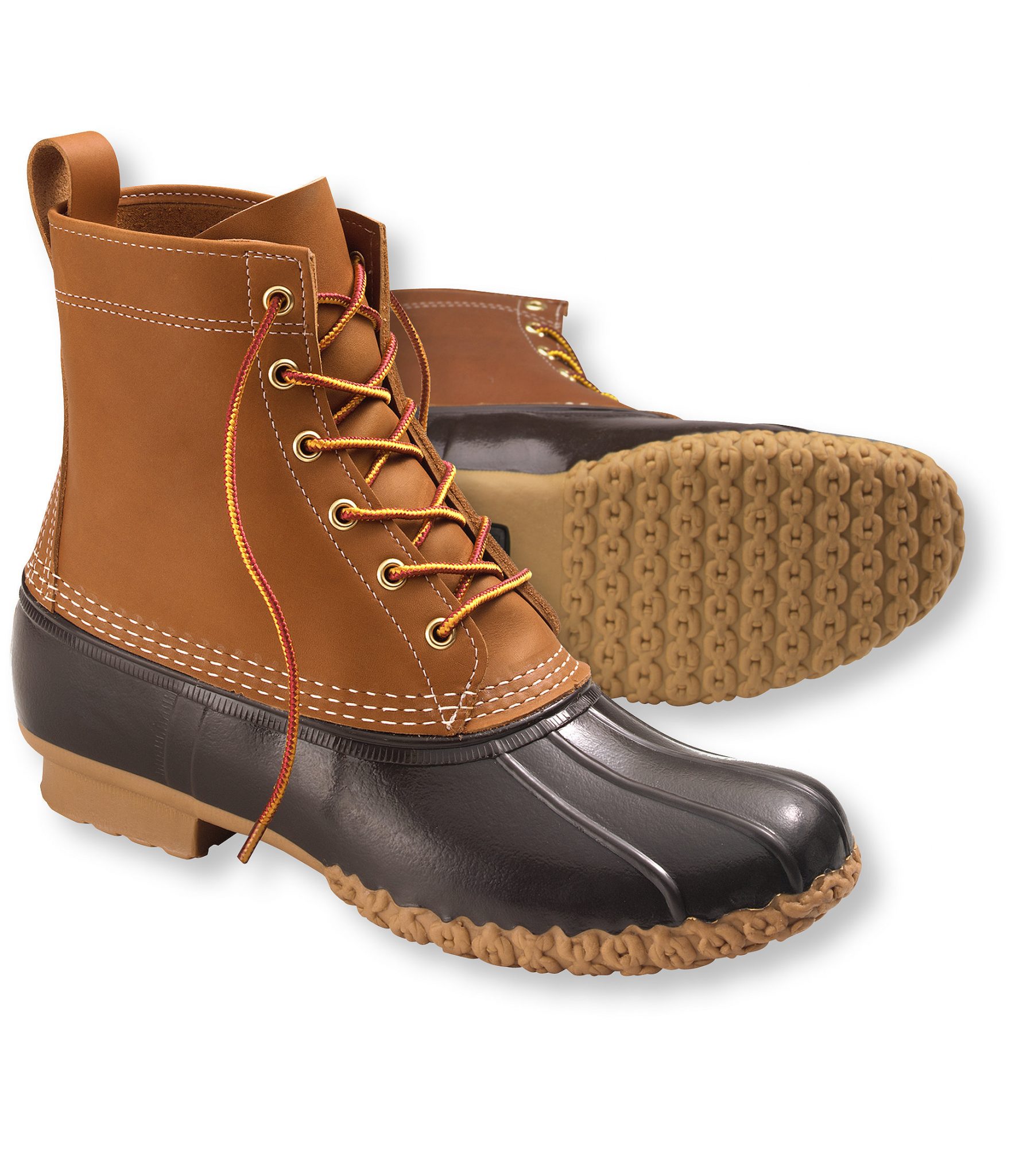 Before you get your hopes up, this article is not about pugs, hairless cats, or my great aunt Josephine. It is instead about an item thats been a staple of the “New England” aesthetic since their invention in 1911. I’m speaking of the classic Bean Boot. For those unfamiliar, the boot consists of a rubber bottom portion, with uppers made of leather traditionally, but have evolved to include canvas and various linings. For over one hundred years, people have been wearing these as not only a functional boot for the outdoors, but a major part of the “devil-may-care” look that is (ironically) carefully cultivated from its roots in Ivy league fashion.

The Bean Boot saw its first incarnation when Mr. L.L. Bean, feet wet and cold from a hunting trip, commissioned a local cobbler to sew leather uppers to a regular rubber workmen’s boots. No doubt impressed by his answer to the Maine wilderness, L.L.’s brother allowed our favorite shoe pioneer to set up shop in the basement of his apparel shop. One year of artful propaganda passes and every outdoorsman with a modicum of self respect is wearing the “Maine Hunting Shoe.” This is the original Bean Boot, and is still available for sale today. Cue the inevitable, and after explosive sales, L.L.Bean opens its doors officially.

The Bean Boot, in whatever model you were to choose, is made from only the highest quality materials, and is still made exclusively in the U.S. of A. by employees of L.L.Bean. The construction of these boots have never been outsourced or otherwise cheapened. And if that weren’t enough for you, they have just about the best warrantee that you can expect on anything, ever. If your boots ever wear out, break down, tear, or otherwise fail, they are replaced at no cost to yourself.

If you find functionality to be beautiful, then there should already be no doubt in your mind that these are a necessity for your high latitude adventuring, but if you see appearances as more important in a boot, then you should heed my disclaimer. These are not in any way, shape, or form, fashion oriented. That however, is not to say that they are unwearable in social situations. Bean Boots are unique enough to only work with a specific set of clothing, but when worn correctly can tie together an outdoorsy outfit.

Bean Boots are a black and white concept. Either you love them, or you hate them. Even though statistically half of you will think I’m insane for singing such high praises of them, they are perfect for what they are meant to be, that meaning a functional outdoor boot that has eaked out a niche in the world of fashion. Love or hate, this boot deserves the respect that comes with a century of designation and distinction. I know that I’ll be wearing these to survive the frigid tundra that is Upstate New York in winter, and for between one and two hundred dollars, why wouldn’t you want boots to last literally the rest of your life? It L.L. Beats me!