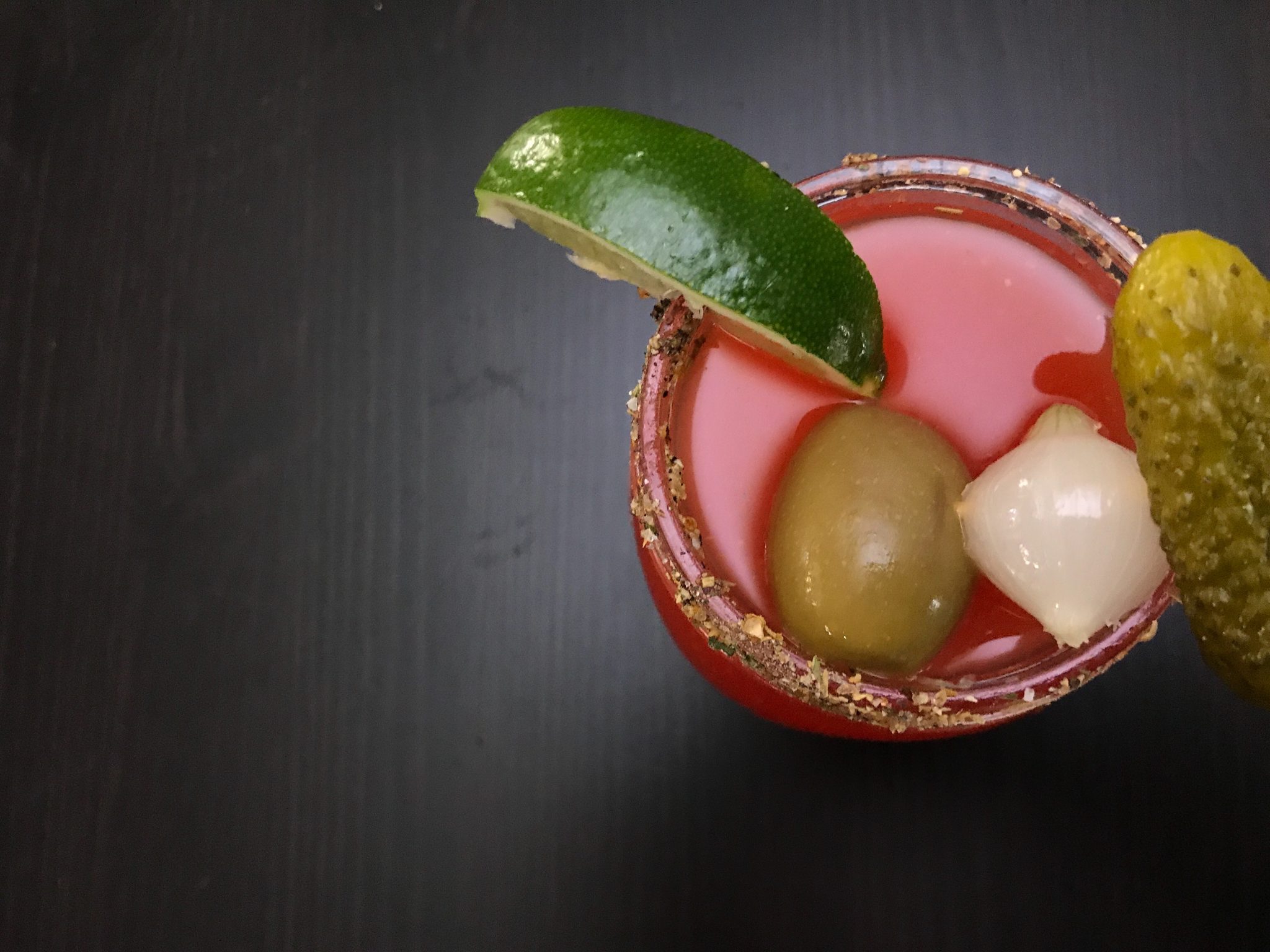 A Cocktail Fit Only For Deadpool

With Deadpool 2 on the near horizon I thought it would be fitting to pay tribute to this Merc with a Mouth in the best way possible; creating a cocktail for him. In order for this drink to properly do justice for the 4th wall smashing anti-hero I had to create something special; this cocktail had to be smooth, a bit spicy, and warm you from the soul out.

Deadpool is something special; he is unlike any hero that has ever existed yet there is something creepily comforting and calming about him. You would love to invite Wade out on a quick weekend road trip just to see what he would burn down and the destruction he could wrought on the rural plains of America, but you would never want him to know exactly where you lived.

So I decided to use Wade Wilson’s birthplace as the inspiration for my cocktail and the resulting experience is something special.

Since Wade was born in some undisclosed location in Canada (no wonder he loves Wolverine!) I decided to adapt the classic Caesar just for our favorite Felon in Red. The Caesar is a drink rarely seen outside of Canada, think of it as the Great White North’s version of a Bloody Mary with the addition of liquified fish. Without further ado I present the Degenerate Regenerate!

The Degenerate Regenerate: A Caesar for Deadpool 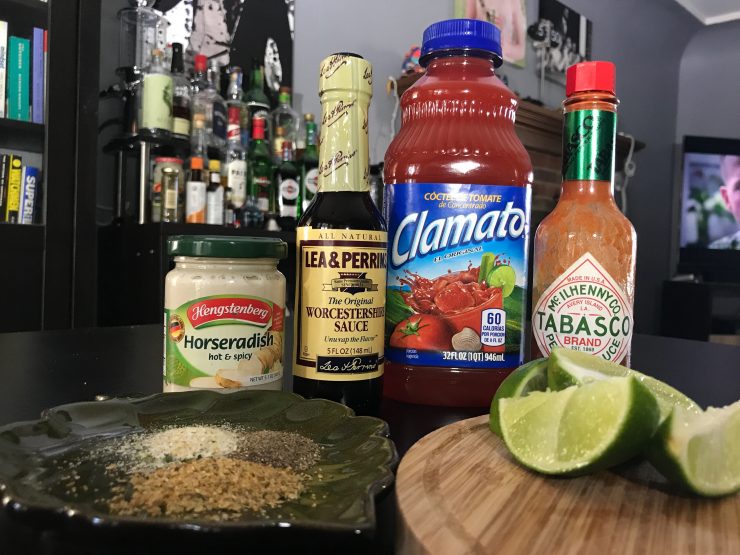 Mix the salt, garlic salt, and steak seasoning in a shallow dish and find yourself a genuine Mason Jar. This HAS to be an authentic, true to god Mason Jar. The Caesar which the Degenerate Regenerate is based on originated from Canada, where they do not have specialty glassware so if you try to go hipster on this cocktail it WILL betray you. If you do not have a Mason Jar a Rockport boot, the best footwear to ever come out of Canada, will work in a pinch.

Ok, sorry, back to it (I had a couple of the Degenerate Regenerates already). Take a mason jar, moisten the rim with fresh lime juice (that’s right I said moisten. MOISTEN….) and rim the glass with the salt mixture. Fill the glass with large cubical ice, the more it resembles Iceman’s testicles the better, and pour in the vodka. Wolverine, if you are reading this, TRIPLE the amount of Vodka.

Add in the dashes of Worcestershire sauce, red Tabasco, and the 4 ounces of Clamato juice. I like to add a pickle, cocktail onion, and an olive for my garnish. Stir well and enjoy the greatest unknown cocktail that exists north of the border; a bloodied Deadpool would agree with your life choices. 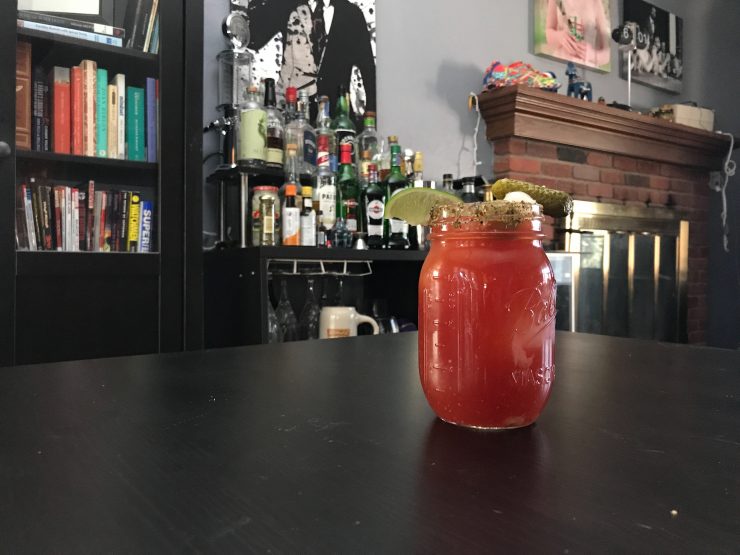 The resulting cocktail is an amazing amalgamation of all things Deadpool and even Canadian. The clam juice in the Clamato gives depth that every Bloody Mary lacks while the home-made rim garnish is something to cherish and behold. Plus there is vodka that makes the whole ordeal wholly enjoyable. 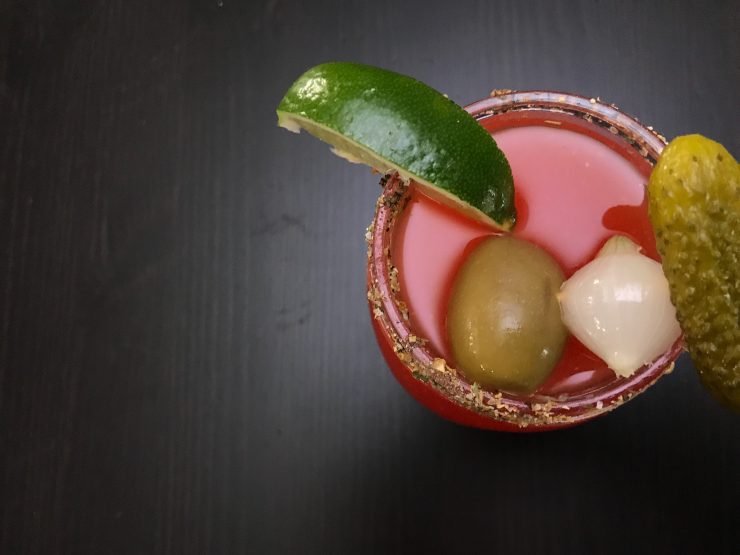 Do yourself a favor and just try and craft a Degenerate Regenerate, pop on Deadpool, and get ready for the coming of the best movie of the year: Deadpool 2.