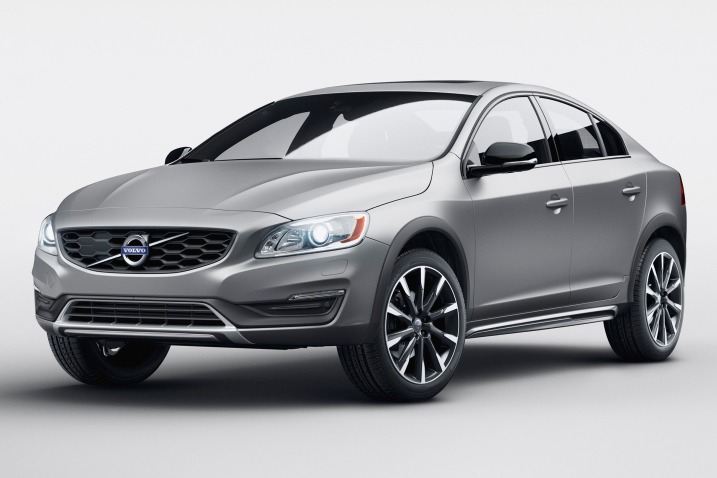 Over the years we’ve seen a lot of Crosscountry models and it’s always the same result: you either love them or you hate them, there doesn’t seem to be anything in between. Most often, the Crosscountry models are estate variants of a standard car but this time, Volvo decided to try the Crosscountry concept on its S60 sedan as well. It’s been just one year since the launch of the V60 (wagon/estate) Crosscountry, and with the reasonable success it has had, Volvo wanted to see if there’s market for a lifted sedan too. We can’t really fault them, as there are far more illogical vehicles on the market today (the likes of the BMW X4).

Because they don’t expect to sell them in massive volumes, Volvo disclosed that only around 500 will make it to the U.S. and all of them will be in a single trim, the highest Platinum one. What separates the Volvo S60 Crosscountry model from the standard ones is of course, 7.9 inches more ground clearance, skid plates both in the front and the rear, all-wheel drive, hill-descent and black fender extensions. To give you an idea of just how high off the ground it really is, consider this: the S60 Crosscountry is just 0.8 inches lower than the Subaru Forester and the Renegade Trailhawk. If you’re thinking this is similar to the A4 Allroad think again. The Audi only has 7.1 inch of clearance, some 0.8 inches less than the S60.

All four-wheel S60s (and V60s) get the almost defunct 2.5 liter five-cylinder mated to a six-speed auto. Front-wheel drive variants get a much newer 2.0 liter turbo four-cylinder unit coupled to an eight-speed auto but if we’re honest, we prefer the sound and feel of the 2.5 liter. It may be a bit more rough and mechanical, but isn’t that the point? The five-cylinder churns out 250 hp and 266 pound-feet of torque, some 10 hp and 8 lb-ft of torque more than the newer four-banger. And while 250 hp is a lot, it needs to be because the S60 Crosscountry tipped the scales at 3817 pounds. You may think that’s a lot, but it’s actually some 100 pounds less than the claimed weight (3913 pounds).

Performance is stellar. The sprint to 60 miles per hour is dealt with in just 6.1 seconds. The braking distance from 70 mph is 174 feet which is just about average. All in all, it’s not bad. It’s certainly a bit worse than a standard S60 with the same engine due to the increased ride height but you do get an all-round more capable car.

And that’s really the crucial keyword here: all-round. No, it won’t be as good of a road car as a standard S60, but it is more capable in terms of what else it can do. This isn’t a car for everyone, which is probably why Volvo is only sending 500 over to the U.S. The interior is super luxurious but trunk space is limited at 12 cubic foot (the estate offers more). If you like how it looks and wouldn’t mind owning one, we do recommend it. You may not be able to buy one if they’re sold out however, so keep that in mind too. Check with your local Volvo dealer or buy one second hand.