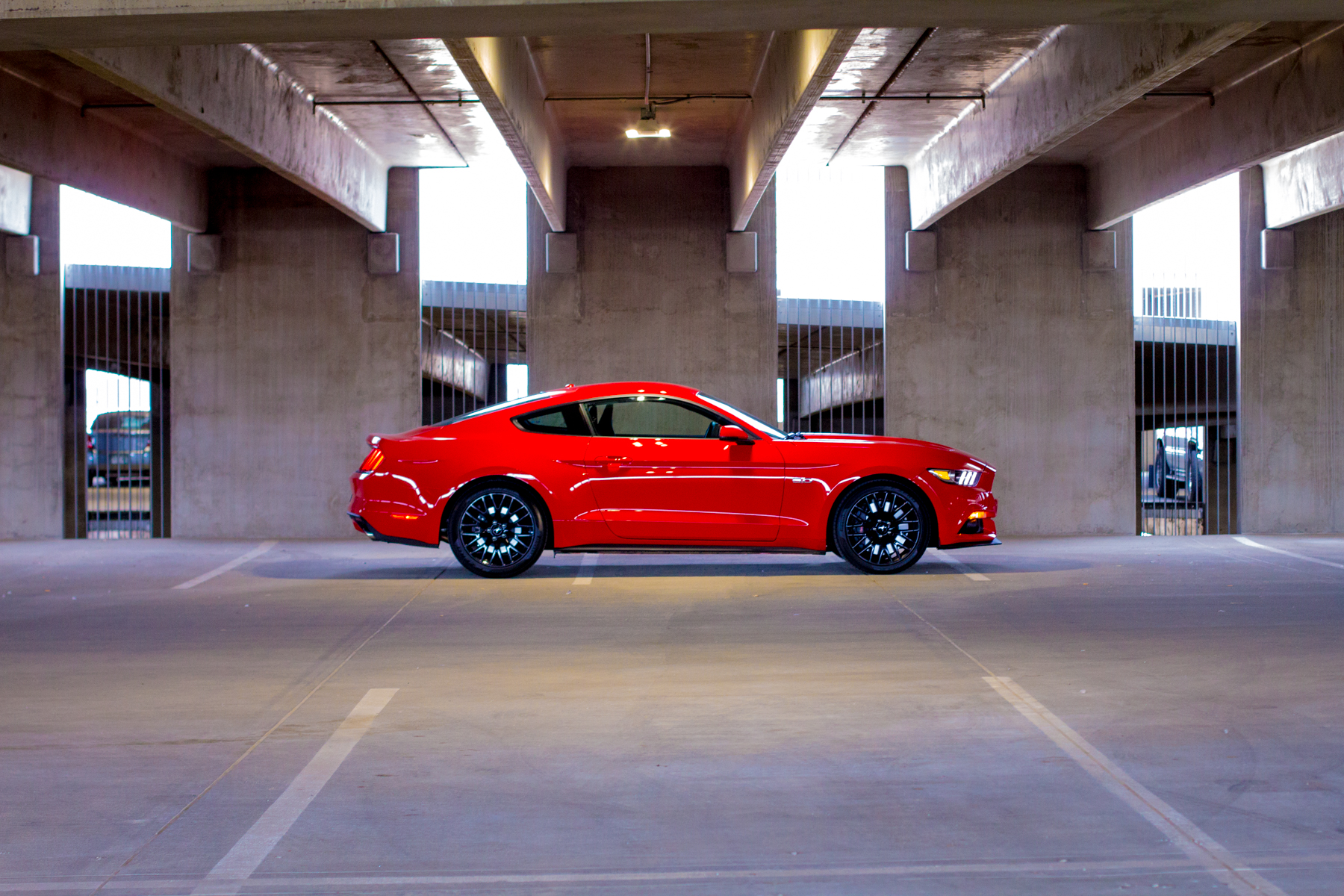 With lots and lots of Europeans happy they can now legally buy the American horse, the 2015 Ford Mustang GT still does quite an impression to whoever finds it in his path on US roads. The new Mustang GT is big, mean and most importantly it is fast. Fortunately, there haven’t been any good elements taken out neither have any unpleasant additions to the 2015 edition. On the other hand, there are quite a few upgrades which have transformed the GT for the better.

We did not say the 2015 Mustang GT looks mean just for the sake of it. With its strong cheekbones and a long hood, it mixes the right proportions in order to inspire fear and terror to whatever poor soul may find this beast in his rearview mirror. Even from the side, the 18” by 8” Magnetic Painted aluminum wheels provide the same shiver on the back of your head when you pass by.

Hop in and you’ll get to see the 6-speaker audio system connected to a single CD player with auxiliary input, steering wheel controls and voice activation. A 4.2” LCD is fixed in the center stack beside 2 smart-charging USB ports. Of course, this is all for the base version. Throw in an extra $4000 and you’ll get a 9-speaker audio system, a 6-month subscription to SiriusXM Radio and an 8” LCD touchscreen system with pinch-to-zoom function.

To be hones though, why on earth would you care about how your car stereo is sounding like since you will be 110% preoccupied with the sounds of the monster growling under the hood? Let’s get those wheels to spin!

There’s an all American 5.0L V8 “Coyote” engine sitting there under the elongated hood of the 2015 Mustang GT. It throws out 435hp at 6500 RPM with a 400 lb/ft peak torque at 4250 RPM. Could’ve been better? Wait until you reach a test track and try to say that again, that is if you can catch your breath. 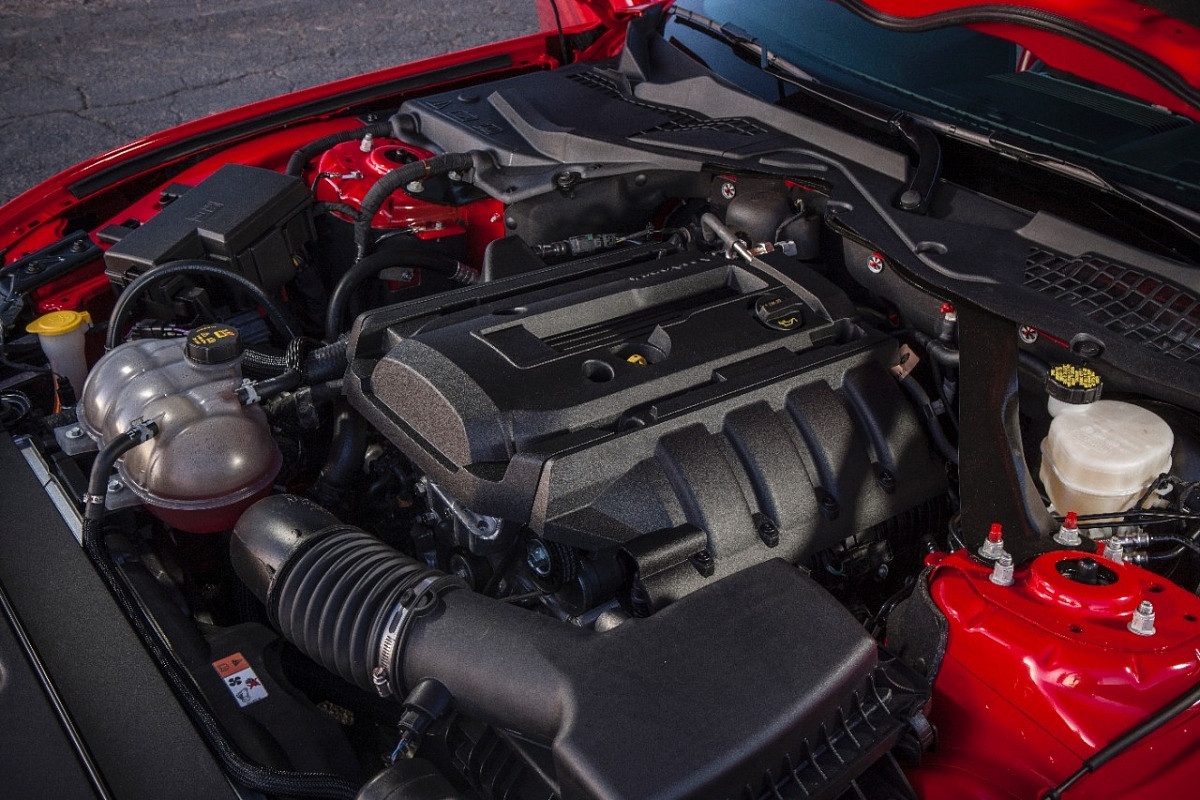 When taken out on the road, the 2015 Ford Mustang GT provides power from every pore. And with the new independent rear suspension, the car manages to ride well without being too harsh or float around. Furthermore, it is now able to deliver the power to the road not just on a straight line, but also when doing a slingshot out of a tight corner.

The once low feedback steering has now been replaced with a firm response unit. Pedals are aligned perfectly for heel-and-toe maneuvers for when you’re taking the beast on the track. And if you’re considering buying it just to be stuck in morning and evening commute, then shame on you.

On the overall, Ford did not just built another Mustang. They’ve managed to develop a better car by keeping an eye out on customer feedback and removing all unpleasant elements from the previous model and improving steering response. This young pony car still destroys tires as advertised and the 6-speed manual transmission gets the car to 60 mph in just 4.5 seconds. In the end, there is one native reason to acquire the 2015 Mustang GT: It looks, feels, smells and drives like a Mustang.