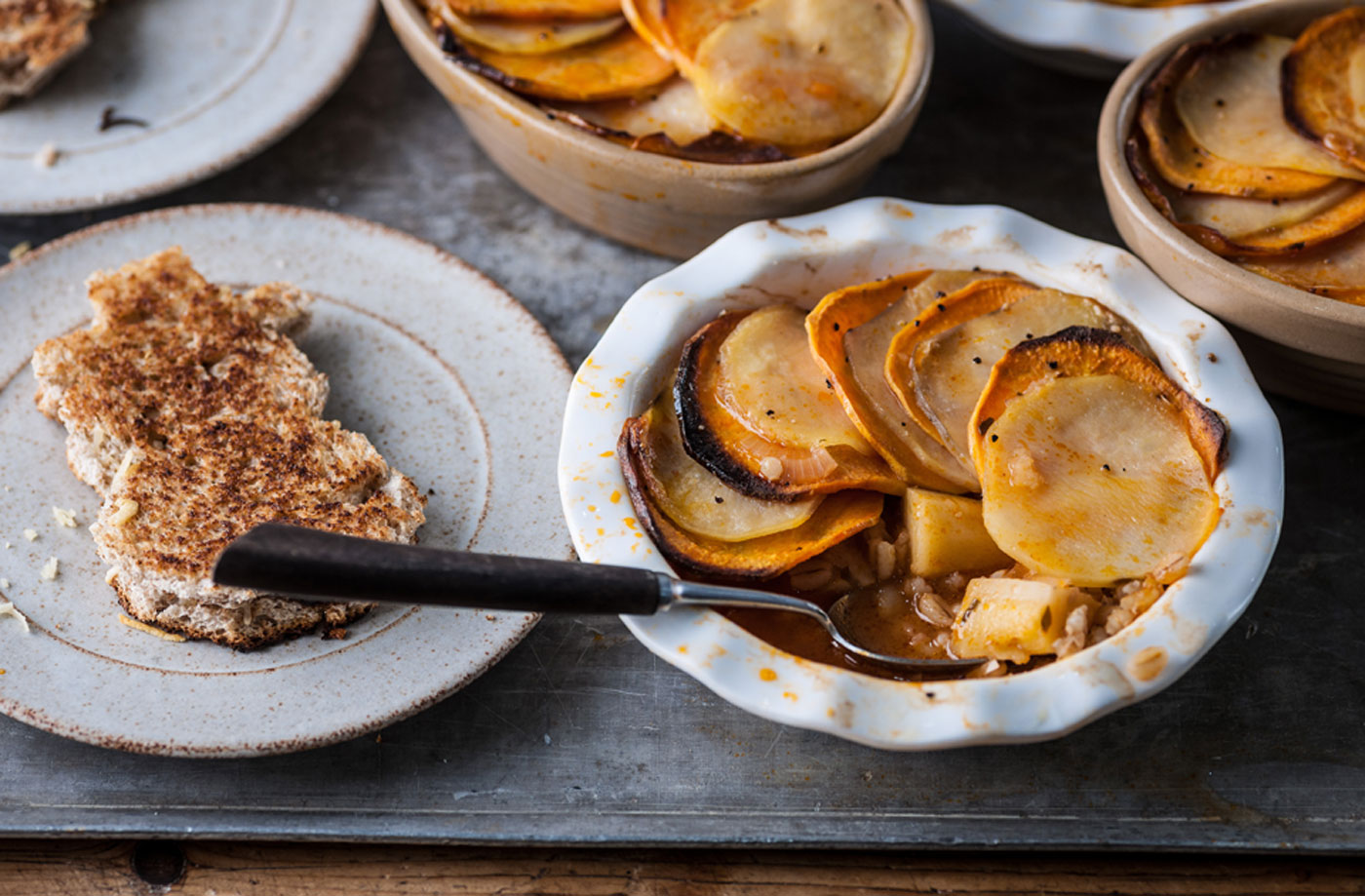 Lancashire processed almost 85% of the world’s cotton by the 1830s, that meant that it kept most of the working class population of this North- Western English County very busy. It was either that or coal mining. Either way, cotton manufacturing and coal mining were very tiresome jobs. Women did the spinning and men did the weaving. Children (expect for kids under 9) were also employed in the mills. Short time committees were fighting for a shorter 10 hour work day, but not for the men & women, for the kids. They would be kept at work for 12 hours, as much as the adults. So people didn’t have much time on their hands those days. And at the end of a long day the working family needed their meat and potatoes. But where was the time (and money) to cook a nice hearty meal? Let me introduce you to Lancashire Hotpot, you can’t get any more meat and potato- y.

Heat a thick casserole dish, in it melt a little butter or lard. Sautee the chopped onion and carrots. Throw in the cut meat and brown on a high flame. Add in the Worcestershire sauce. Pour in the stock and with it add the crushed pepper, thyme and some salt to taste. Simmer and layer the sliced potatoes over the stew. While building the layers, sprinkle a little salt and dot a little butter over every layer.

Now you may assemble and cook it in your slow cooker, or else, use your oven. You can cook it at 90 degrees Celsius for around 5 hours or at 160 degrees Celsius for 2. However if you do not have the liberty of the two options you may cook the dish over a low flame on your range for an hour. However you cook it, make sure the dish is thick bottomed and that it is sealed properly with a lid. You do not want to let out any moisture, the potatoes will need it. When it is done cooking, open the lid and with the top heat of your oven on, brown the top layer of potatoes until golden and crisp, unless they are already golden and crisp.