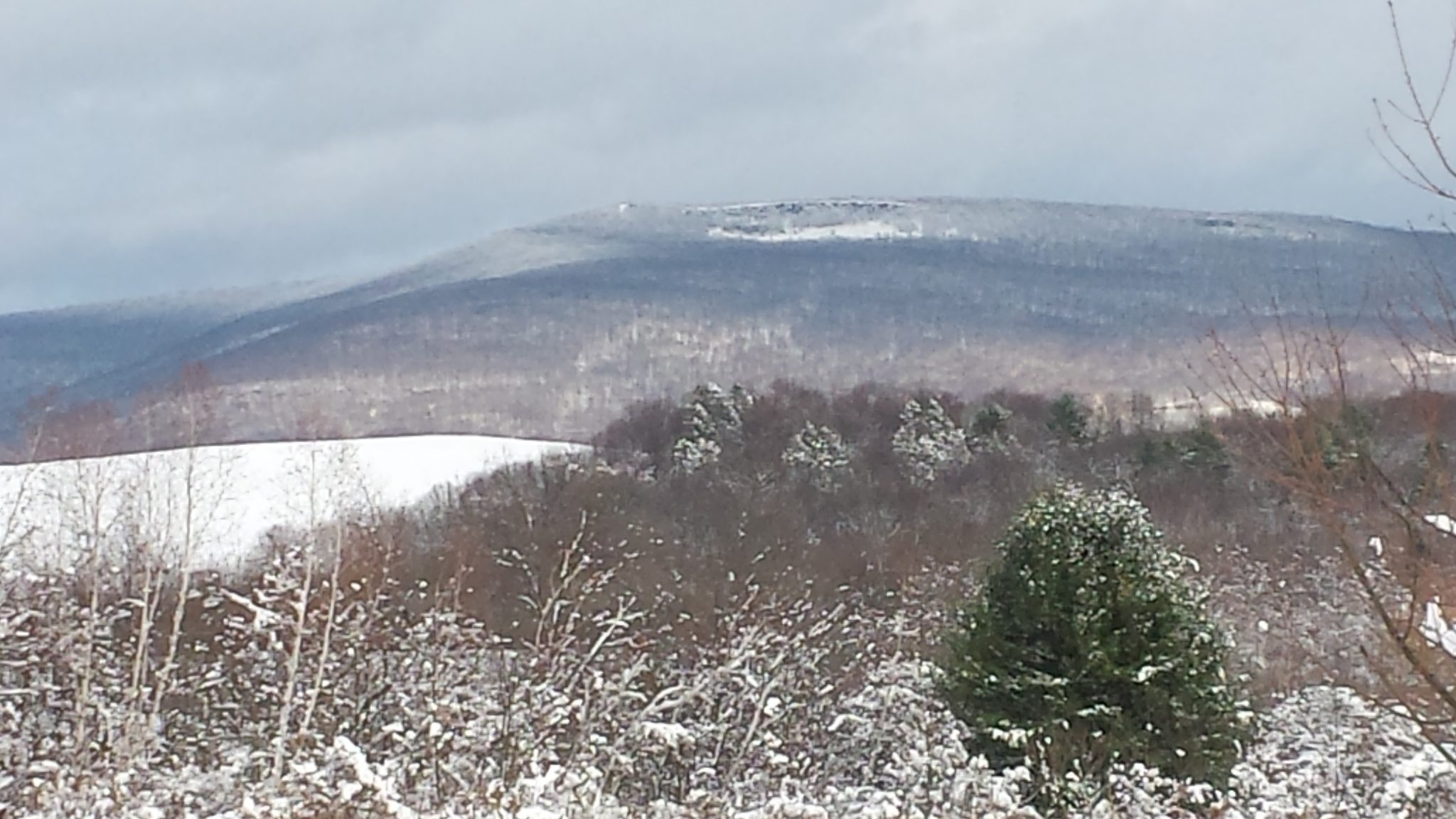 The Face of Bald Mountain

If you ask me there’s some powerful medicine in getting outside to take a hike. It’ll cure just about any troubles you’ve got on your mind. The only thing it requires is some backbreaking effort, a whole lot of sweat, and a willingness to push on even when you’re exhausted.

Last time I got to head out the door and up a mountain was in September. The dry and cool early-autumn weather is perfect when for when you take a hike. A few friends and I grabbed some water, a few beers, and a handful of fruit and nuts. For most day trips that’s all you need to make it up and back. We piled into a car and drove to our destination: Bald Mountain. It’s one of the highest peaks where I come from and demands respect. Many people forget that the Appalachian mountain ranges, though modest in height, offered the steepest ascents for early Americans. Bald Mountain is a prime example of this vertical challenge.

The climb is typical of a good Pennsylvania trail. Shale and other fragile stones jut out of the forested path like a spinal column, ready to snap off and plummet down the trail careening towards the people behind you. We take breaks when the trail flattens out to drink up and catch our breath. Because we hike quietly we were able to sneak up on a few deer on two occasions. The trail winds up and around the base of the mountain with plenty of opportunities to twist an ankle and run out of steam. But the regular climber knows that the worst ascent is at the top.

It’s a mad scramble to reach the peak; we literally have to climb with our hands up and over the boulders that dominate this portion of the trail. Bald Mountain received its name because of the light grey boulders that regularly calve off its face. These shards of the peak of the mountain are visible much of the year but are especially dramatic during the winter.

We hit the top, climb out over the rocks, and take a gander at the best view of northeastern Pennsylvania you can find. The victory makes everybody feel differently. My good friend and his brother receive a jolt of energy and hop from stone to stone. Another friend sprawls out on the sun-warm stone and celebrates another day when he decided to take a hike.

Me? I grow introspective and reflective after a good jaunt in the woods. That’s why I notice a rain burst in the distance. From my standing the clouds are dumping a lot of rain on one tiny area. It’s a pretty damn cool sight to see, but in my elevation elation I recognize this as a fine display of the power of perspective.

It hits me that the people in that rain burst are aware of one thing, and that is that it’s raining cats and dogs. It’s all they can see right now, and rightfully so. They’re in that moment, fully caught up in the experience, and it’s impossible to see anything beyond what their eyes can comprehend. Meanwhile I’m up on a mountain top fully aware that the rain burst is happening in one tiny, isolated area. The rest of the countryside is dry and relatively sunny in comparison.

Before my state of mind returned to its regular limits I realized how powerful an ability it is to change your perspective. By challenging yourself, pushing yourself, expanding your limits, you can reach a new frame of mind. You become aware that what you’re experiencing right now is not the climate of your life, it’s a mere rainy spell. Or maybe it’s a particularly sunny day and everything is golden.

Changing your perspective is easier the more often you do it. Kind of like climbing a mountain.

Next time somebody asks if you want to take a hike, take them up on the opportunity. Invite them to expand the energy expenditure into something a little bit bigger, a little more challenging. You’ll find something rewarding on the other side.

You just need a little perspective to see it.