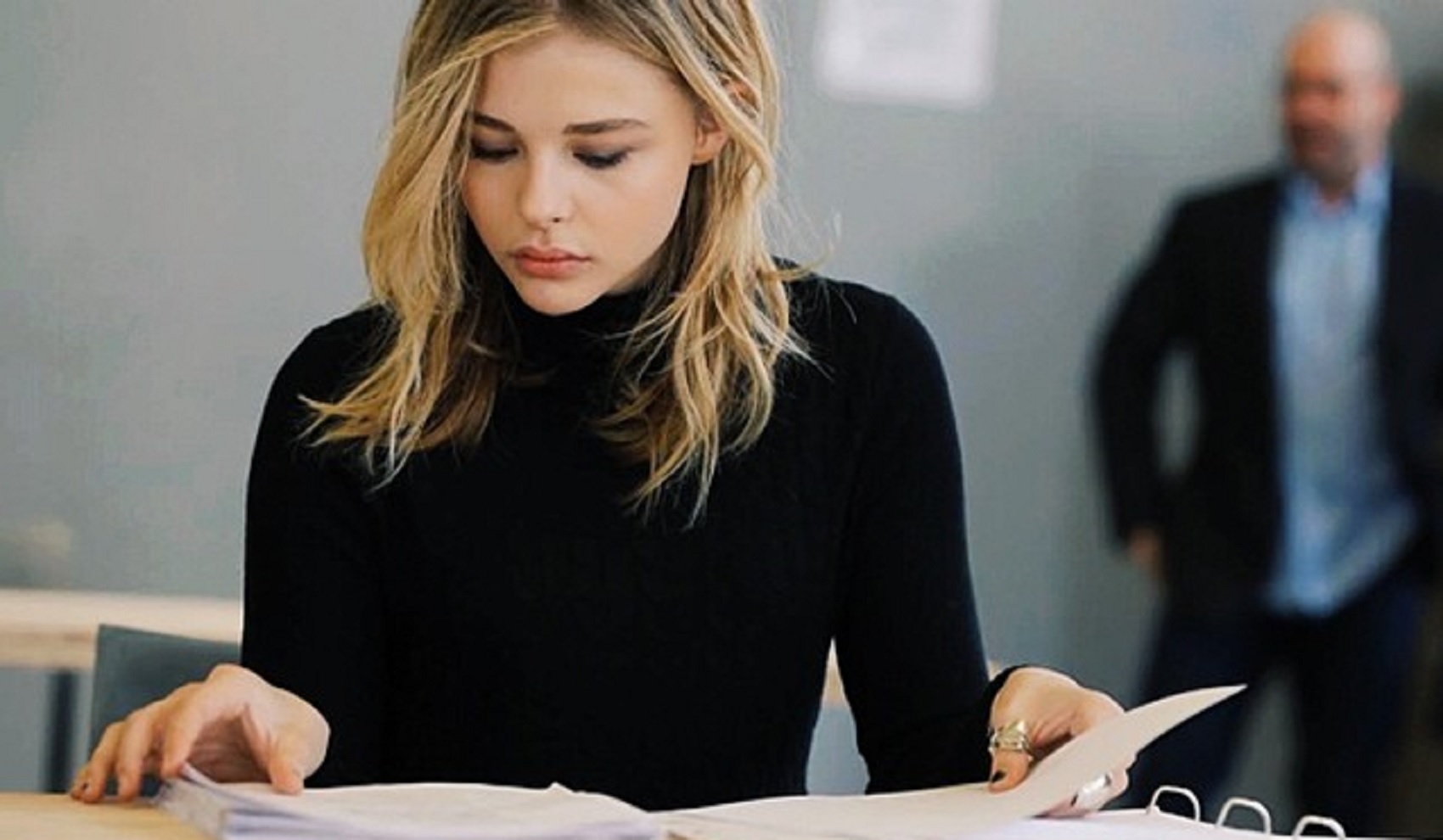 It’s sad to say that we live in a time where the idea for a script about a school shooting hardly seems original, but maybe the subject matter is still too fresh for Hollywood. There is a reason, after all, that screenwriter/playwright Scott Z. Burns (Contagion, The Informant) and Oscar winning director Steven Soderbergh (Traffic, Ocean’s 11 franchise, Erin Brokovich) brought The Library to the stage and not the screen.

Chloe Grace Moretz (Hugo, Kick Ass, Carrie) stars as Caitlin Gabriel, a survivor of a horrendous school shooting by a former student that left 11 dead and her permanently scarred, both emotionally and physically, by a shotgun blast. While it is the events that occurred in the library that day which are ultimately trying to be determined, Burns focuses more on the aftermath, the emotion rather than the actualities. How does religion help the mother of a slain girl cope? Or the family of a daughter who just barely survived? What memories are real and what aren’t? Does Caitlin remember correctly?

While Burns has you contemplating just how far the ripples go following a tragedy like this he also questions today’s media and the importance of fast over factual. As well as, the more common theme in the aftermath of events of this nature, where was God that day? During the play you get the answers needed to satisfy the narrative, but you don’t get the answers you need in reality.

The set is very simple: five library tables and two chairs at each table. The only set changes that occur are moving the chairs and use of lighting and sound to invoke emotion. From the opening scene of Moretz laying down on one of the tables it’s clear the play is going to be driven by the actors’ grief and anger and none of the cast disappoints. Moretz particularly shines from the first scene on where in a fit of sorrow you can actually see her leg muscles tightening from the bottom of her hospital gown and hear/see her panicked breathing throughout her body. As she struggles to tell her story with such pain and honesty you struggle to not yell out you believe her or offer a hug of support.