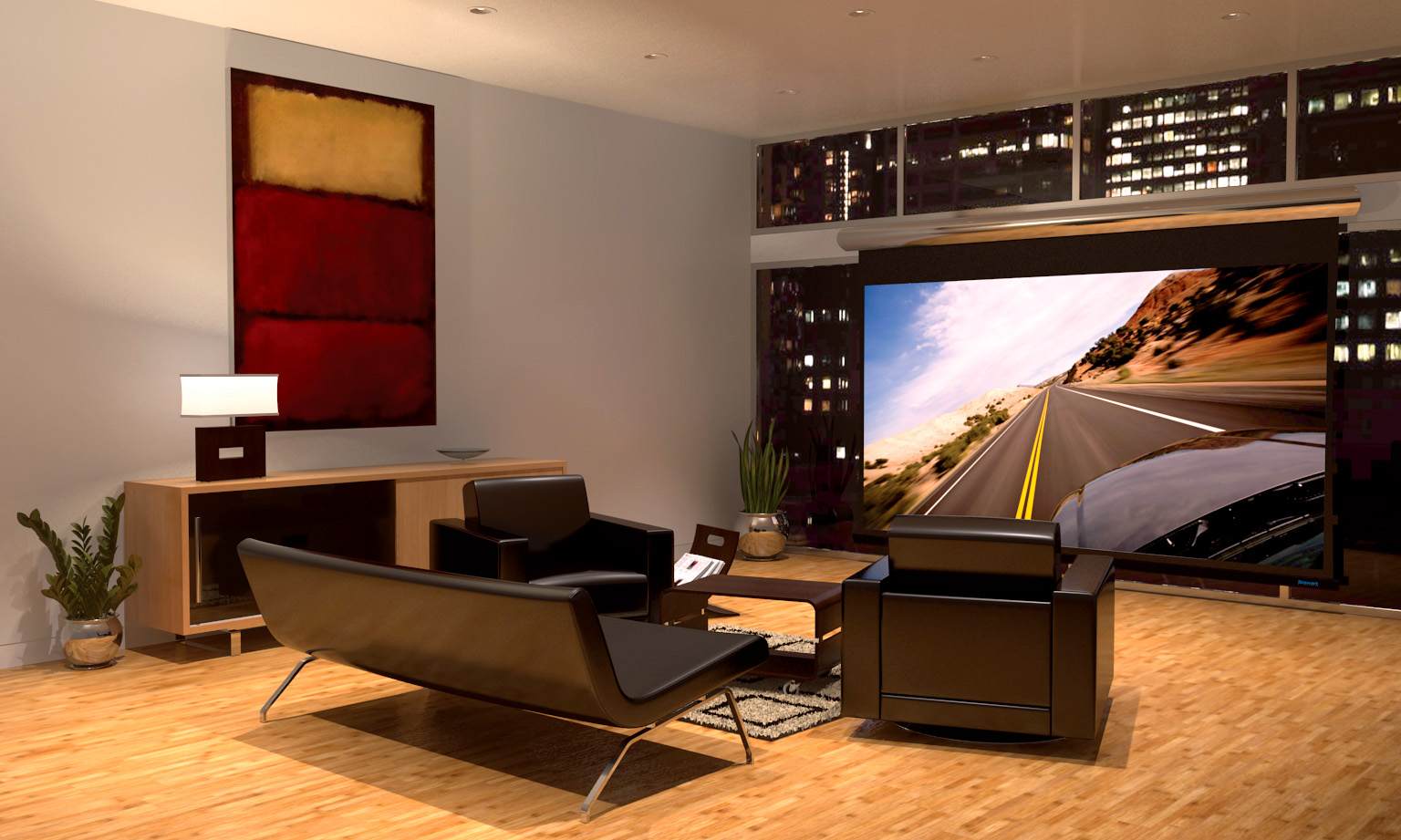 Projectors vs. Televisions: The Future of the Modern Home

Most homes have their largest room completely focused on an entertainment system. The furniture, the arrangement, and the design all place a television at the focal point. Modern homes are built with an emphasis on light and open space, so how will televisions fit into the home of the future? They won’t. 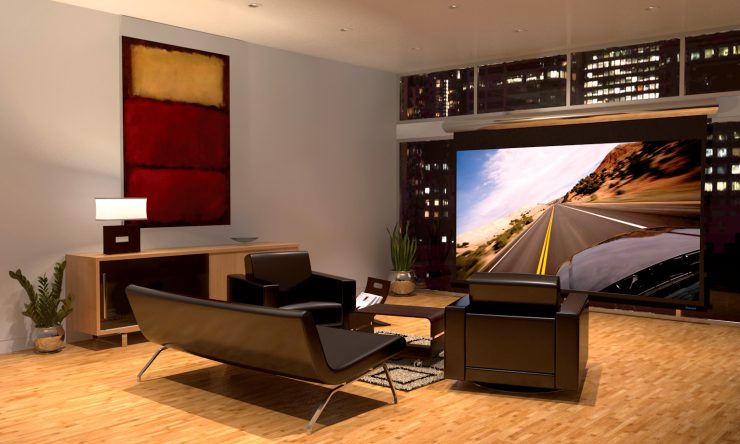 With more of the population living in urban rented apartments, not too many of us have room for unsightly black fragile rectangles. My apartment in downtown Philadelphia doesn’t have space for a monster stationary entertainment system, which is fine by me since projectors are the way of the future. 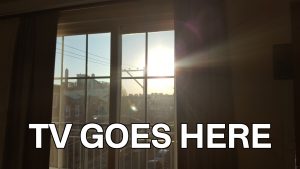 My projection system required a slightly higher investment in both time and money, but allowed me to create an unbelievable entertainment experience without sacrificing any of my limited square footage. When my Elite Screens 84” drop down screen rolls up at the touch of a button, I have full access to my balcony. When it rolls down, I can sit back and enjoy a 1080p 84” image and full 5.1 surround sound.

Televisions are great if you’re looking for a quick set up and a potentially cheaper system. But if you’re already investing in high fidelity audio equipment, I strongly recommend looking into purchasing a projector. The technology has advanced to the point where a mid-range projector between $500 to $1000 can produce theater quality images and play 3D movies, all while fan noise is virtually non-existent. 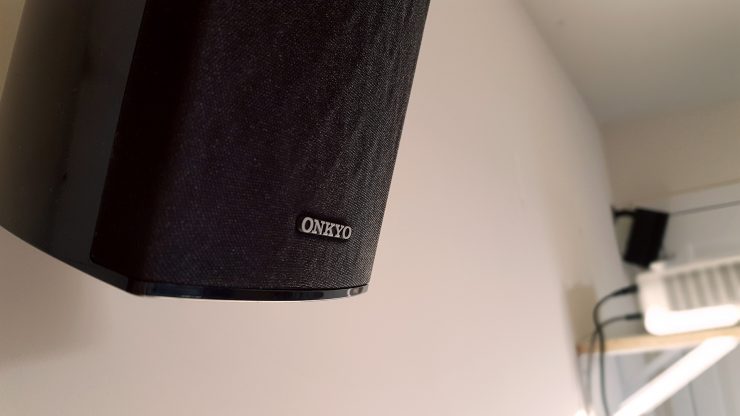 I went with the BenQ HT2050, a 1080p DLP projector that MSRPs at $799. My previous projector was a noisy beast in its “economy” mode, but this projector is like its sleek unobtrusive older brother. This baby purrs like a kitten and produces crisp and clear images without even exerting itself.

If you’re thinking to yourself, “I don’t have space for a projector… I can barely fit my TV in my room!” I encourage you to look into an ultra-short throw projector like the BenQ HT2150ST. Not only can this produce a 100” diagonal HD image from five feet away, it also has an approximate 16ms input lag, for all the gamers looking to upgrade their experience. To give some perspective, 40ms input lag is acceptable for most gamers, so 16ms is an indistinguishable time delta between button mash and fatality.

I’m going to be honest, there are some projector downsides, like ambient light control and lamp replacement costs, but even the negatives are small compared to the epic size of your new-found home theater

Ambient light can cause your image to look dull or washed out, so look for a wall or room where outside light can be controlled with blinds, curtains, or shutters. However, from my personal experience with the BenQ HT2050, I can easily overpower the ambient light that comes in through my blinds on a bright day. At night, I set the brightness in the 30% range, while during the day I have it somewhere in the 60s.

Speaking of brightness, projector bulbs do run out eventually, and can cost upwards of $300 to replace. However, most projectors now last thousands of hours running in a normal viewing mode and thousands more running in a lower energy economy mode. The HT2050 has a lamp life of approximately 3500 hours, meaning I could watch/play three hours of TV, movies, and games every day for over three years before my bulb would burn out!

A word of advice…

Plan everything out in advance. This may sound trivial, but I have spent hours upon hours making sure the various systems all fit together properly — and I still managed to screw it up in a few places.

Most notably, I didn’t take into account that my projector includes an automatic upward angle of 30 degrees. So, after I drilled into the wall, attached a shelf, and threaded the wires, I was overjoyed to find that it illuminated the ceiling instead of the empty projection screen directly in front of it. My temporary solution is to rest it upside down on the same shelf, and prop it up with random folded papers until my ceiling mount arrives.

If you’re contemplating building your own theater system, or just want to compare projector stats, I recommend using the distance calculator by projector central as well as perusing the reviews and ratings they provide. These guys know their stuff, and their distance calculator can help you decide which projector will fit your room/apartment and screen size.