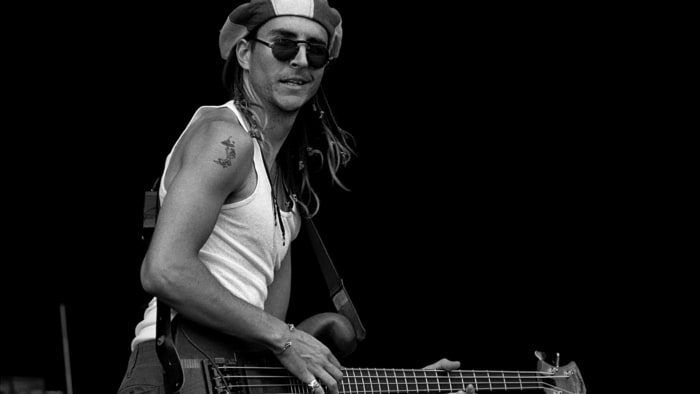 One of my top five favorite hobbies is ignoring the responsibilities of the impending week. I’m not shy about admitting that on Sunday nights I’m about a six-pack deep and burning my candle on both ends.

Usually, I’m cruising some weird shit on YouTube. Most often it’s about Bigfoot, aliens, and how string cheese is made, but at regular intervals I’m jamming along to some weird music. Sometimes it’s something new, but I’ve got a habit for indulging in some old favorites. The groups are different most times, but a regular feature is the band Primus. After touring their online music catalog, I’ve decided something irrefutable; Primus sucks.

I’m a quiet guy. Sure, I’ve got my high and excitable moments, but at my core, I’m withdrawn. Quiet and calm, even. At times it’s a frustrating quality to have when self-aggrandizement and a personal promotion carry an all-time high wealth. All the time I’m bombarded with advice that I need to sell myself, pimp myself out, let everyone know how god damn great I am.

But that just doesn’t jive with me. It doesn’t sit right with me; Nah, I want to allow my work, my passions, and my personality to breach through the murk even if I don’t want to flash it all over the place. Even in the face of belligerent advice urging me to sell my qualities and succeed the way I ought to, I say, “Nah man, I’ll do it my way.”

It can be frustrating at its best, but I’m alright with that. As long as my head hits the pillow with thoughts of “You did it your way, man,” I can sleep soundly.

Isn’t that what we’re all looking for?

If you aren’t familiar with the band… well, you probably are and you don’t know it. The lead singer Les Claypool performed the iconic intro to the South Park show and has performed with musicians like Tom Waits, Buckethead, and Limp Bizkit. Way back in 1989, his band was a fledgling success in Berkeley, California. Before the release of their first album, Frizzle Fry Primus was playing local shows, including the KZSU Stanford radio station.

And at a moment when the band had an opportunity to promote themselves, to sell their name and how god damn awesome they were… they didn’t.

No, instead of the band frequently insisted that “Primus sucks” and poured their energy and efforts into the music they were creating. If you don’t believe me, you can watch the moment here when lead singer Les Claypool refuses to aggrandize the band:

Instead, throughout the entire (amazing) performance, Les insists that Primus sucks. It doesn’t make sense; where’s the sales pitch, the call to action?

Like them or not, the band members are extremely talented, and as they’ve gotten older their performances have become tighter. They’re a famous band, guys who put it all in and are making music for a living. It’s an exceptional display of where luck, talent, hard work, and dedication will land you. But selling yourself? Nah, that video’s proof that the band didn’t do things that way.

It boils down to a bit of satisfaction and affirmation that we don’t need to pimp ourselves or strut around like gorillas with swollen chests and heads tilted back to succeed. Maybe our work can stand out by itself if we pour the energy of that braggadocio into our passions. I imagine the go-to accolade “Primus sucks” is a great way to take the pressure off, too.

For the introverted and the modest, that’s a damn fine thought.