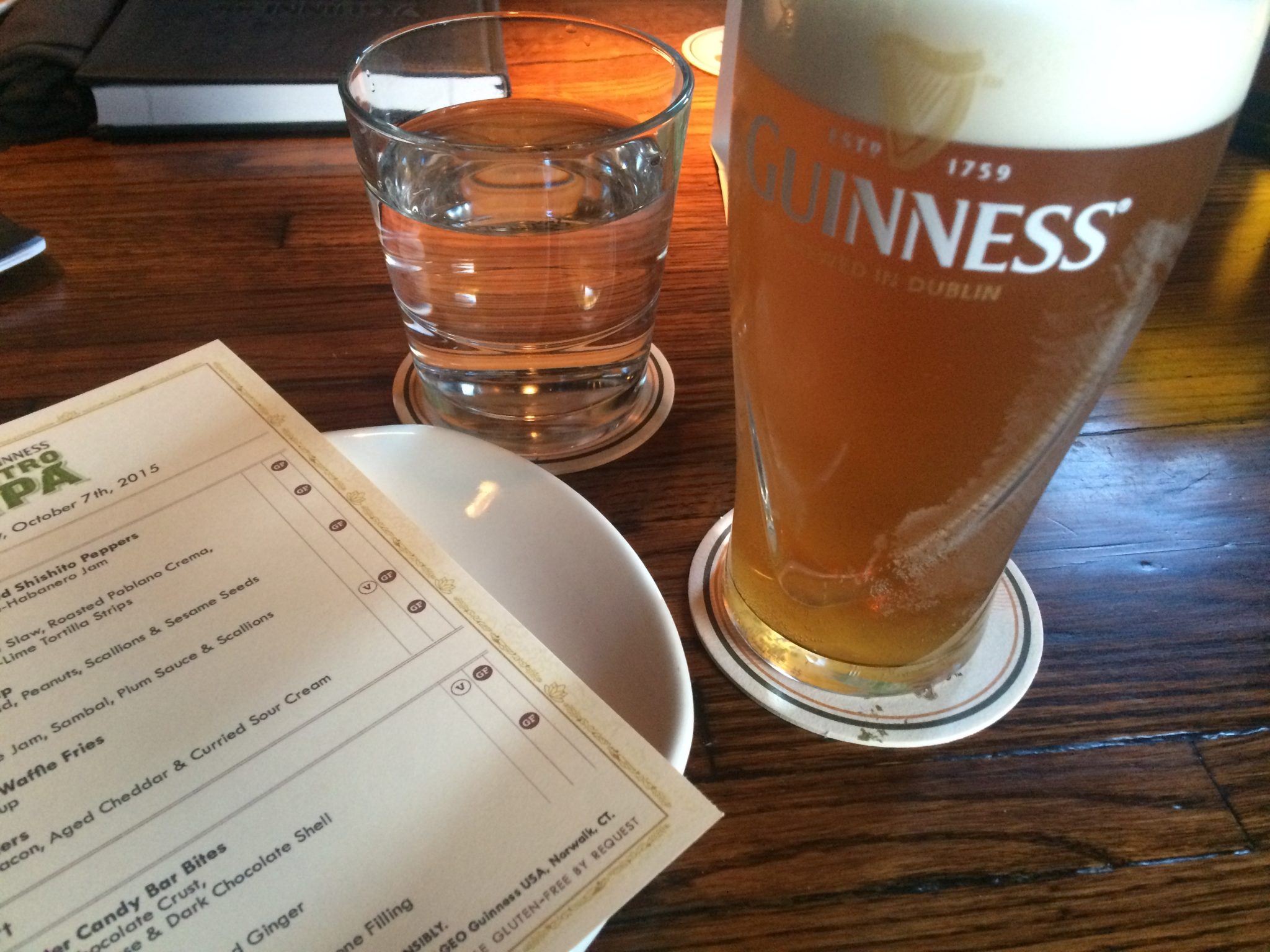 Guinness Nitro IPA is a beer with a major identity crisis and that is a great thing.  When you look at Guinness Nitro IPA and their original Stout from 1759 the similarities are striking, but it is the differences that set this IPA in a league of its own. They both use the same malted barley grown not far from St. James Gate in Ireland, the same yeast strain that has been preserved for over 250 years, and they both use the same method of Nitrogen carbonation.  Even though the Stout and IPA share similar traditions, this new IPA is very much its beast of its own.  The distinguishing facet of the Nitro IPA is that it features 5 hop varieties; Admiral and Celeia are used in the boil for bitterness, then Challenger, Cascade, and Topaz are dry hopped for aroma.  This beer proves that Guinness’s roots and traditions are as strong as ever and they still have the capacity to surprise and innovate.

Upon pouring the Nitro IPA from the can to a Guinness glass the beer surges in the traditional fashion and builds that recognizable head that is very thick, pure white, and about a quarter inch deep.  The appearance is characterized by a beautiful golden color with a rich hue that refracts light brilliantly and cleanly.  The nose is underwhelming but pleasant with slight citrus notes from the aroma hops used in the dry hopping process and a faint malty character from the malted barley. In taste this is in no way a hop-forward beer, but the hop profile works very well in that it adds depth to the crystal grains taste and expands the flavor in complex and unique ways.  The hop notes are noticeable and extremely pleasant on first taste, and they do not linger in aftertaste whatsoever.  This beer is astonishingly balanced with the Nitrogen carbonation balancing the hop flavor perfectly.

Guinness Nitro IPA is a bold move, and it pays off. The surge, head, and balance due to Nitrogen are all classic Guinness but the hoppy notes and golden color are pure India Pale Ale.  Everything in this beer is in perfect balance and I would recommend Guinness Nitro IPA to stout fans, IPA fans, and those looking to cautiously expand their palate into hoppy beers.

Error: Access Token is not valid or has expired. Feed will not update.
Type to search or hit ESC to close
See all results