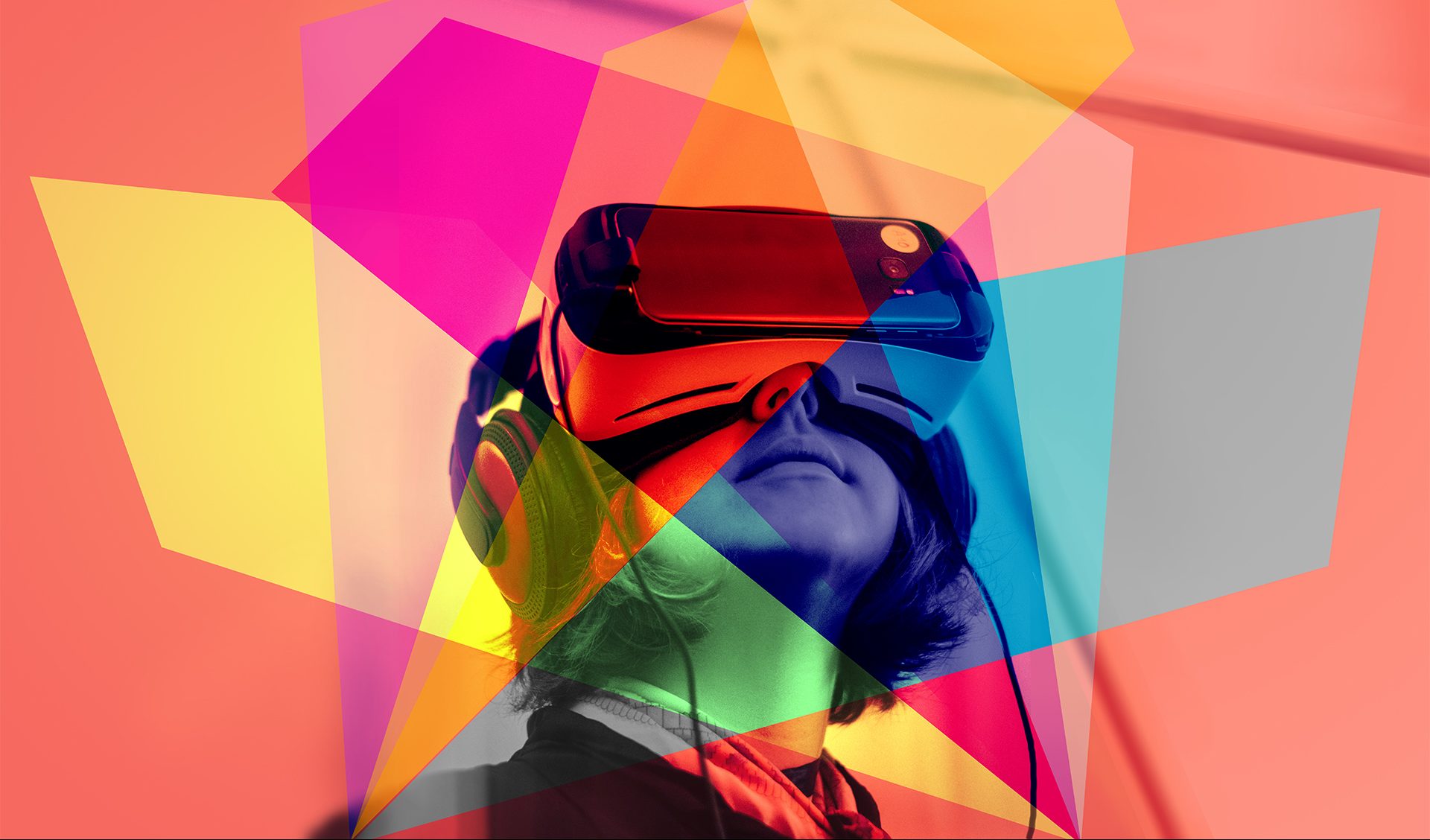 The Do’s and Don’ts of VR: A Virtual Reality Breakdown

Fly through the air, fight in epic space battles, and see the world through the eyes of nomadic goat herders. These are just a few of the first-person experiences offered by VR, or virtual reality. However, not all experiences are created equal, and with brands and media outlets raving about VR it’s difficult to know which headset and what price range is right for you.

After multiple test runs with different VR devices, I can safely break down the VR categories into digestible bites. Let’s dig in.

If you’re looking for a simple escape from reality or to kick back in your own virtual home theater, check out the new Google Daydream View. Priced at a very reasonable $49.00, this is a great introductory foray into virtual reality.

Made from breathable fabric, this headset is relatively comfortable to wear and looks the least clunky, but there have been complaints about light leakage through the sides of the device. Attach your 5 inch or 5.5 inch Google Pixel smartphone into the slot on the front of the View and connect to the headset via NFC, or Near Field Connection. 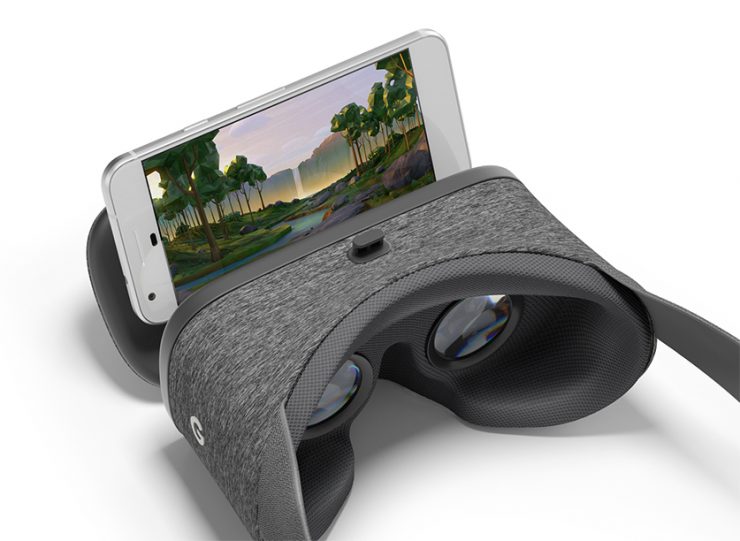 Once connected, use the provided remote to navigate through the Android companion app. Download compatible games or search for other apps like Netflix VR and Youtube VR.

Keep in mind, this headset only works for Google’s Pixel phone lineup and has a limited compatible app library. However, VR is becoming a larger and larger focus for Google, so be on the lookout for massive increase in compatible apps for this device.

With a much larger compatible app library and a more secure fit, the Samsung Gear VR is the next step up at a reasonable $99.99. 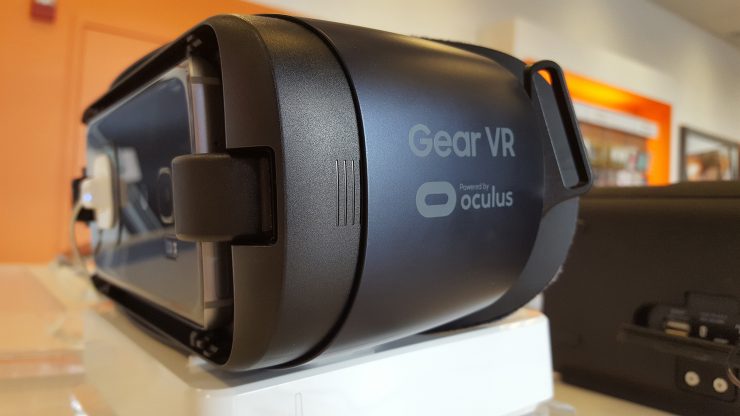 The Gear VR fits snugly against any size head, allowing little to no light to leak through the sides. Although it comes with a trackpad and clickable buttons built into the side of the device, any serious mobile gamer should purchase an external Bluetooth controller to get the full experience the Gear VR has to offer.

Connect your compatible Galaxy device via micro USB and clip it to the front of the Gear VR. Once you select your app, whether it be Netflix VR or GunJack, make sure you sit down; I’ve personally seen one or two customers fall over within a few seconds.

For the casual gamer looking for a new challenge, the PS VR was made for you. Unlike the Google Daydream View or the Gear VR, we are now in the tethered virtual reality sector. Video processing has now moved from the headset to a stand-alone computer, or in this case a Playstation 4.

If you don’t already own a PS4, the grand total comes to about $1000 for a 500GB PS4 and the PS VR Launch Bundle, which comes with the headset, VR controllers, the Playstation camera, and the VR Worlds game.

With the higher price-tag comes a much better experience. The total resolution of the PS VR is 1920×1080, or 960×1080 per eye, so right off the bat you are getting a much higher resolution than any virtual reality experience that a cellphone can provide. Playstation also provides more mainstream VR titles like Ace Combat, Batman Arkham VR, Resident Evil 7, and Gran Turismo. These are not simply older games played on a VR headset; all of these games have been optimized for the PS VR system so you can expect seamless integration with the sight, sounds, and controls offered by the PS VR.

For those accustomed to bottles of Mountain Dew, gaming sessions that last till dawn, and “Rigs” that run so hot they need to be water cooled, the Oculus Rift or the HTC Vive are the top of the line Virtual Reality headsets on the market today.

If you are looking to venture into this space, be warned, you need a serious gaming computer to play these games how they were meant to be played. I own an Asus ROG with a 2.6Ghz Core i7, a Nvidia GeForce GTX 965M GPU, and 16.0 GB of RAM and I don’t even meet the lowest benchmark for Steam’s HTC Vive or the Oculus Rift. Before you buy, run a diagnostics check through Steam or download the diagnostics program on Oculus’ website.

If your Rig is up to snuff, then you probably don’t need my two cents, but for those who are thinking about making the $1500 to $2000 investment in a quality gaming computer plus a HTC Vive or Oculus Rift there are a few differences you should know about. Both have 2,160×1200 OLED resolution, 90Hz refresh rate, and 110 degree viewing angle. The main difference comes in the software and sensors. The Vive spouts 37 sensors and a front facing camera providing a Chaperone feature that outlines potential hazards in your physical space within the virtual reality (like the Matrix, but blue!) What the Oculus lacks in sensors it makes up for in games with a 53 and counting VR compatible game library.

Personally, I am waiting for the next generation of virtual reality devices to come out. The available headsets are either too expensive, too clunky, or rely on my phone (which is not quite there in terms of the pixel density for me.) I’m willing to wait and see what comes next, because I have a feeling that the next generation of VR will make us question the nature of our reality.