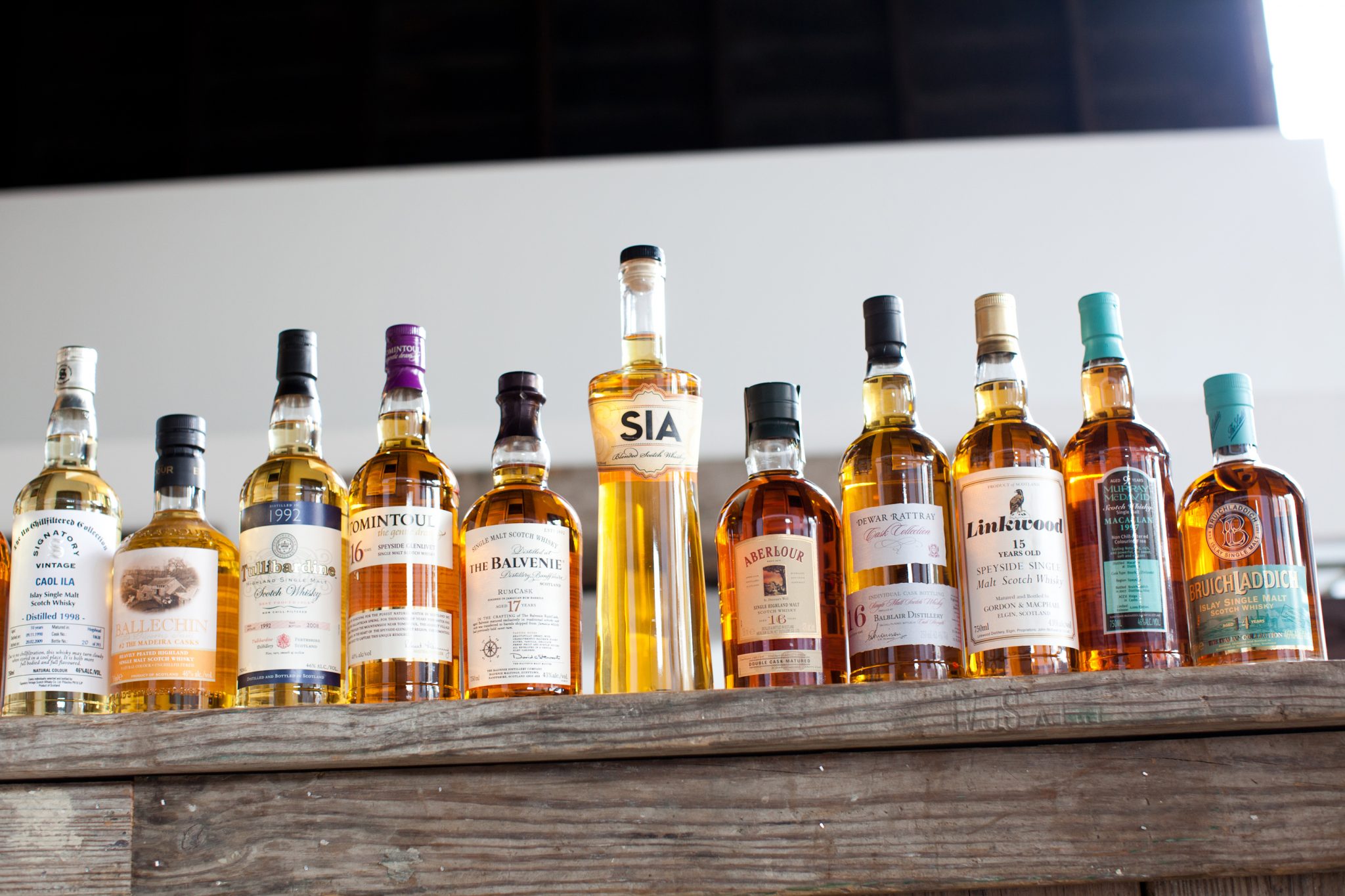 One night can change your life. Maybe you run into an old friend who diverts your established trajectory. Maybe you fall in love. Maybe you see something that forever alters your perspective. But these nights that change us suddenly and irrevocably? These nights that set us on a new course? You can’t see them coming. 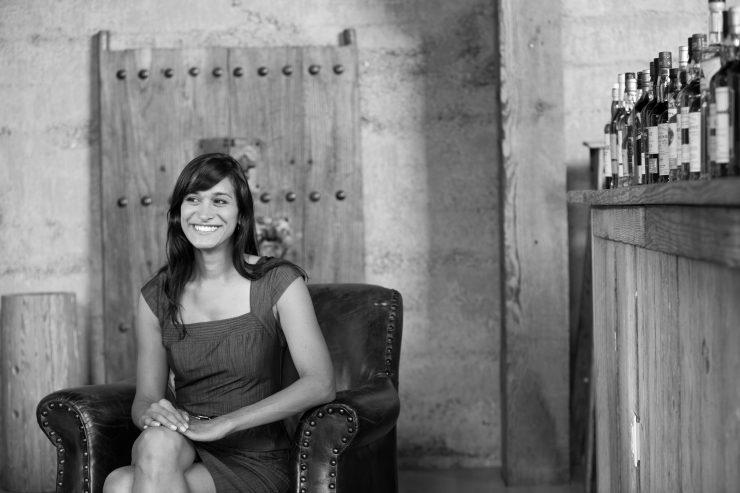 Flashback to 2002, when digital designer Carin Luna-Ostaseski was at the tail end of a long day of work and a friend invited her to have a glass of scotch. At the time, scotch was not Carin’s proverbial cup of tea.

“Yeah, so I was a total cliché,” she remembers. “I was that girl dressed all in black, living in New York City, hanging out at hotel bars, drinking martinis. I even had that silly way I ordered them, thinking I was all fancy…”

She told her friend no; she didn’t drink scotch—she’d tried it once and thought it was too strong. He persisted: “One time? That’s like saying that you don’t drink red wine, because you had one red wine, once. Come on; you just haven’t found your brand yet. Let me take you on a whiskey adventure.”

That night she fell instantly in love…with Oban 14. “I love the complexity, the delicate flavor balance,” she says. While staring into the amber depths, she realized she deeply appreciated the very nature of scotch—a legacy drink that requires a patient and thoughtful approach to production. “I love that whiskey makers are putting the product into barrels for future generations—whisky they may not get to taste when it’s finally aged,” she explains.

Carin and I have a few things in common. The first scotch I ever drank was Cutty Sark, and I thought (correctly) that it tasted like furniture polish. I didn’t touch another bottle until several years later when my friend Jeff insisted that I try The Glenrothes, which was a revelation—the delicate smoke, the honeyed depths! I’d never tasted a booze so delicious in my life. I’ve been drinking scotch ever since (though not continuously).

Over the years, I’ve acquiesced to many friends’ invitations to go on “whiskey adventures.” The difference between Carin and me is that my whiskey adventures left me with a taste for expensive scotch and many a brutal headache, and Carin’s inspired her true life mission.

Today, Luna-Ostaseski is the founder of SIA Scotch, a brand that won a 96 point rating from the Ultimate Spirits Challenge, beating out Lagavulin, Glenmorangie, Laphroaig, and Glenlivet. Whiskey Advocate has called it “outstanding,” and BevMo recently picked up the brand for distribution.

SIA is affordable (below $50 a bottle), and its branding doesn’t shout “scotch!” The bottle is tall and slender; the label simple and bold. And neither is the flavor an assault on the senses. Luna-Ostaseski made accessibility in price, appearance, and flavor her top priorities because her goal is to introduce scotch to new demographics, taking it beyond the spirits’ traditional market: old white men. As the 40-year-old daughter of Cuban immigrants, the former digital designer is well-suited for this task.

Her journey from enthusiast to entrepreneur is a scrappy tale. It all goes back to the night of whiskey adventure. She wanted to share that thrill of discovery with friends and became something of a scotch pusher. In her quest to make converts, she soon pinpointed that people were turned off by the peaty nose, which can be overwhelming to first-timers. She needed a scotch that was alluring and easy to drink but with a complexity that would convey the wonders of the spirit.

“I started taking two whiskeys that I thought could balance each other,” she explains. “I’d get three glasses and a mixing jar, and I’d sit in my kitchen and experiment with ratios until I got something I liked.” This experimentation was fun, and she began hosting blind tastings of her concoctions. “You start to get reactions from people,” she says. “Eventually there was one clear blend.” 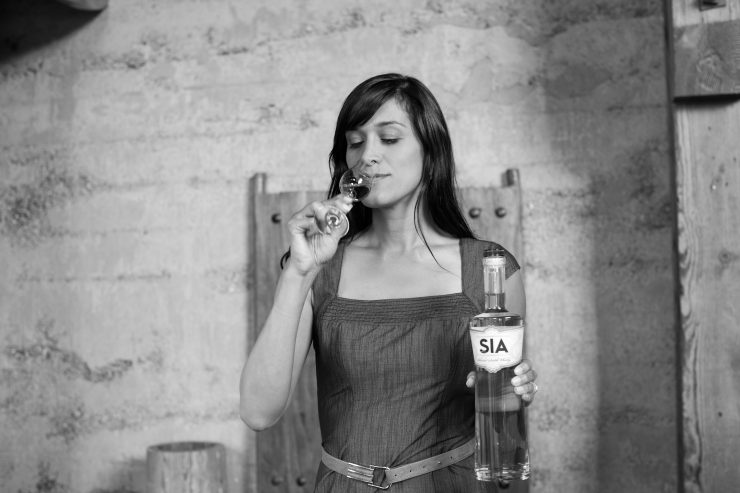 Not too far into her ongoing whiskey adventure, Carin realized that spirits were her true passion. But getting from daydream to reality took some footwork. Eight years and a 40-day Kickstarter campaign later, Luna-Ostaseski launched SIA.

In the early years, she faced a certain skepticism from the traditional scotch community. “Trying to find a partner was almost impossible,” she says. “I got 80 No’s from people. No, we’re not interested. No, we can’t help you. No, you’re crazy what do you think you’re doing?”

She finally found an ally in Lauren Shayne Mayer of Spirit Imports, and Mayers connected her with Douglas Laing & Co., a Scottish distillery that agreed to work with her specifications. To create the desired blend, Laing would send Luna-Ostaseski samples via mail. She would blind taste and offer feedback. “They told me to make sure to taste it in the morning before you brush your teeth–that’s when your palette is cleanest,” Carin recalls, laughing. 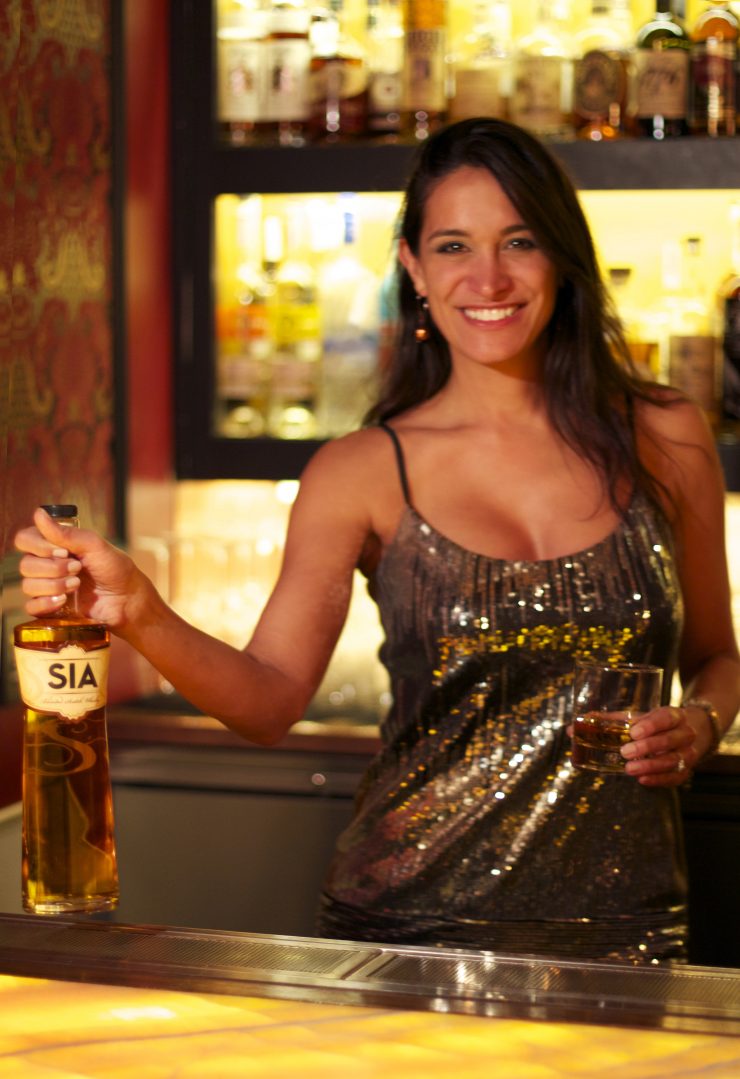 As a woman who was born in the 70s and tends to enjoy things that are traditionally male, I will tell you that it can be intimidating to step into the realm of the old world aficionados. It can be difficult to voice your opinion when you’re told that certain interests are not your natural domain. Even if you’re passionate and knowledgeable, the hurdles are numerous and insidious. And I’m simply talking about gaining the confidence to say what I truly think about a given bottle of scotch–not the confidence I would need to create my blend and then weather the pushback from old guard snobs. So I’ve got to hand it to this lady. For lack of a better word, that takes serious balls.

But I can see why Luna-Ostaseski is confident. SIA is good. The 86 proof blend is 50% Speyside, 40% Highland, and 10% Islay.  I’ve been something of a single malt snob, so I was pleasantly surprised to discover that this blend is delicious—it’s smooth, with a strong vanilla profile, a breath of citrus, a honeyed body, and a delicate hint of smoke. In the interest of science, I decided to compare it with the single malt I had on hand—a 12-year Glenlivet. I found the SIA more pleasant—less complex perhaps, but also smoother and less bombastic.

In a world too often obsessed with the gritty and disturbing, there’s something to be said for the pleasant and beautiful–especially if it’s also bad ass.