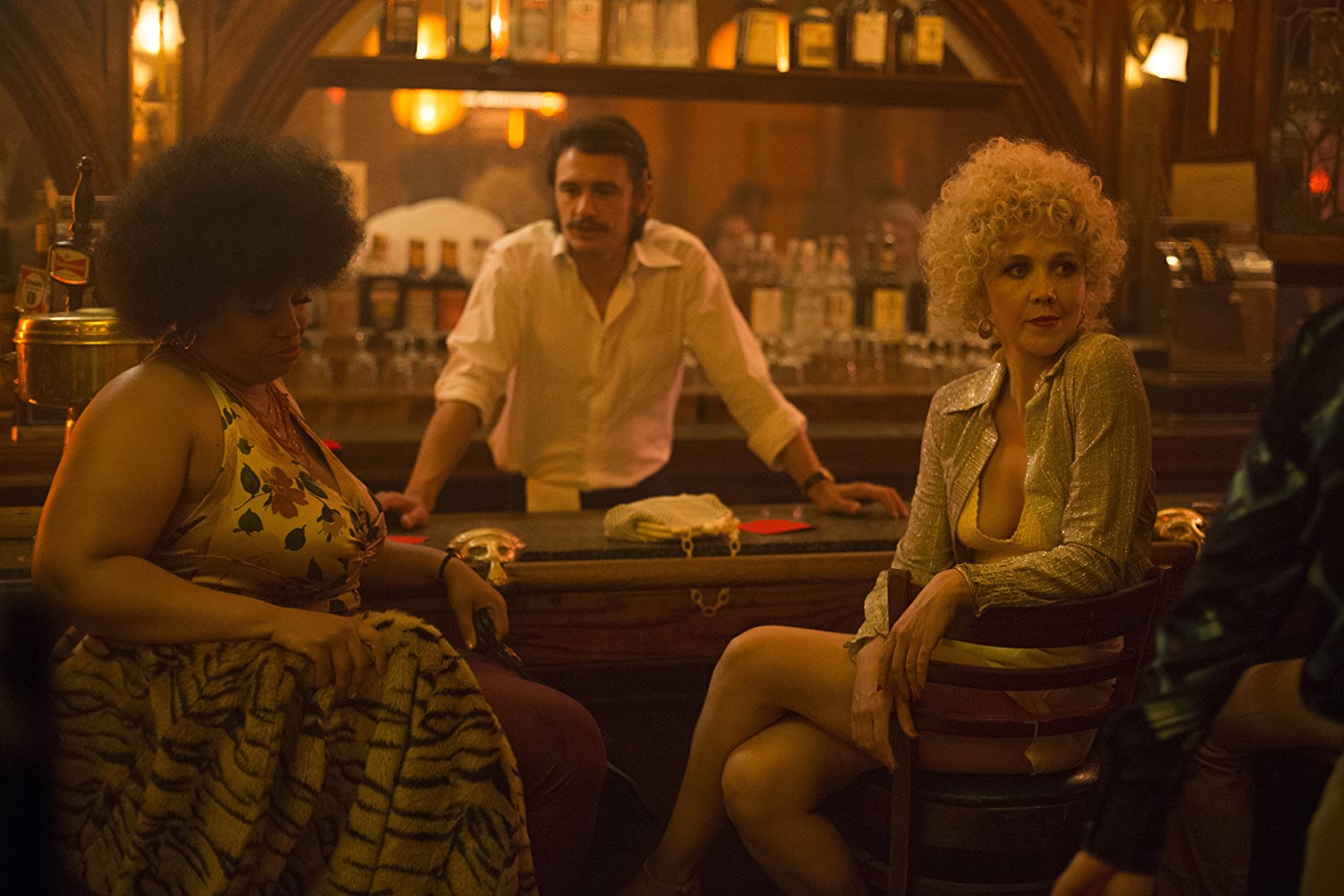 I probably don’t have to tell you this, but sex sells. And I’m honest enough to tell you that’s why I tuned into HBO’s new show, The Deuce, when it debuted last Sunday. Well, that’s one of the reasons, the other big one being that it’s an HBO show, and after The Sopranos and Game of Thrones, hands down two of my favorite TV shows of all time, I’ll always give the premium cable channel the benefit of the doubt.

But let’s face it, I started watching those shows cause of the sex too. I’m pretty sure I’m not the only one that HBO is targeting with their latest series though, because unlike those two skin-filled showed, there’s no pretense about The Deuce being about anything but sex, as you can hear at official synopsis level:

Of course, The Wire is a show that also finds itself on many folks’ Top TV Shows list, although I can’t say I bit after watching the pilot episode. I keep saying I’ll go back and watch them, but then I keep forgetting to do that. Perhaps The Deuce will finally convince me of its must-see-ness. Having seen one episode, I will say it has convinced me to at least watching the current show, although … spoiler alert … we’re far from porn at this point, so if you were expecting to see some well-lit midget threesomes, sorry (although I’m keeping my fingers crossed for later in the eight-episode first season).

But before we get to AVN award winning scenes, like The Wire, we go straight to street level, to 42nd Street between Seventh Avenue and Eighth Avenue in Manhattan, aka The Deuce. And oh what seedy characters we meet. Also like The Wire (and GoT and The Sopranos), the show features an ensemble of characters, all sustained by this shitty stretch of concrete, including Franco, who plays both Vincent and Frankie Martino, twins, one goodish, the other baddish, who are both forced to become mob fronts because of the baddish one’s gambling problems. And guess who wants in on the new porn industry? Here’s betting they take any glamour you might have imagined right out of it. And there’s little glamourous about the supremely ‘70s pimps and sex workers either, although Gyllenhaal’s head-strong hooker is easy to love.

Both Gyllenhaal and Franco are well-supported by a veteran ensemble (including Method Man and Ralph Macchio!). With talent to kindle, the slow burn is likely to last, as the synopsis points out: the show covers a full decade-plus worth of time. From what I’ve seen so far, that’s a very good thing. And since I love having a date with HBO on Sunday nights, and was disappointed when Vinyl, another sex-filled-NYC-in-the-‘70s show, got cancelled, I think I’ll be tuning in again this Sunday. Will you?