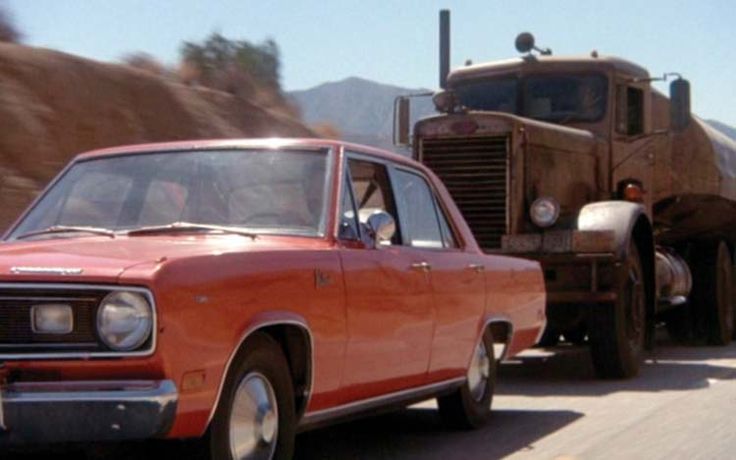 There are only a few things in life that are guaranteed: death, taxes and great car movies being churned out forever. You only have to think back a matter of months for your brain to spark with images of The Fate Of The Furious, Baby Driver and Mad Max: Fury Road to name but a tiny dollop of them. Of course, the big reason for car movies being a hit in Hollywood is to do with their being very little in the way of limitations. You can drive down pretty much any avenue you like, from a racing movie to a heist flick to road trip film. So long as the majority of the film is set in or around cars, you have a car movie. That’s the only steadfast rule and, trust us, that rule has seen some seriously badass and iconic car movies hit the silver screen over the years.

That’s the point of this article. We want to take a minute to go through some of the best car movies of all time, taking in all the different variations. The reason for this is simple: to prove why car movies will never fall out of vogue. The style of storytelling is just too eclectic. There are petrolhead classics, cult winners, modern blockbusters, those that have the budget for an auto accident or sixty, art-house films and even some that step outside of these niches.

So, without further ado, here is a subjective guide to the best car movies ever made. Oh and, just in case you wondering where entire franchises are hiding, we’re just picking the best film per series. Enjoy.

This film stole headlines the world over for being a stylistic masterpiece backed-up by moody shots and a crazy cool soundtrack. But while we thought the hype was somewhat exaggerated, it’s a modern classic for all those petrolhead movie fans from the 70s and 80s. It’s essentially a gangster film about a stunt-driver-slash-getaway-driver who prefers to inflict violence than an expression of any kind. It’s cool, though.

For us, this changed the game of what a car movie could be. Everything about it was mind-blowing, from the cockney accents, the one-liners, the backdrop of Turin and, above all else, the fact they were stealing millions of dollars in gold bullion from the mafia in Mini Coopers. It’s the film that so many subsequent films owe their bottom dollar to, especially the Fast & Furious franchise. Yes, it’s a silly movie, but it’s full of charm and charisma and moments of genius. “You were only supposed to blow the bloody doors off”. If you don’t own this DVD, are you even a car fan?

We’re a little bit ashamed of ourselves for mentioning The Transporter because it’s cheesier than a French dessert. It’s silly and stupid and the lead is played by Jason Statham, all of which made us not want to like it when it came out. But this is actually one of the most underrated films of all time. The acting is a little weak, the idea of asking no questions about your cargo is a little unbelievable and the stunts he manages to pull off are ridiculous. And yet this is an incredibly fun, freewheeling, and brilliantly French action movie from one of the best action-makers in the game: Mr. Luc Besson. He goes for broke, and he certainly did with this one. Please, we implore you, go and rewatch this one. You’ll be pleasantly surprised.

The film-purist in us wants to mention the original, but the movie-lover in us just wants to worship Nicky Cage and ride in Eleanor. This movie is more badass than Lenny Kravitz, and it’s all down to the impossibly slick eye of Jerry Bruckheimer and that huge cast. Essentially, it’s a film where Nicolas Cage – the ultimate carjacker – has to steal 50 cars in just over an hour and a half or his kid-brother will get killed in some gangster-gruesome fashion by a guy with a really non-threatening nickname. But this heist film manages to make it so smooth and epic, his team of big names combined with the mad stunts making this almost too enjoyable. It’s going to live on as a classic forever.

This was the first car movie we remember seeing and, for most people, there first look at Spielberg’s ludicrous talent. Trust us: only Steven could make a movie about a pretty calm commuter being terrorized by a mysterious truck driver for no discernible reason this thrilling. It’s a game of back and forth between two very different characters – it’s cat and mouse between man and fate – and it is edge of your seat. Period.

Forget about Fast & Furious for a moment because the greatest car franchise has always been the Mad Max world. George Miller’s vision for stunt-heavy, dystopian world around car-modifying mobs is like nothing else out there. The only tough thing was determining which film deserved to be on this list – The Road Warrior or Fury Road. But what pipped it was the way the latest installment just took all the grit and darkness and terror and turned it up a notch. It’s a hell-raising thrill ride with the grimmer-than-grim Hardy. It’s epic.

If anyone ever tells you this isn’t a car movie, throw your drink over them and walk away because this is one hell of a car movie. It might not be one for petrolheads or those that have fetishes for certain Hot Wheels motors, but this Scorsese classic is the most intricate car movie ever made. It delves into the loneliness, madness, and violence of a New York cab driver where every shot of this city looks like it could be the main city in Hell. This is not just another car movie; this is ‘the’ car movie.