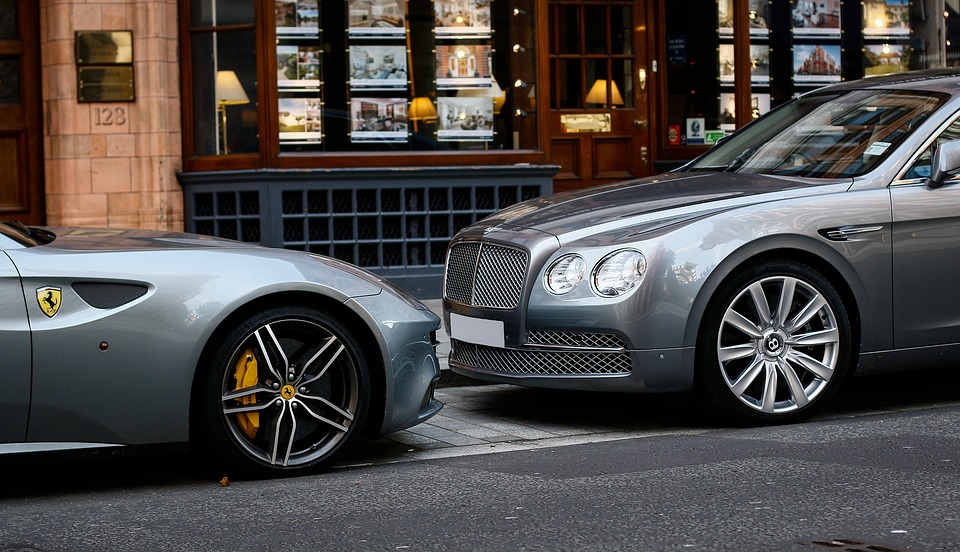 We in the 21st century really are spoilt by technology. We live in the sum total of the technological marvels created by generations of great minds. Everything from the the lightbulb to mobile internet was deemed a veritable miracle in its time, yet is now as quotidian as the air we breathe or the sun that rises in the morning. Technology has done its job too well. So well that we often don’t appreciate it. In fact, we forget it’s even there… Until, of course, it stops working. In any given home in the developed world you’ll find technology that was thought to be the stuff of science fiction a scant few decades ago, yet is now part of the furniture (literally in many cases).

Aside from the marvels at work in the home, many of us also have some incredible technologies at work in our vehicles. Even without the digital bells and whistles like in-car wifi and bluetooth-equipped infotainment systems, there are a number of borderline miraculous technologies at work in 21st century vehicles. Some of them help the vehicle look cool, some art tied to under the bonnet operations that we neither see nor fully understand and some are hard at work keeping us safe while we drive.

In honor of these important technologies (and the people who pioneered them), let’s bow our heads in gratitude for these awesome technologies that make our drive to work safer, smoother and more enjoyable…

We open with a humble piece of technology but it’s one without which today’s modern cars would be a whole lot less safe and reliable. Parylene coating forms a super thin layer of polymer on virtually any surface providing a protective non-conductive layer of insulation for electronics; the kind that are increasingly commonplace and important in today’s vehicles be they electric, hybrid or fossil fuel powered. You can check out this link to find out more about PCT Conformal Coating. Without this understated but miraculous technology, your vehicle’s electronics wouldn’t be nearly as reliable and your ride would be much less enjoyable and safe.

Cruise control is not necessarily a new phenomenon, but the next time you’re able to enjoy a relaxing, stress free jaunt along a quiet freeway you should take a moment to thank the ever-evolving wonder tech that is Adaptive Cruise Control. While previous generations of cruise control technology helped drivers to maintain a steady course with minimum effort, today’s technologies use a combination of radar technology and camera systems to monitor the behavior of other vehicles and adjust speed accordingly, even slamming on the brakes when necessary, perceiving hazards and reacting faster than the human eye can interpret them. The very same sophisticated network of sensors and cameras also prevents us from drifting out of our lane and is integral in helping us march towards self-driving vehicles… Here we come, Minority Report!

If you’re old enough to remember what it was like to have to glance furtively from 8 miles of bad road to a dog-eared map on the passenger seat, you should thank your lucky stars for in-car navigation. While, granted, the same function can be fulfilled whether you use an in-built solution or the GPS function on your phone, the technology is nothing short of a Godsend and one without which legions of drivers would be lost and aimless.

We can take an educated guess as to where this technology will be headed and it looks like concept art from Blade Runner with holographic projection and unobtrusive AR Heads Up Displays that will make driving through urban traffic look and feel like a video game.

Voice recognition software has come on leaps and bounds over the last few years with virtual assistants like Siri, Cortana and Alexa becoming more sophisticated and ubiquitous. Needless to say, this technology can be extremely useful in the automotive sector with many vehicles making it easier than ever to integrate the voice activated technologies of Apple and Android devices. Drivers can now enjoy a wealth of entertainment and access a plethora of information without the need to take their hands off the wheel. In an era where the sanctions for using a device while driving are becoming increasingly severe, all road users should thank their lucky stars for the increasing sophistication of voice recognition technology.

Many drivers, even skilled and confident drivers can recall an embarrassing incident in their past when they collided with another vehicle backing into or out of a parking space or when performing a stressful parallel park on a busy road.

Fortunately, the miracle of parking sensors and rear view cameras prevents us from making the same embarrassing mistakes in front of our kids years later. A friendly (although quite irritating) beep will let you know if you reverse too close to a neighboring vehicle and many newer vehicles also feature HD rear cams which provide better visibility than ever before when maneuvering. In fact, as of last year it is a requirement for all new vehicles to be fitted with rear-view cameras.

No more embarrassed confession notes left under windshield wipers for you!

We’re all after something a little different in our vehicles. Some of us favor a smoother and more relaxed driving experience while others thrive on performance and need to be able to feel everything for a satisfying driving experience. Yet more want simply to be able to drive at a minimum expense to the environment and their wallets. Fortunately, many of today’s cars will let you have your choice of the above, flit between the three and even set up your own fully customized driving mode.

By stiffening the suspension, adjusting steering ratios and accessing adaptive dampers in the exhaust, today’s vehicles allow you to slip effortlessly into a range of driving modes depending on your personal preferences or the whims of the day.

So, the next time you sit at the steering wheel just take a moment to appreciate the awesome technologies at work while you drive, which do their job so well… Most of the time we don’t even notice them!

Fully up and ready for a new home. Click the link