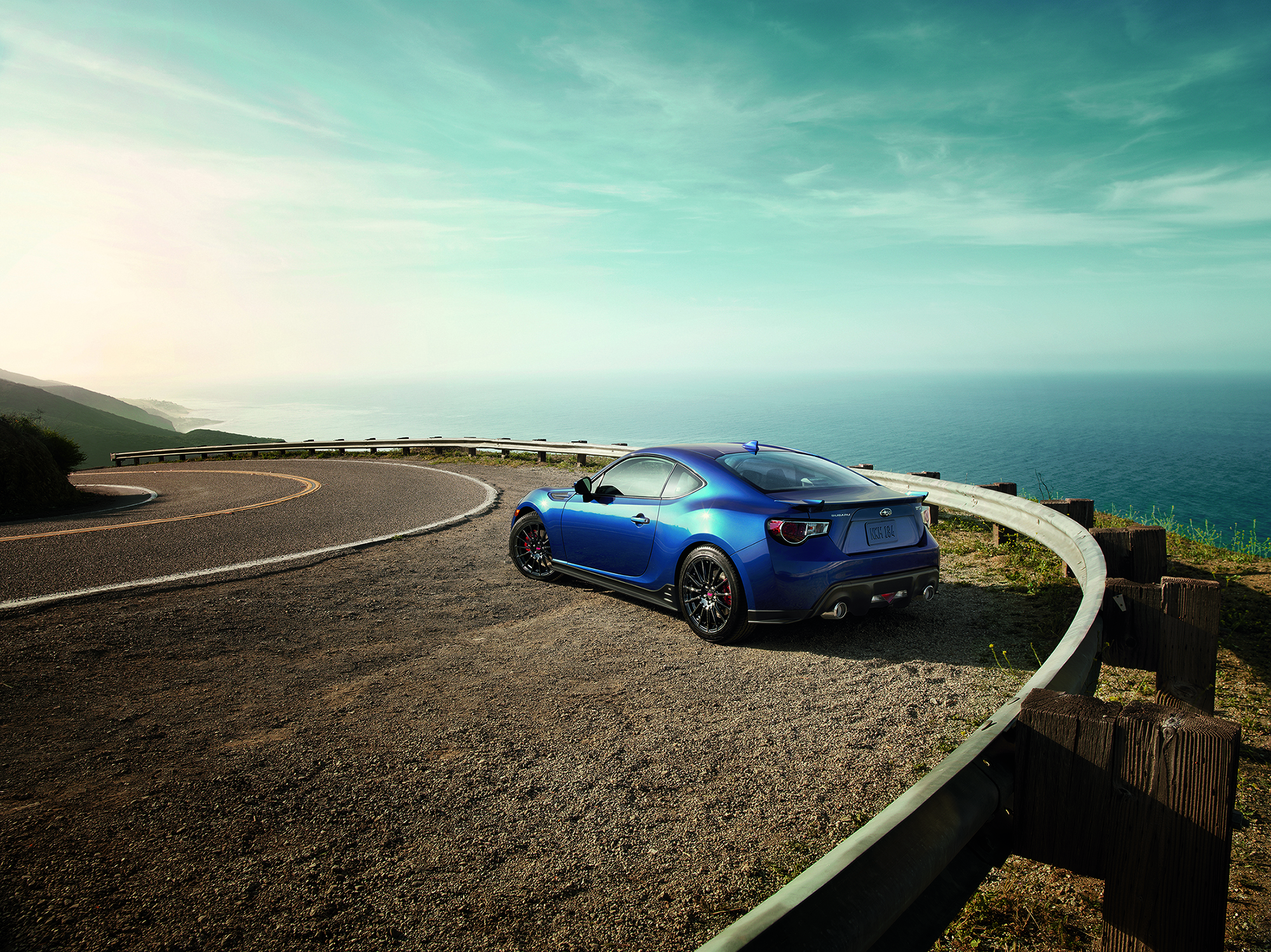 Bringing Fun Back In the 2015 Subaru BRZ

Sometimes, and probably more often than we would like to admit, the less powerful vehicles can be the most fun.  Case in point is The Dog, the 1970 BMW 2002 that is currently sitting in Adam’s garage out in LA.  It’s not the fastest nor the most powerful, but there is an appeal about that ride that I love.  It handles the corners very well, and even as the seats rattle and exhaust smokes just a tad, it becomes that ride that turns heads, gets thumbs ups, and is a pure joy to drive.  And I think that is something most the manufacturers have forgotten about when producing their new vehicles.  So many of them have as much power in them as can be squeezed out, with electronic aids everywhere, that some of the most amazing rides we have driven over the past few years have also been some of the most disconnected from the true passion of driving.

But that statement can’t be said for every vehicle out there, and while a few put up an amazing fight, I recently rediscovered that joy I felt in the 2002 in the 2015 Subaru BRZ Series.Blue.  And as I sit back and look at those words I just wrote, it’s hard for me to believe on premise, while in action, every word is the truth.

Before I start, I want to make a few things clear.  First off, the BRZ is not the most comfortable car for me.  It’s low, small, and the seats are designed to hug you tighter than your little cousin showing off his bear hugging skills.  I hit my head almost every time getting into that car, and getting out could only best be described as a graceful fall.  This is to no fault of the vehicle though as I am taller than the average owner of this vehicle, and maybe a bit older.  And definitely a lot less graceful.  Again, these issues are to no fault of the car or Subaru, and honestly became something I cared less and less about as I drove more and more.

Styling wise, this is one of the best looking, affordable vehicles on the road.  The curves of the body mixed with the sharp angles in the lights, wrapped in an STI package, just make this car a head turner from the start.  It is deceivingly small in nature, and while getting in and out is a bit difficult, there is plenty of space inside to not feel cramped and actually be able to stretch my legs out (something I can’t even say for the new 2015 Corvette, but more on that later).  It’s stance is a bit higher than I would like to see in styling, but it all made sense as a complete package.  I felt like I was looking at a true tuner’s car, something with so much potential for growth in terms of aftermarket, while also being a solid example strait from the factory.

But styling doesn’t affect the drive, and that’s what I fell in love with.  This is not the fastest car by any means, and even though a few tried to challenge me at lights based off the aggressive looks, that wasn’t where the BRZ shined by any means.  No, instead it was the corners that this little hot RWD ride would just shine through, eating up every twist and turn, staying firm to the road and barely letting in.  Its weight was enough to stay planted, and with the limited power, losing control of the rear end was more difficult than I would have thought.  The car wanted to drive the mountains, to climb its way to the top, and be a fun experience the whole time.  And again, it was not the fastest we could have done that drive in, but it was the one vehicle that kept asking for more, kept asking to go a little faster and hit that apex a bit harder. And every time we pushed, it was able to shine even more.

Even more impressive is the foundation of the BRZ.  This is a base vehicle, that while shining on its own, has so much potential, and Subaru knows that.  This vehicle is designed to be customized, to be built and improved upon.  The number of examples already out there on the market are astounding, with even our friends at Revvolution building their own, one off custom BRZ with the help of a slew of Colorado shops (article coming after it is complete).  As an enthusiast, someone who rarely leaves a vehicle stock, this excites me.  While part of me hopes that other manufacturers will catch on to this opportunity, I know that it wont happen, and I am okay with it.  This isn’t the standard Civic I remember seeing at every show growing up, the car that everyone seemed to build and modify with mixed results.  Instead this is a vehicle going in with a sense of style, drive, and excitement, looking for more pizzazz to add to the streets.

It’s not often that I leave a drive actually missing the experience.  It’s a feeling I rarely experience, and while The Dog set the standard for me in terms of that, the 2015 Subaru BRZ is the first new vehicle to match the excitement right out of the box.  The new standard has been set, and the challenge is open to the next manufacturer to deliver the simplicity and excitement found in this hot little ride.