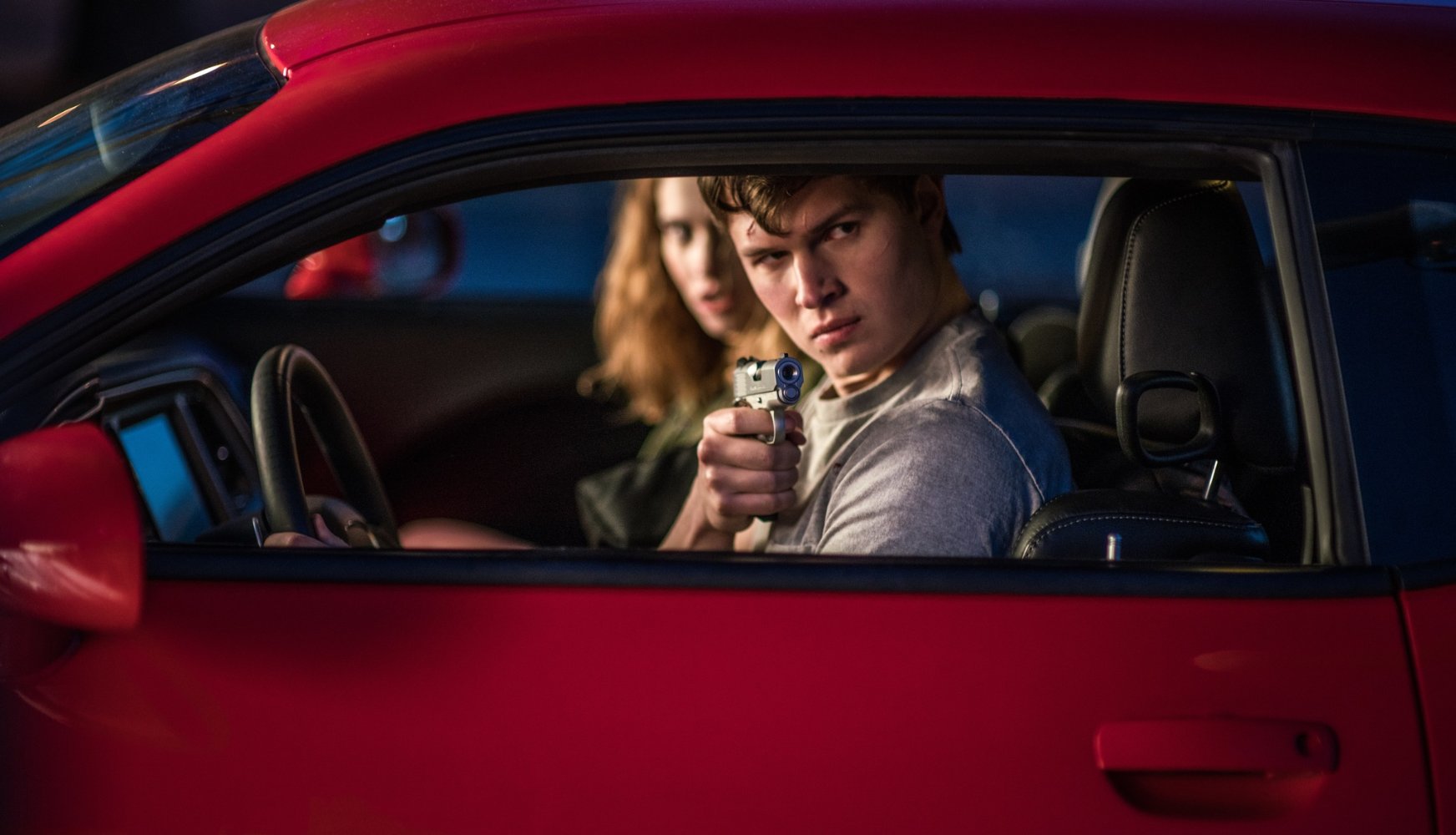 Hop on Board, Cause Baby Driver Is a Damn Fun Ride

Have you had a chance to catch Baby Driver in theaters yet? Edgar Wright’s latest flick (and his least geeky) came out a couple of weeks ago, so you should have had time to catch it. If so, let’s discuss! If not, don’t hesitate; because if you like well-driven cars, deep-cut classic jams, and a story that mostly holds those two elements together, then you should be fully satisfied. Or if you just like spoiling movies for yourself, then read on with ardor, as I may just be inspired.

First of all, the driving, which is obviously important, at title level. Indeed, our main character is a driver, and, conveniently, one named Baby (Ansel Elgort of The Fault in Our Stars and Divergent). We first meet Baby while he’s parked outside a bank in a fire-engine red Subaru Impreza WRX STI, rocking out to “Bellbottoms” by The Jon Spencer Blues Explosion, and waiting for Jon Bernthal, Jon Hamm and his lethal Latin lover Eiza González to finish robbing a bank (I’m just labeling the type casting, mind you).

“Simon & Garfunkel’s “Baby Driver” was always a throwaway track for me, far lighter than the two tracks surrounding it, and seemingly misplaced. No more though, as the film has given the song a whole new meaning. Baby is a badass — and now his namesake song is too.”

Carrying heavy sacks of cash, they make their way back into the WRX just as the cops arrive, which may seem like trouble, but is actually the perfect time for Baby to really show off his skillz. Dude can drive. And the stunts, choreographed to the tunes with music-video synchronicity, awesomely convey that.

Speaking of those tunes, , which are seemingly Baby’s lifeblood, if you pay close attention to the title, you can actually see it’s not just a cue about the driving, but also the deep cuts. Before it was a film title, “Baby Driver” was a Simon & Garfunkel song off their classic Bridge Over Troubled Water album; track 7 to be specific, tucked in between “The Boxer” and “The Only Living Boy in New York,” arguably my two favorite S&G songs. As such, “Baby Driver” was always a throwaway track for me, far lighter than the two tracks that surround it, and seemingly misplaced.

No more though, as the film has given the song a whole new meaning, because Baby is a badass, and now his namesake song is too. The other finely-combed songs I previously knew on the soundtrack all speak a dope new truth, as well. And better yet, there are a ton of new gems I’m just getting to know, opening up previously unlit caverns of classic rock, funk, and soul — aka, my jams.

As far as story goes, well, the jam could be spread a little thicker, but it’s tasty enough for summer movie fare. It centers on Baby, who besides being a savant driver, also seems to be registering somewhere on the Autism Spectrum, though perhaps not as much as his fellow outlaws think. Most of the story hinges on the Baby driving said outlaws (including a lot of Jamie Foxx, and a little of Flea) after Baby’s boss/father-figure Doc (Kevin Spacey) sets up another doomed heist.

Apparently Doc has become the go-to heist guy, but his plans seem to mostly rely on Baby outdriving the fuzz. Which is great for stunt work, but not exactly peachy for Baby’s long-term growth. Still, along with a very basic love story between the good-hearted Baby and the easy-to-fall-for Deborah (Lily James of Cinderella), who has two excellent namesake songs herself (which is about all we really know about her flat character), it’s enough to hang a summer actioner on.

It’s definitely money well spent, although I can’t honestly say you wouldn’t be better off just buying the soundtrack on vinyl.