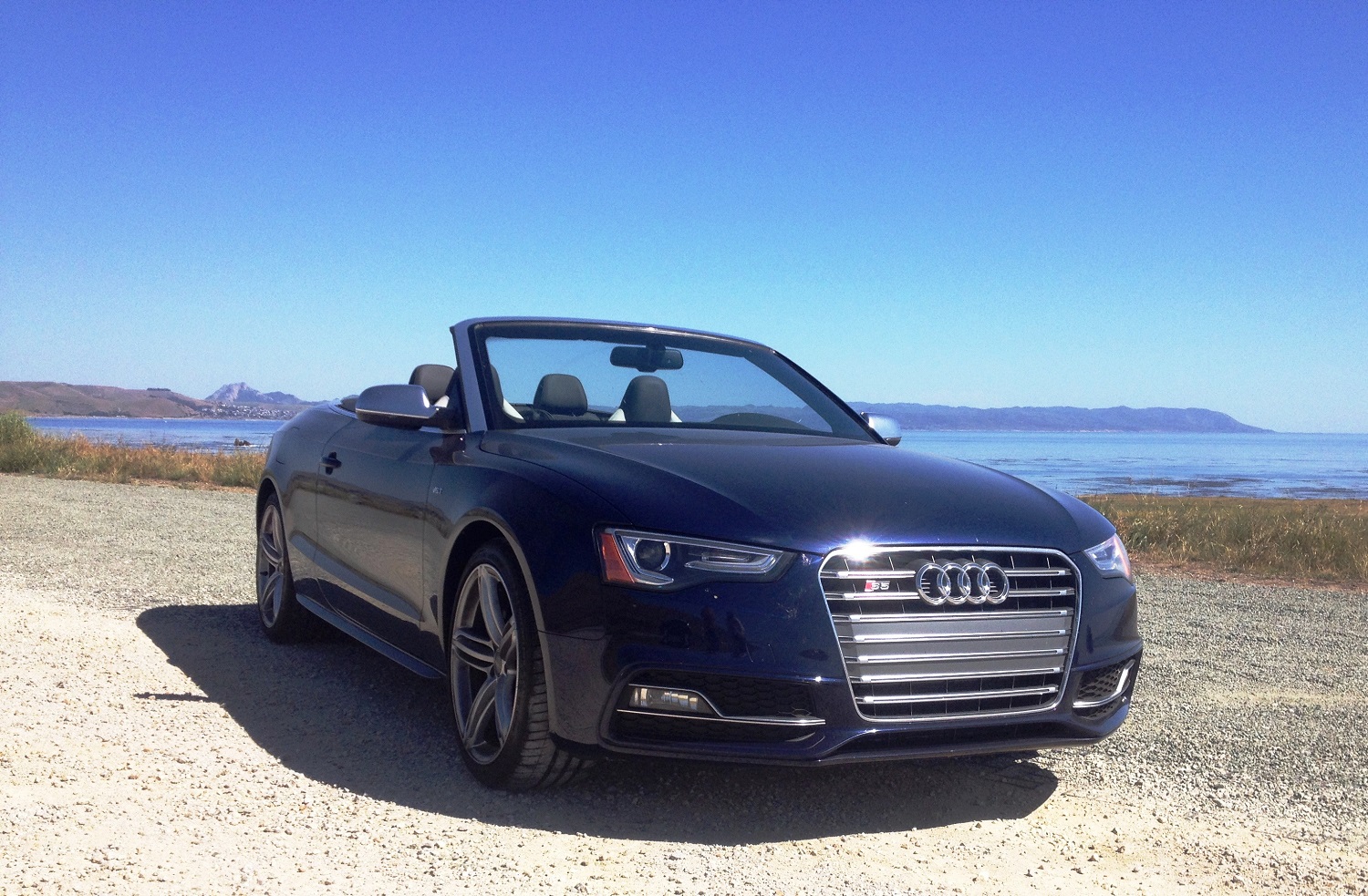 Given the opportunity to drive State Route 1 up the Golden Coast from San Diego to as far north as Napa I knew I had to make the drive in a convertible. Additionally, I wanted something fancy that would be fun to drive, but not so high-end that I’d be stressed out about damaging it the second anyone got close to me: enter the 2014 Audi S5 Cabriolet.

Having spent 15 hours in the car equating to about 800 miles I became very familiar with the interior and it is second to none. I’m not talking driving comfort, although that was phenomenal, but rather the in car technology and its ease of use. The most prominent of the in car tech is the Audi MMI Navigation system which is by far the most user friendly system I’ve experienced. From a hardware standpoint the system uses a center-mounted knob along with a series of buttons located just below the transmission. Together the knob and buttons interact with the onscreen prompts to access the various categories: radio, car, navigation and so on. The navigation software is Google Earth 3D which thanks to the MMI connection provides you with real time traffic, POI at each exit along, and the speed limit. All of which were indispensable tools as I navigated unfamiliar roads.

The car also features technological standouts when it comes to safety, particularly Audi side assist. Adaptive cruise control is also present, but I rarely took advantage of the cruise given the ever crowded California highways, but re-enter the side assist. Usually I’m not a fan of blind spot assistance or adaptive braking, I like to just drive on my own, but the side assist was a life saver. Not literally, breathe easy Audi, but figuratively as you inevitably find yourself in stop and go traffic it’s one small feature that has a huge impact.

On acceleration the S5’s six-cylinder 323hp/325lb-ft engine would occasionally seem sluggish before finally kicking in, a trait which was even further exacerbated while the top was down. However, it’s not a dragster and accelerated perfectly at speed in order to pass or take advantage of a non-windy part of the route. On those windy roads the drive settings came in handy as I was able to adjust from comfort to dynamic by the push of a button. The greatest advantage this gave was tightening up the steering wheel on the sharp maneuvers.

Aesthetically speaking I have nothing more to say than, I just love it. The dark blue with the black top, smooth curves rather than harsh angles, Xenon plus LED headlights that come across as more eyes to the car than headlights.

At the end of the week it was hard to let it go. The styling, drivability, interior, and price point have made not only the S5 Cabriolet an excellent choice, but Audi as a manufacturer one that you can’t go wrong with.