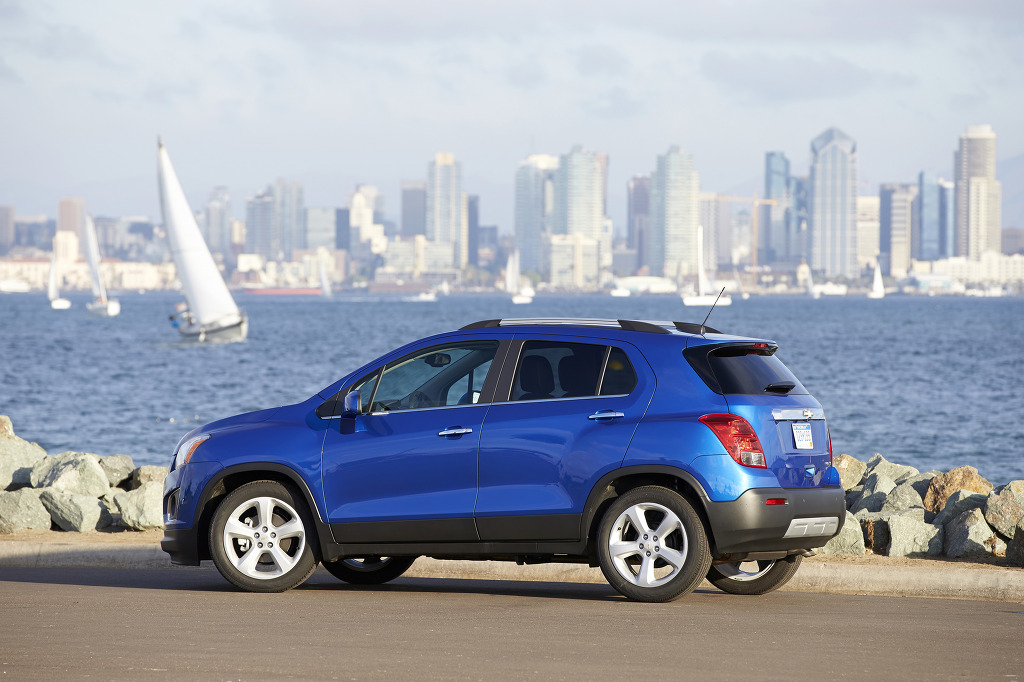 Oh boy… Where do we even begin with this one? The 2016 Chevrolet Trax is a real oddball to review, but its timing to enter the market could not have been any more perfect. With lowering gas prices the car market saw a great surge in crossover interest, and General Motors, being one of the giants, had foreseen this a long time ago. The Buick Encore (based on the Trax) proved to be a massive success, so in 2015 Chevrolet decided to introduce the Trax as well.

The main issue the Trax has is that it doesn’t really seem to fit in. The Encore was a big success partly because it’s more luxurious, and partly because it doesn’t have a direct competitor from the same manufacturer. The Trax has to battle with the Chevrolet Equinox, which offers more of everything for not that much more money, as well as with its direct rivals: the Mazda CX-3, Honda HR-V and the Jeep Renegade. And although we can safely claim that the Trax isn’t bad, in a company such as the above-mentioned SUVs, you can’t help but feel that it’s trumped in every single way, even by a vehicle from the very same manufacturer who makes the Trax.

The CX-3 is the best dynamically, the Renegade has the most off-roading capabilities and the HR-V has, well, the best interior (both materials and fit and finish). Now the Trax isn’t that far behind however, especially if you go for the top of the line LTZ model. As well as getting everything from the previous two trims, the LS and the LT (cruise control, remote engine start, heated mirrors, roof rails, etc.), you also get 18-inch alloy wheels, heated front seats, a power driver seat six-way adjustable, leatherette premium vinyl upholstery, rear parking sensors and an excellent seven speaker audio system from none other than Bose. The LTZ is also the only one to offer an optional sunroof which can be fitted as an extra.The only engine on offer is a 1.4 liter four-cylinder unit paired to a six-speed auto. Performance is the Trax’s Achilles heel. With just 138 hp and 148 lb-ft of torque it took an

The only engine on offer is a 1.4 liter four-cylinder unit paired to a six-speed auto. Performance is the Trax’s Achilles heel. With just 138 hp and 148 lb-ft of torque it took an all-wheel drive LTZ 10 seconds to reach 60 miles per hour, a horrendously slow time for the segment. If the Trax in question is front-wheel drive the same sprint drops to 8.9 seconds but then you lose that all-wheel grip for the snow or rain. Thankfully, the fact that the engine is rather poor on performance means you get more in the way of economy. A front-wheel drive Trax can manage 29 mpg on the combined run with an all-wheel drive variant returning 27 mpg on the same combined run. The problem is that while those figures are decent, it’s rather difficult to achieve them in the real world.

If you want a small crossover, we suggest you look at the CX-3 if you want driving involvement, the Renegade for off-road capabilities or the HR-V if you just want the ideal everyday vehicle. The Trax isn’t bad, but it has no business in a company of such great vehicles.