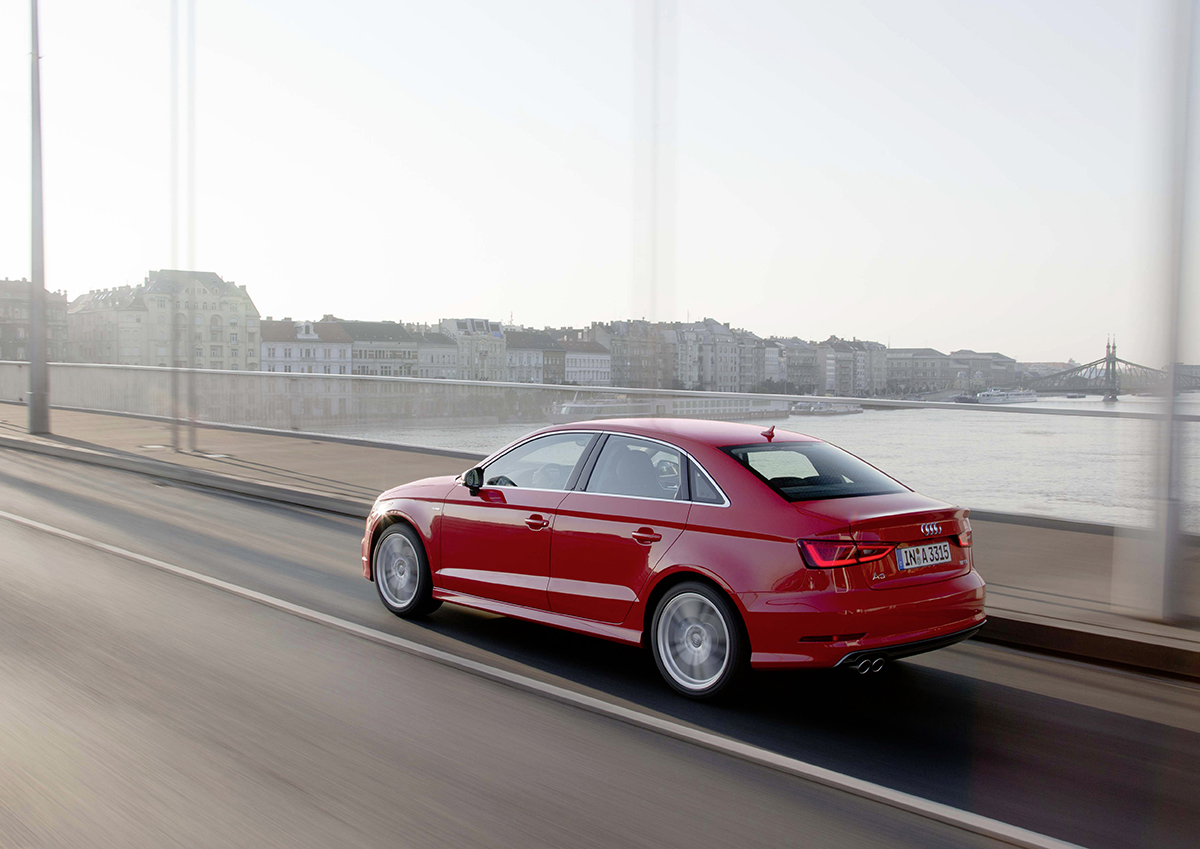 How can we not love the Audi A3?

Over the course of time, the A3 has become Audi’s workhorse, as one in every five cars belongs to the A3 family. Starting off its life as an entry level offering, the A3 has stepped up its game, as the small A1 has been pushed to fill its shoes. Not only did this strategy benefit the Ingolstadt manufacturer when it came to competing with other superminis, but it also allowed for an alteration of the image of the A3.

Perceived by the general public as being less of a premium product than the rest of the range, immediate action was taken –as so, the 2015 A3 trumps its closest competitors – the BMW 1 Series and Mercedes A-Class – in terms of standard equipment and upscale interior feel.

First of all, let’s start with the downsides. The first would be the looks, which I consider to be too understated. A simple search on the internet regarding the full Audi range will invariably bring you mixed feelings. Put all the models together and what you’ll end up with is a portrait of the same car, just in different configurations – and that holds true whether we’re talking about the A1, A7 or Q7.

Audi calls it “evolutionary design” and it’s meant to build a stronger brand association and to prevent any eventual heart attacks if a too “radical” change is implemented, so they continue to give us the same old design, with a few changed lines, but call it “new’ and “fresh”. Wonderful! But then again, if we look in the neighbour’s yard (i.e MB or BMW) we notice the same thing. Another downside is that it doesn’t have any other defects, so let’s move on.

Switching over to the advantages of owning an A3, the interior space is clearly one of the biggest selling points. Forget about the luxury of a Mercedes Benz; the A3’s new cockpit is by far, the best looking and best equipped in the whole compact sized class.

Good ergonomics, a plethora of soft touch materials and the minimalistic layout of the dashboard and centre console that includes a small number of knobs and buttons makes it a pleasure to look at. A 5.8 inch pop-up screen is in charge of being the infotainment system and it comes standard, regardless of trim. The ride quality, as opposed to the former iteration of the model, seems to have been improved, as the dampers have more travel and don’t seem as stiff.

Don’t mistake it for a boat, however, because the compact A3 is able to manoeuvre through tight bends without swaying left and right – the German engineers know what they’re doing!  The interior space is plentiful, as the rear doors allow for easy access – unlike the awkward ones from the 1 Series (if we’re talking about the 5 door configuration).

In terms of driving, the A3 is not as exciting as the BMW, as it is all-wheel drive as opposed to real wheel drive, but if you’re looking for thrills, check out the S line or better yet, the 292 horsepower Audi S3.