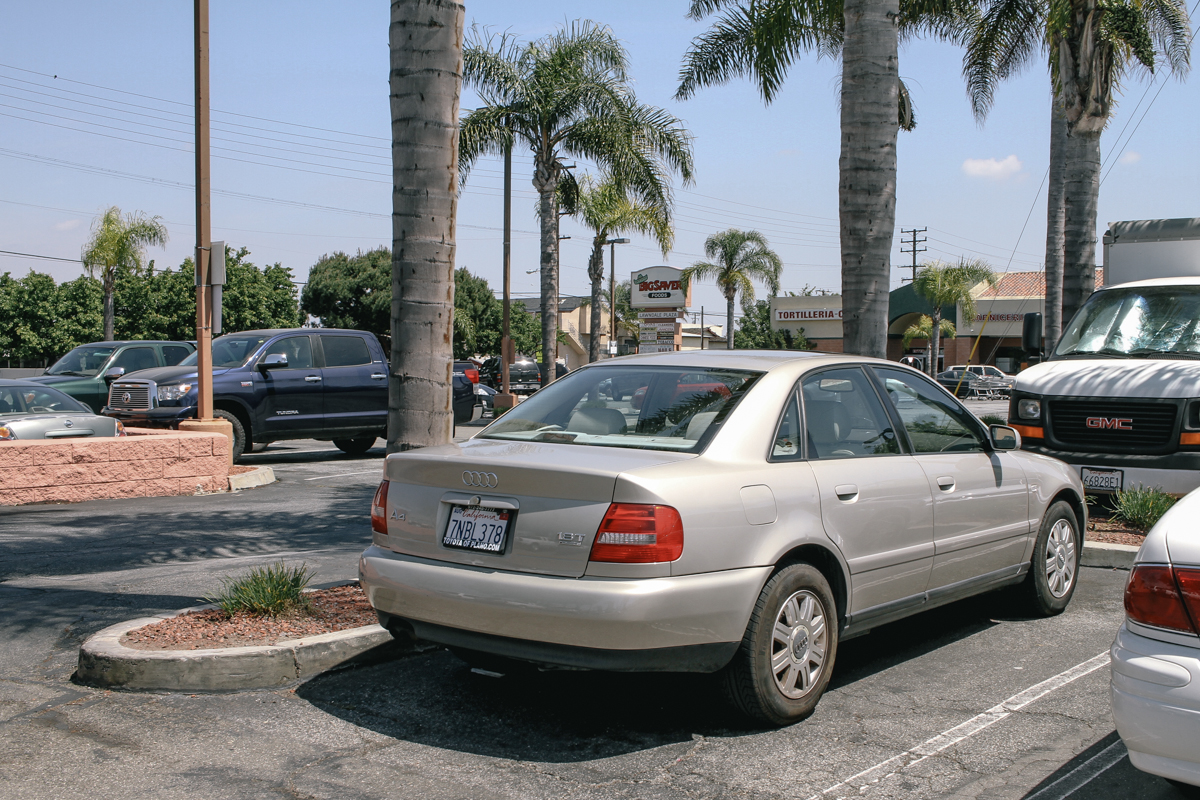 Welcome to part IV of Will It Flip!? This is where I teach you how to flip a car. Have you ever had an inanimate object knock you down repeatedly to the point where you just want to give up? Well I’m almost there. In Part III I left the Audi at a random supermarket lot and walked home. What now?

About three hours after the sun had set, I hitched a ride back to the lot where I left the steaming Audi. I popped the hood to examine how low the radiator fluid was. Indeed it was low, but there was no puddle underneath the car. If there was a puddle it could not have dried up that quickly as it wasn’t a hot day. Confused but too tired to care, I filled it up with distilled water, capped it off, and drove home carefully without trying to question what mechanical failure it might be this time.

Now at this point I had spent a little over $790 on top of the $800 value of the car. What killed me was the wheel bearing repair job but I really couldn’t avoid that. Any more shop related repair was going seriously to eat into my profits. By then, I desperately just wanted to get the car running flawlessly. I even called up local mechanics for a quote before looking up the problem. Desperate. One mechanic gave me a quote of $350 to ‘fix it’ although he described it as a “Mickey Mouse” fix, perplexed I asked him how much it would cost to fix it correctly, he told me he would need to remove the dash and quoted me at about $900. What the fuck, and what the shit is a Mickey Mouse fix.

From there I decided to use the power of Google to figure out what exactly was going on. Although the car was overheating, I can rule out that it had nothing to do with the engine bay itself since the steam was coming from the interior. After scouring through the interwebs and forums, I eventually found out that any white smoke coming from the dash vents point to a faulty heater core. Indeed there were two ways to fix. The proper way is to drop the steering column, remove the dashboard, center console, and radio to fully expose the heater core, which you can then replace. The Mickey Mouse method is to completely bypass the heater core and connect the two hoses together. Granted, this method means I will no longer have a working heater, but I live in Southern California. There is never a need for a heater. 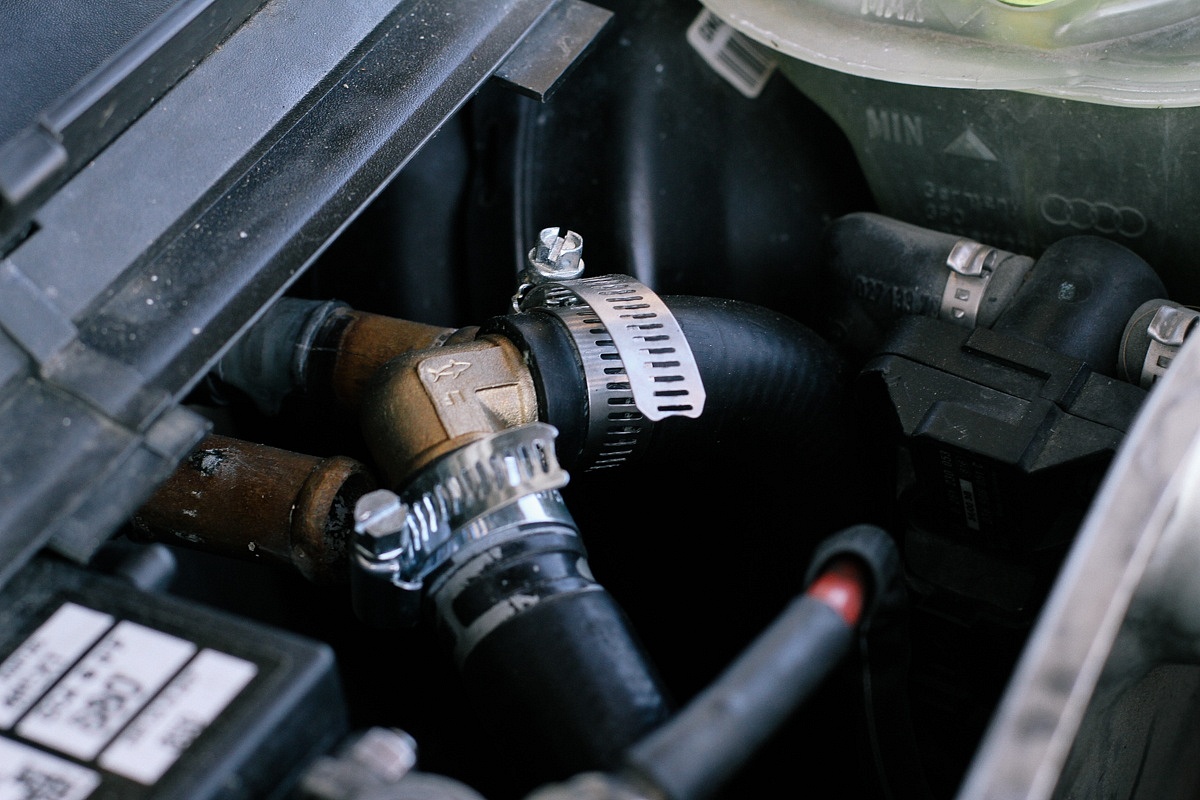 Within thirty minutes of looking up how-to remove the dashboard videos, I decided to just go with the half assed bypass method and made my way to Home Depot. I found the elbow pipe that I needed in the sink department for less than $5. With the pipe installed and the heater core successfully bypassed, I let the car idle for about 15 minutes. No smoke was coming out of the dashboard. There was no more coolant smell anywhere. Is everything finally fixed? Although I wasn’t sure, I felt adventurous, so I took the car around for about an hour worth of errands. During the time I drove, it didn’t overheat, it didn’t sputter to a stop, the check engine light never came back on, and most importantly no smoke was arising from anywhere and it didn’t blow up. Instead it was running smoothly. I even hit redline twice, on second and third gear. Both times the turbo spooled up releasing enough power to push me back into my beige leather seat. The car felt great, I felt great. Not to mention I saved $345 from that bypass job. Suck it mechanic shop. Talk about finally coming out on top. 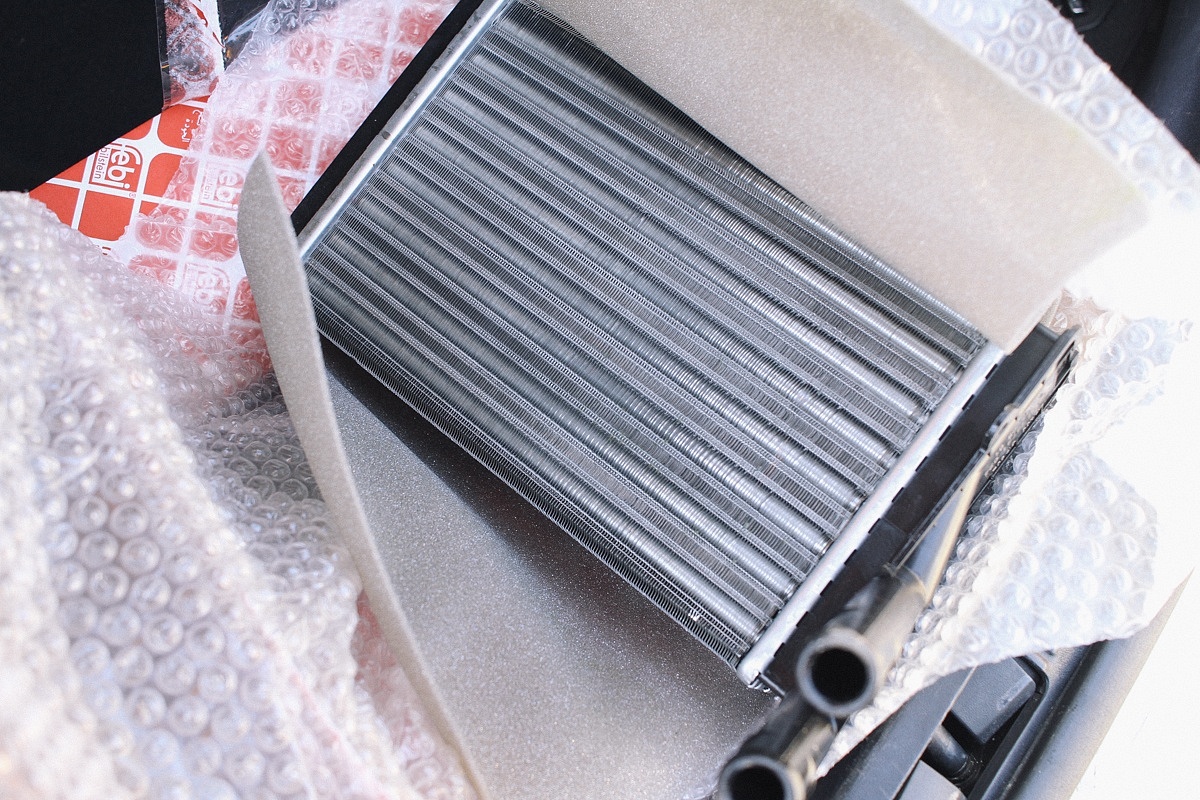 Since the heater core bypass was technically a temporary fix, I went ahead and bought a new one as it only cost about $25. I figured if even if I don’t find time to install it myself, it would be nice to have the new owner know what exactly needs to be replaced, because nothing beats a honest and transparent seller on Craigslist. Besides, I believe in karma. 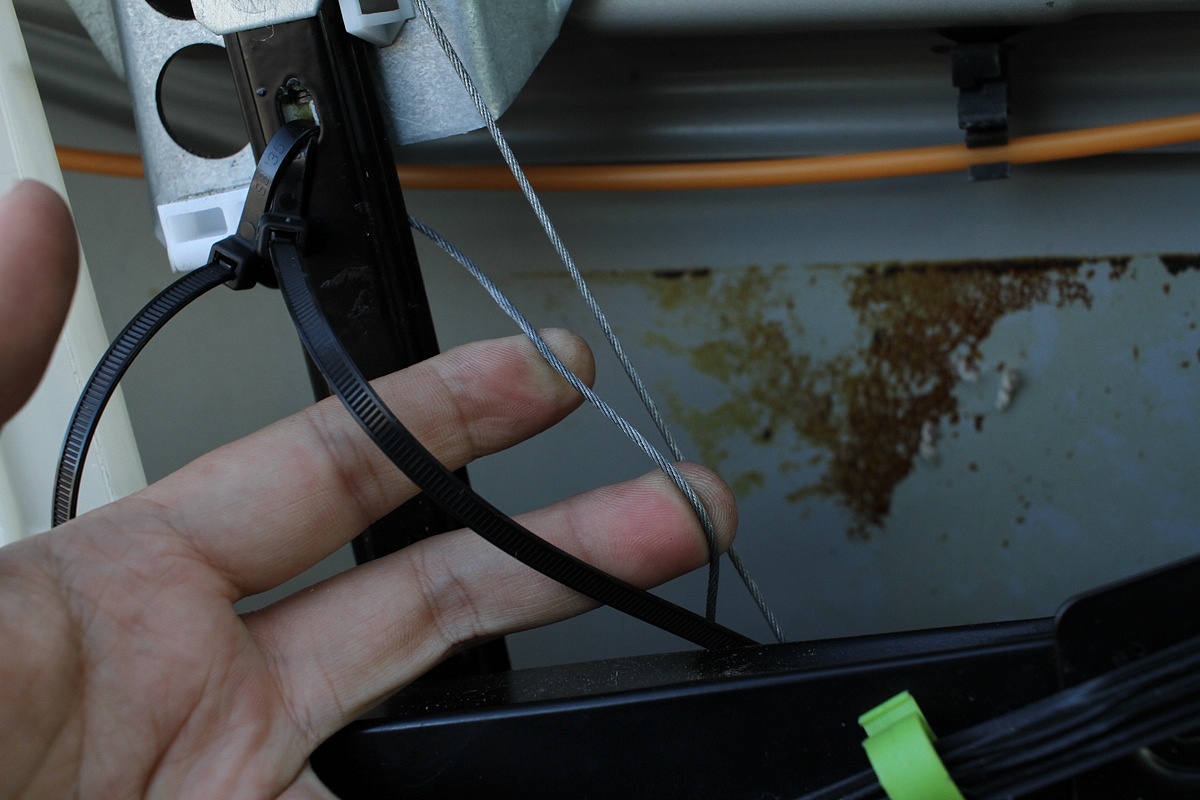 Now I actually skipped writing about the very first fix I did, that was the rear driver side passenger window. When I bought it, that window had permanently fallen and no amount of tape or fluffing would keep it up. With removal of the door panel the problem was apparent, the cable that runs through the motor was as broken as an unraveled cassette tape. The previous owner attempted a sad half-assed fix of sticking a block of wood to hold it up which had fallen down the door panel. I threw away the wood block but you can see the wood shavings still on the door panel below. I half-assed fixed it with a few zipties but it properly did the job. I additionally unplugged the harness to prevent any more damage to the unit. Now if this car gets sold for an amount that satisfies me, and if the new owner decides they really want the window fixed, I will gladly replace it for them for free considering they provide a working motor. Fair enough right?

Well that’s it! Hood strut, valve cover gasket, spark plugs, coil packs, mass airflow sensor, rear coolant flange, coolant temperature sensor, center wheel cap, and wheel bearing all replaced and fixed. As of now there are only three very minor issues with the car: the temporary rear window fix, the heater core bypass, and a small crack on the windshield that was there since initial purchase. I’m not going to count the minor cosmetic damage since this is a ten year old car that was daily driven to just about 130k miles. None of these issues affect the performance, legality, or drivability of the car.

Since the release of Part III, I have actually been daily driving this car for the past four weeks with no issues. The check engine light hasn’t been on since the coil pack swap, it hasn’t overheated or stalled, and three weeks ago it California Smog legally with flying colors. Despite that all of these fixes, the cost of purchase and maintenance totaled just a little over $1600. I highly believe that there is potential for profit or even a trade up. This car has came a long way since its state of despair. Destined to have its parts stripped and shipped to the junkyard, it is now a fine running and reliable automobile that is serving my temporary needs as well as teaching how how to flip a car.

This week I will be prepping to post it up for sale. Will It Flip!? Check back here soon for the final installment of this saga where we learn how to flip a car. 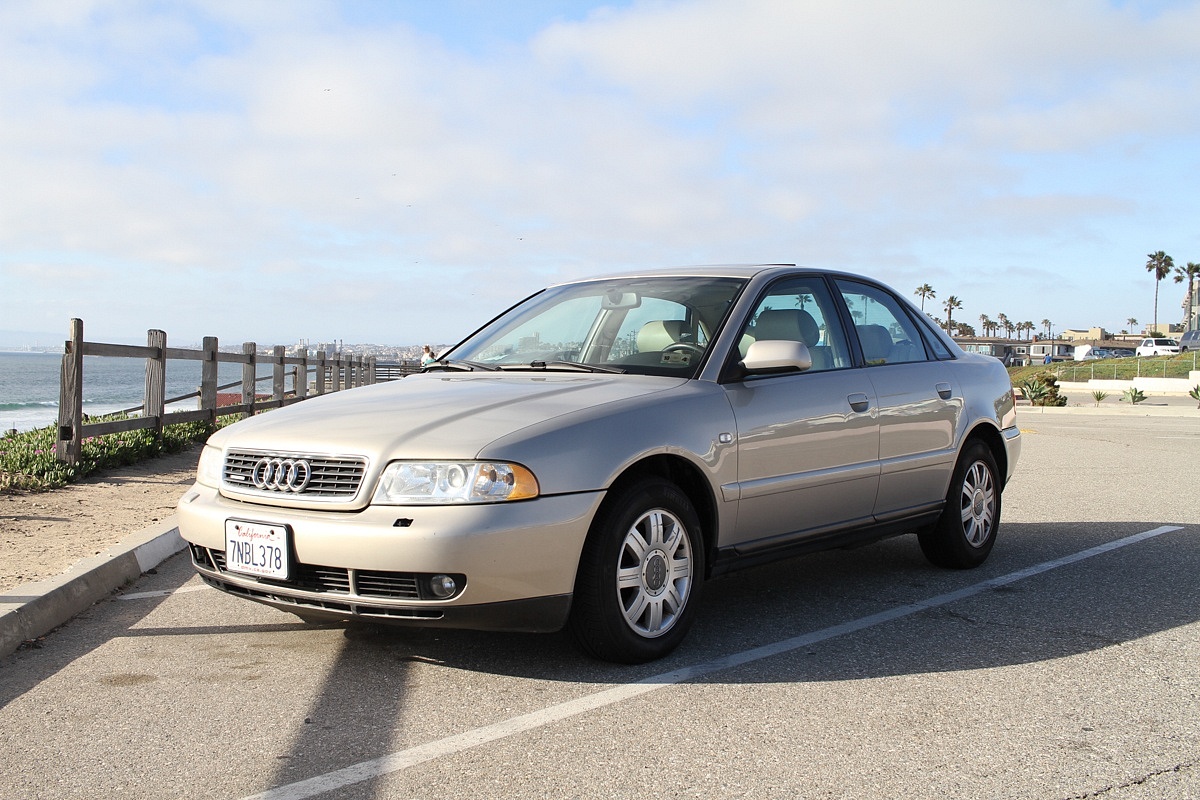