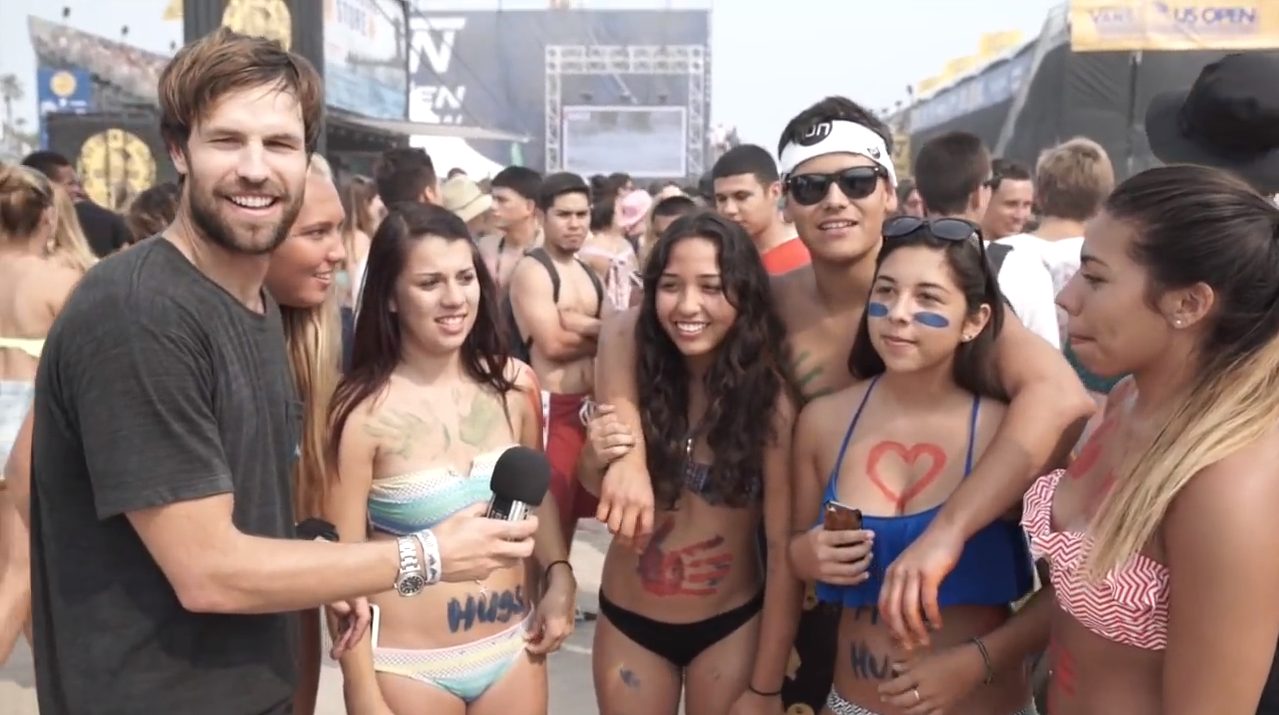 The US Open of Surfing Was a Shit Show

There is a man in Venice Beach, CA that is named Jeremy Searle, though he is also known as the Gnarwhale. Jeremy taught me to surf this January. He’s a cool dude, about as cool as you expect surfing instructors to be. As you can expect, he’s also a very good surfer. As such an expert, he naturally headed down to the US Open of Surfing held at Huntington Beach last week. I don’t know what he was expecting. I don’t know if he went for the surfing or for the party. Lastly, I don’t know if he knew just how terrible the US Open was going to be. But boy howdy did he find out. Check out the (slightly NSFW) video below:

And Jeremy is far from the only one. Surfing communities online and off are awash with disappointment and dismay over not only that the 2014 US Open was such a shit show, but also over that fact that this has been the case for years now. For surfing’s laid back, live-and-let-live culture this presents a difficult problem. Is it okay that 80% of attendees are not interested in surfing at all, or should the event clamp down on these hangers-on by having designated areas accessible only by a premium paid ticket? Would that “harsh the mellow” of too many? Given that very few Open-goes even watched the surfing, and that the experience was negatively impacted for the true fans of the sport, something will have to change. If it doesn’t don’t expect to see too many more US Opens of Surfing held on SoCal shores.