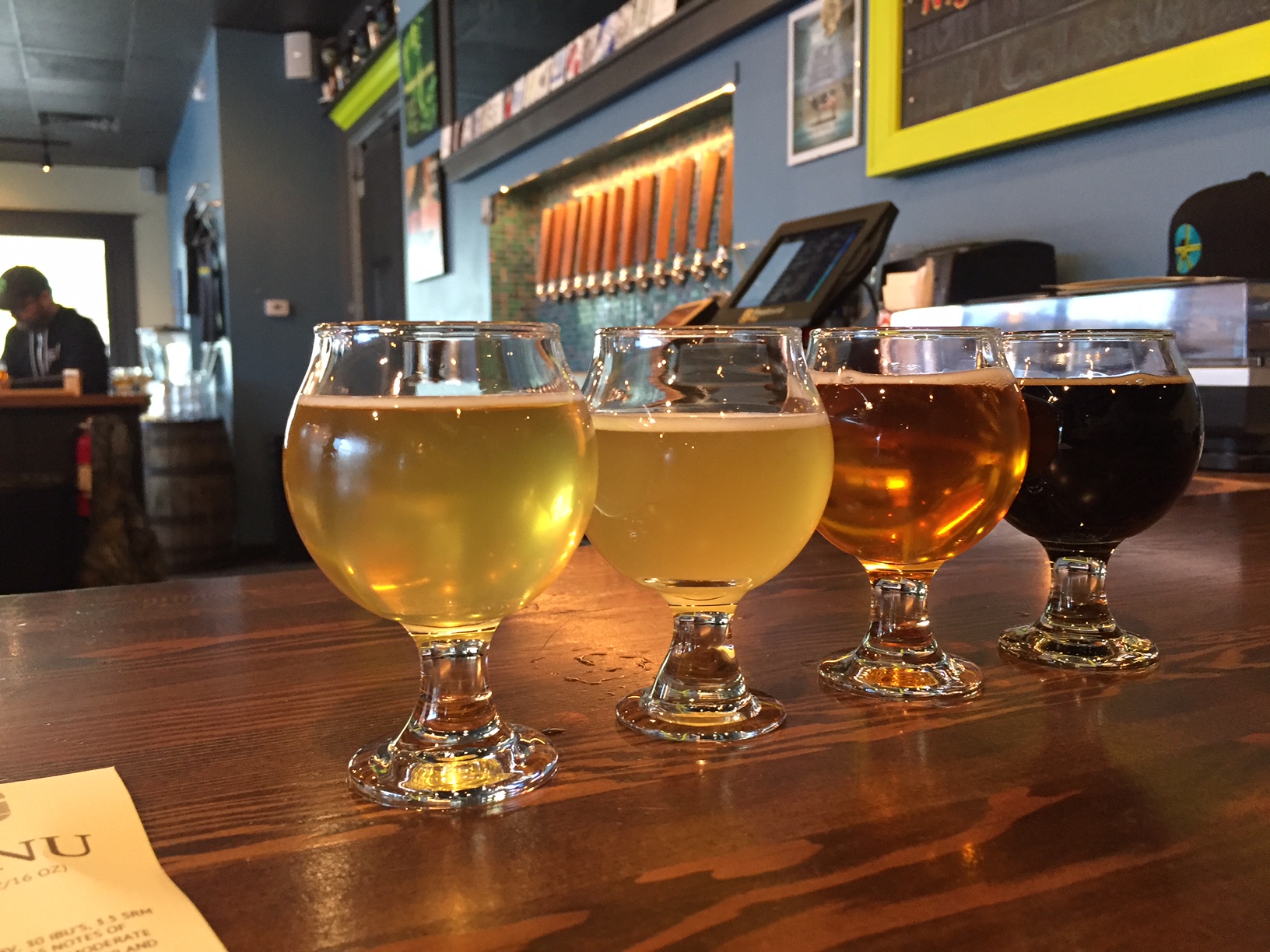 Spangalang Brewing — A Denver Must Try

Spangalang Brewing in the heart of the Five Points neighborhood in Denver Colorado is a hidden gem that is not to be missed under any circumstances.  In a city where great breweries are born and bred it is difficult to find one that is truly unique and has a full line up of unmissable brews like this one. Spangalang opened in the same location as a local DMV that had recently moved to larger quarters, and to this day the brewer still has to redirect up to 15 people each morning as he starts his days work; a hilarious birth of an amazing brewery. As awesome as the stories of this brewery are, nothing compares to every single beer I had while there. 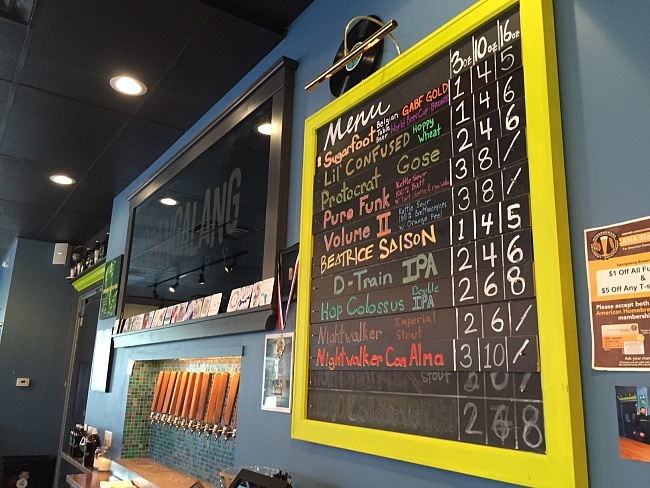 The first taster I had was of Sugarfoot, a Belgian Style Table Beer that won Spangalang gold at Great American Beer Fest last year. This beer is everything that the gold medal promises as coriander and citrus notes characterize this easily drinking beer that I could see complementing nearly any dish you could think of.The Protocat is a traditional Gose that is true to form salty with a slightly tart palate that makes it extremely refreshing. Beatrice is a clean and crisp Saison that has predominant spice notes and a slight bitterness that makes this beer incredibly fun to drink. The D-Train IPA is a fairly standard IPA that has a fresh hop-forward profile that is not overly intimidating and quite accessible. 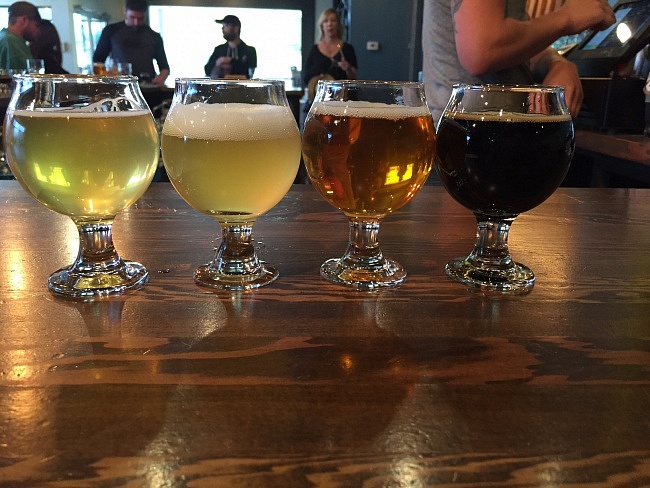 Now for my two favorites; these two beers are now in my top five local favorites and they are something truly special. Volume II is their Kettle Soured Pure Funk except it has been dry hopped with a pound of hops. Cherry notes dominate a tart and sour base that has amazing depth due to the superb Brettanomyces yeast, it finishes dry and extremely clean. Finally, their Barrel-Aged Nightwalker Con Alma is an Imperial Stout that has been aged in bourbon barrels. Chocolate and coffee dominate the first sip and are further opened up by notes of berries and grape. The 9.75% ABV is hardly noticeable in this extremely complex and smooth beer, making it dangerously palatable and warming to the soul. 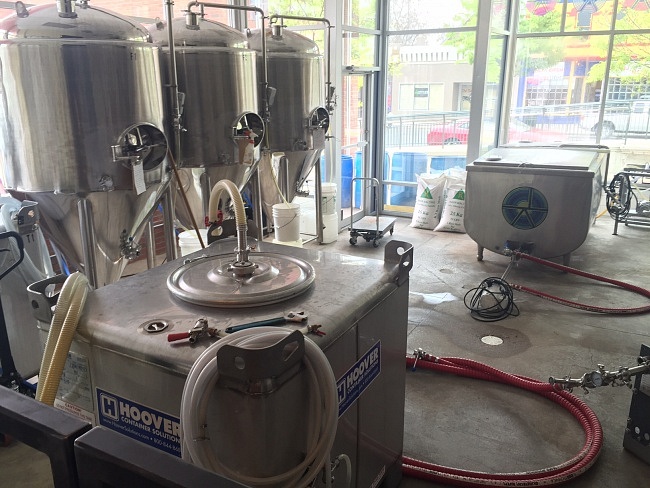 Sadly Spangalang does no bottling or distribution whatsoever, making it a true local diamond in the rough. If you are ever anywhere near Denver Colorado it is imperative that you make your way to the heart of Five Points and indulge in the wonder that is Spangalang.