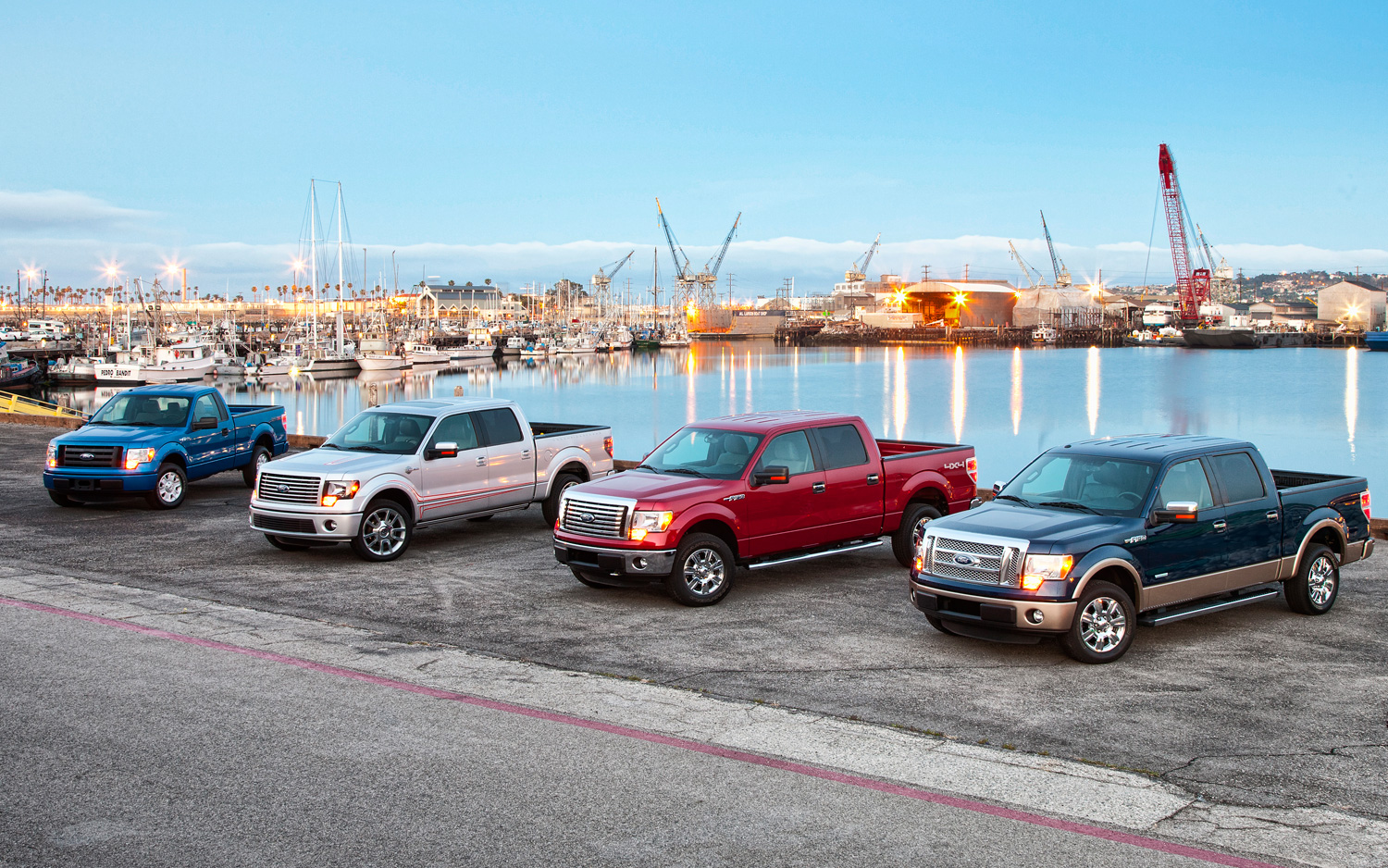 I recently bought myself a pickup truck – a 1983 Ford F-250 that is badly in need of some TLC, no less.  I’m still trying to come to grips with this.  I have always had sporty-car fantasies, and since I already have a sensible-shoes Honda Civic as my daily driver, I should have been free to buy some sort of laser-sharp sports-coupe.  Instead I wound up with a massive, ponderous truck that’s older than I am and that I really don’t have any use for.

Part of my insane reasoning was the very shabby nature of the truck.  I have visions in my head of my friend and I whiling away hours in the back yard hunched over the front of the Ford, making noises of agreement and generally pointing at things, and then fixing them.  So maybe I just want to feel manly by getting my hands dirty.

Not hurting matters was that I got the truck for less than the cost of a new iPhone and data plan to match.  Purely from a dollars-per-pound perspective it’s a lot of metal for the money.   That it comes with a big-block V8 is just icing on the insanity-cake.  I’m drunk on visions of torque – fuel bills be damned!  That said, I’m not the only person to lose their mind and make a ridiculous vehicle purchase.

The sales numbers are quite telling.  Apparently a lot of us have lost our minds in a very similar way, as the Ford F-series has been not only the best-selling truck, but the best-selling vehicle in America for close to two decades.  You may think this is a Midwest thing, and that Texas is skewing the numbers.  Texans do buy a lot of trucks, and getting a truck stuck in some farmer’s field is almost a rite of passage among teenagers in middle America.  That being said, even in tech-savvy, environmentally-conscious, and responsible Silicon Valley the F-series is still in the top-10 of the sales charts.  There cannot be that many general contractors in the Bay Area, so quite a lot of otherwise normal people are also abandoning common sense and bringing a full-size truck home.

A lot of the appeal lies in the very nature of trucks.  There’s a Swiss Army Knife quality in them that seems to resonate with American ideals of hard work.  We picture ourselves hauling building supplies, moving furniture for friends and family, and towing our toys.  Maybe we’ll engage 4WD and splash in the mud on our way back from said adventures.  We think we’ll become more rugged with a rugged truck.

However, few are ever going to haul enough dirty, bulky crap to justify having a vehicle tailor-made for such things – much less as a daily driver as many people do.  The vast majority of people will never set a tire off the pavement, either.  Some will mumble about inclement weather.  I know this to be a hollow justification.  I grew up in the snow-belt and I can tell you that unless you’re going to attach a plow to it and get into the snow-removal business, a pickup is not a very useful tool for commuting in the white stuff.  The weight-distribution is entirely wrong.  You would be just as well-off with front-wheel drive.

At the end of the day, I guess America’s insatiable appetite for absurd conveyances at the expense of being able to park, or fill up the fuel tank, can only be explained by some sort of mental disorder.  It’s pickup fever, and we as a nation have it bad.  Trucks are the only cure.