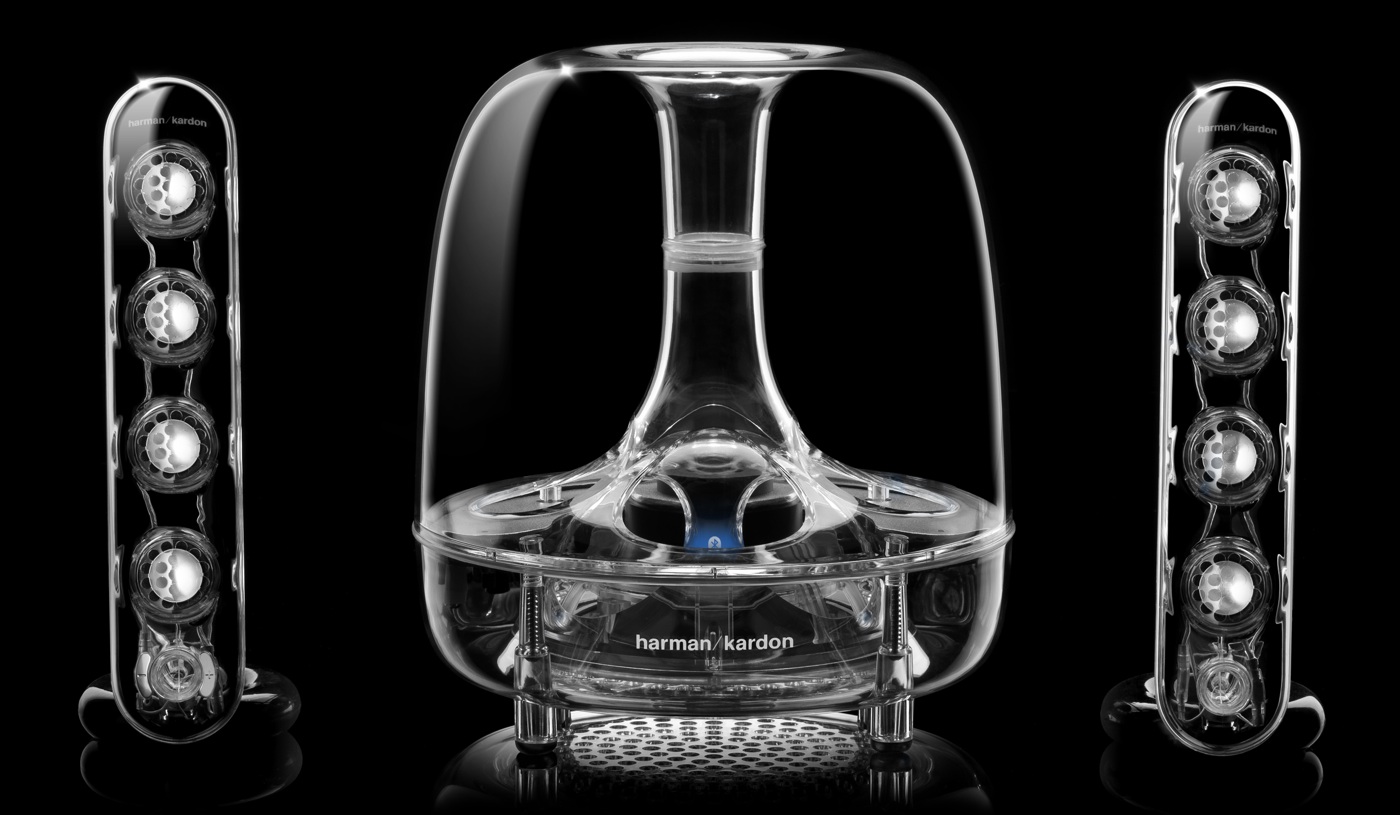 I recently got my hands on the Harman Kardon SoundStick Wireless system and while initially I was amped (puns!) to be getting some new speakers from a company I love, that excitement dissipated as soon as I opened the box. THEY’RE WIRED. The two satellite speakers are wired to the base module; the base has the AC cord and the cord to plug into headphone jacks. Yes, it has integrated Bluetooth, but one wireless function doesn’t negate all the other wires. That’s like calling a sedan a motorcycle. A sedan has two wheels, but also has two other wheels making it a sedan and not a motorcycle. All that being said that is my only grievance with the SoundStick Wireless system, but for a product billing itself as wireless and designed to basically sit at desk with your computer additional wires is a big deal.

The design is sleek and the clear plastic makes the system un-intrusive as it just sort of blends into where you’ve placed the speakers and base. To get a better idea of the style know that the prior non-wireless version was recognized by the Museum of Modern Art in New York City where it became a permanent fixture.

While the system can obviously hold up as art you’re buying them to listen to, not look at. The system produces the sound quality we’ve all come to expect from Harman. The satellite speakers produce crisp, clean sounds while the bass gives you the deep lows you desire without overwhelming the neighbors. The Bluetooth function easily paired with my phone, iPad and PC and has resulted in me listening to music more as I walk around with the iPad DJ-ing from room to room. If you’re looking for a sexy desktop speaker system, that produces excellent sound, at a modest $230 then look no further, but just don’t forget about the wires. Clearly I haven’t.