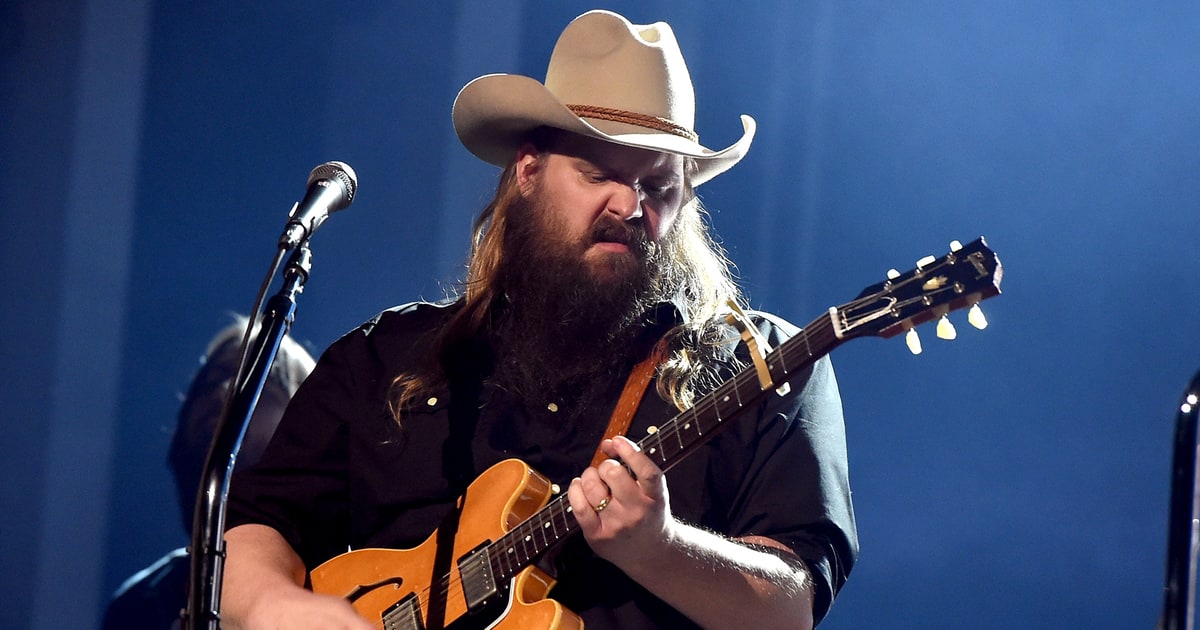 Chris Stapleton – Or Should We Just Call Him Christ?

A while back I wrote that Sturgill Simpson is more than the savior of country, but is in fact the savior of all music. I stand by that bold statement, but since that leaves the country-savior crown up for grabs, I think it’s safe to place it squarely atop Chris Stapleton’s head, if you can fit it over the cowboy hat, that is.

“It’s easy to hear why such popularity has finally come to Stapleton, as there’s much of the good-timing honkytonking that’s easy to stomp your feet to. Indeed, you’d be hard pressed to find someone else around who can extoll and denounce the virtue and vice of booze more poetically than Chris, as his biggest hit, “Tennessee Whiskey” can smoothly attest.”

I’ve been thinking about pledging such allegiance since 2015’s Traveller successfully brought outlaw into mainstream country (thanks in no small part to his CMA performance with Justin Timberlake), but that’s my definitive conclusion after spending a good amount of time with Stapleton’s follow-up, From a Room: Volume 1.

Of course, I believe that all country should be outlaw country, or at least not the cheesedick variety of candy popcorn the majority of Nashville seems to have been putting out since long before The Highwaymen fell out of favor. But even though Stapleton has been writing hit songs for all sorts of folks around that town for many a year now, and has been embraced by the country establishment, I don’t hold that against him. More so I find comfort that such a bridge has been laid; if you’re going to be a savior, you have to start with the masses.

It’s easy to hear why such popularity has finally come to Stapleton, as there’s much of the good-timing honkytonking that’s easy to stomp your feet to. Indeed, you’d be hard pressed to find someone else around who can extoll and denounce the virtue and vice of booze more poetically than Chris, as his biggest hit, “Tennessee Whiskey” can smoothly attest. This album’s “Up to No Good Livin’” only cements that rep, as he sadly remembers the time he used to be the “Picasso of painting the town.” And then there’s “Them Stems,” which recalls a dark day without a bag of weed, and having to resort to smoking its remnants.

While I certainly appreciate the stuff which likely makes him so popular, for me, it’s his authenticity that propels him aloft as an artist worth revering. I’m easily compelled by the open-hearted, closed-knuckled way he goes through life and music. Just like the best of bluesmen, Stapleton brings you right into his hardest moments, plucks you down in his shitty living room, and in three minutes of simple, heartbreaking poetry, makes you understand everything that’s truly vital about that hurt, and how it came to be.

That’s the blues, right? Especially when you mix in Stapleton’s stellar guitar skills, so sweet as to make Lucille envious. But when his wife and musical partner, Morgane Stapleton, starts harmonizing along, the way that only family members can, that’s when it begins to transcend. And with stud Dave Cobb returning to produce yet again, the new album (comprised of songs written before Traveller but recorded after) gets right back into saving territory.