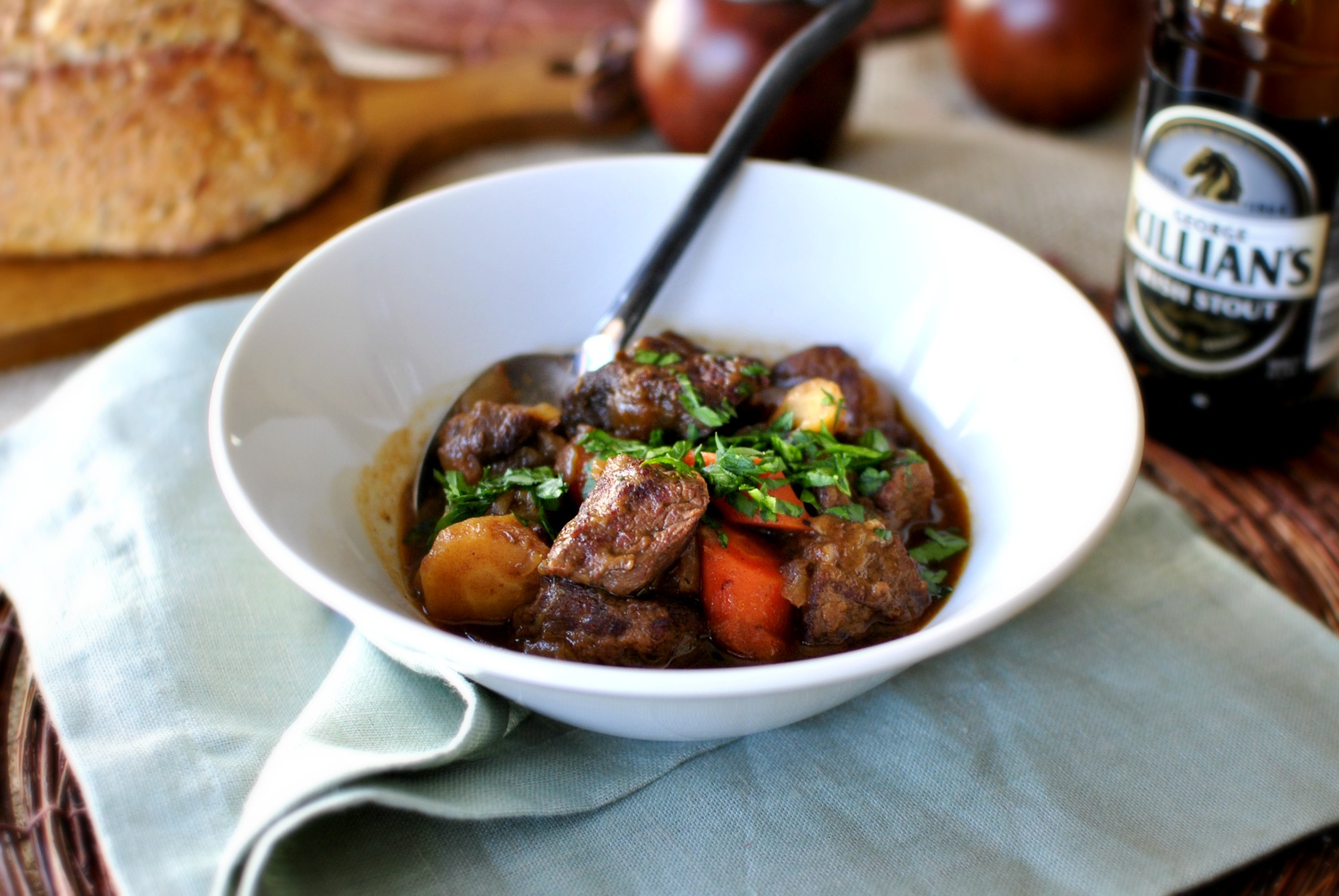 Meat, potato, onions & water, that’s as simple as an Irish stew gets. Some would argue that adding anything else to it would make it too complex, but then the stew would be delicate. We want something a little more flavorful and hearty.
In this recipe we will include carrots, herbs, stock instead of water and some leeks. You may add spices like cloves and cinnamon, maybe a few streaks of bacon, and some dark beer.

Cut the boneless meat into 1 inch cubes. If using mutton or lamb, buy the cut from the neck. In a frying pan, melt a tablespoon of butter, and on a high heat, brown the meat. It will only take a few minutes to brown, do not leave to cook.
In a separate pot, melt the other tablespoon of butter and add the onions. At this point you may add your bacon and spices, an inch of cinnamon and around 3 cloves will do. Fry till the onions are transparent, add the browned meat.

Now pour in the stock, bring it to a boil. The carrots, potatoes and leeks should be cut into chunks, or quarters. You may add some peeled, whole shallots to the stew. When the stew starts boiling, add the vegetables, herbs, pepper and salt. Simmer, covered with a lid till the potatoes are cooked. Test the potatoes by piercing a fork through them, they will be soft if done. Add salt to taste. Garnish the stew with chopped parsley.

If you are going to use beer in this stew, use only 300 ml of brown stock and 200 ml of any dark ale of your choice. Like any Irish Stew, best serve it with soda bread.