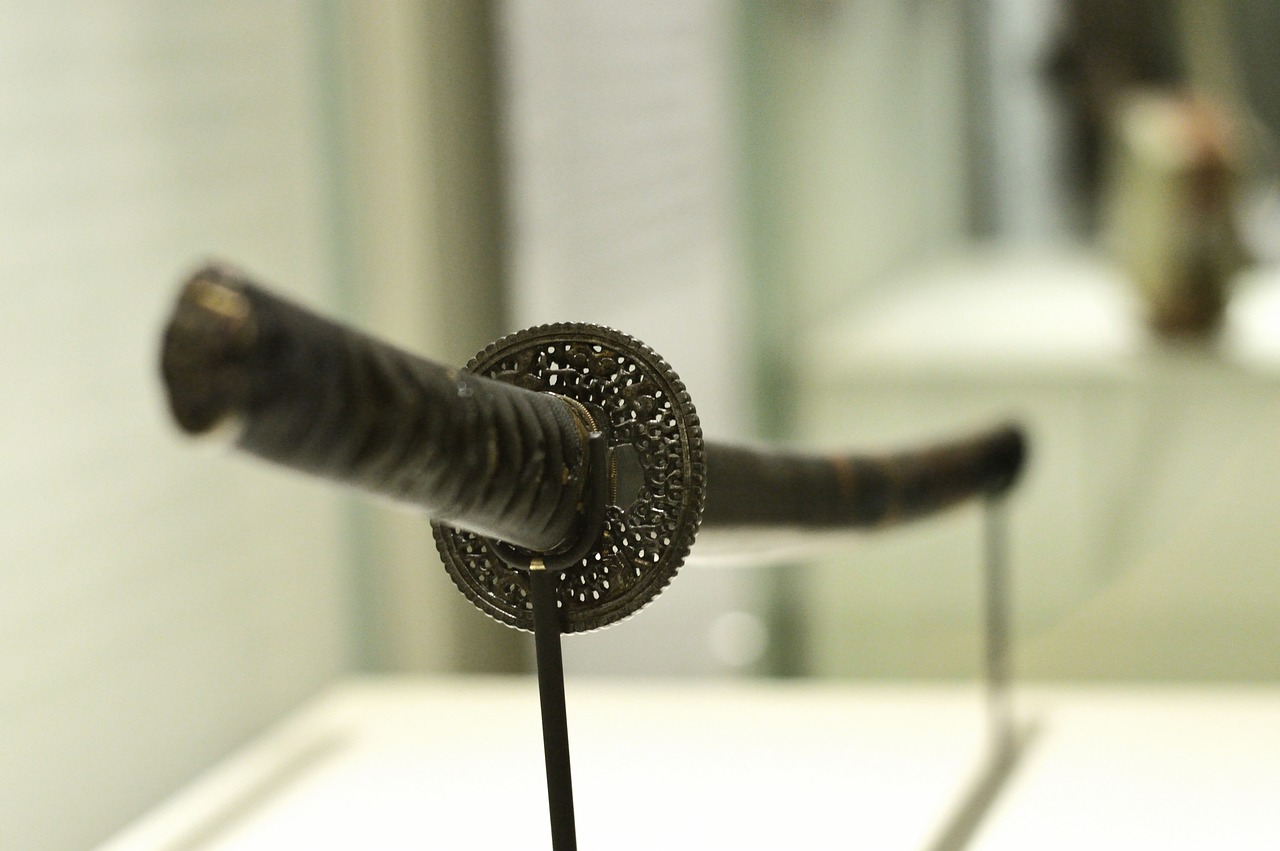 Japan is no stranger to warfare. This Asian island nation has a long and rich history that, much like the battlefields of Europe, is marked with some impressive innovation in terms of war tactics, nation shaping battles, and of course, weaponry. Japanese weapons have always captivated historians because of their uses and their advanced technology for the time.

When it comes to Japanese weapons, these 6 are some of the most well-known and for good reason. They represent the ingenuity and ferociousness that Japan exhibited in combat.

Starting with the most well known and probably the most impressive is the katana. The katana was a battle sword used by samurai and soldiers because of its incredible slicing potential and strength. The katana is so impressive of a technological feat in weaponry because of the blacksmith technique of heating and folding the steel over itself numerous times until the weapon was cooled and finished. It is most famous because it combines the strength of a traditional broadsword but it is significantly lighter for precision, yet still deadly for attacking and sturdy for defense.

The shuriken, or commonly known as the ninja star, is also one of the more well known of the ancient Japanese arsenal. Used mostly by ninjas, the shuriken was a frightening weapon because of its capabilities. Small, stealthy and incredibly sharp this weapon allowed for sneaky strikes from a distance and were formidable weapons, even if small. The professionals at https://www.tbotech.com/ninjagear.htm state that ninja stars are a popular hobby for people to get involved with and practice as they are cheap and frankly very fun to use. Shurikens are an example of how innovative Japanese weapons were hundreds of years ago.

Most people do not know what the kama is by name alone, but if you see the small sickle-like weapon, you probably know what it is already. The kama is rumoured to have begun as a crop clearing, farming tool, or at least derived from a similar tool but was also used as a handy, and portable, mid-sized weapon that could be used with a single hand. The usefulness of weapons as tools and vice versa is not a new concept but it goes to show how feudal Japan was similar to Western societies of similar eras when it comes to their weapons.

The kusarigama is an interesting weapon because it is actually a combination of two weapons. First, it is similar to the weighted metal chain known as the manriki-gusari, and the handle and blade made of metal that resembled a kama. This weapon was useful because of this combination as it has ranged attack power as well as up-close combat with the sickle blade, but more power than a kama because of the metal makeup.

Another throwing weapon associated with the ninjas of Japan, the kunai was a small dagger that could be thrown from a decent enough distance to cause damage. This weapon is widely associated with ninjas because of the similarities between it and the shuriken due to their stealthy nature. Many historians believe that the kunai were actually more suited as a tool for work, like digging small holes, but they were still used as a weapon.

Bo and jo staff, otherwise known as long or short staff, are on the older side for Japanese weaponry. This is not surprising as these weapons are considerably less advanced than the other weapons listed here. They are not made of metal and do not consist of chains or any other combination of weapons, they are staffs made of wood, but they are certainly formidable. Bo staff were the long staff, up to 6 feet, while jo staff was shorter depending on the fighters’ preference. Each staff could be round wood or hexagonal too, but they offered amazing protective strength when used as a blocker and could deliver bruising blows or crushing jabs because of the thickness of the wood. These staffs were not incredibly advanced in terms of material, but they were definitely revered for a reason.

Japanese weaponry is more advanced than many people realize. While the most common weapons are listed here, the details about them are still not as well known. These weapons come from an ancient time in Japanese history but were still well above their time when it comes to their combinations of technological innovation, a combination of uses, and pure capabilities. The Japanese know their weapons like none other and now, you know a little about them too.