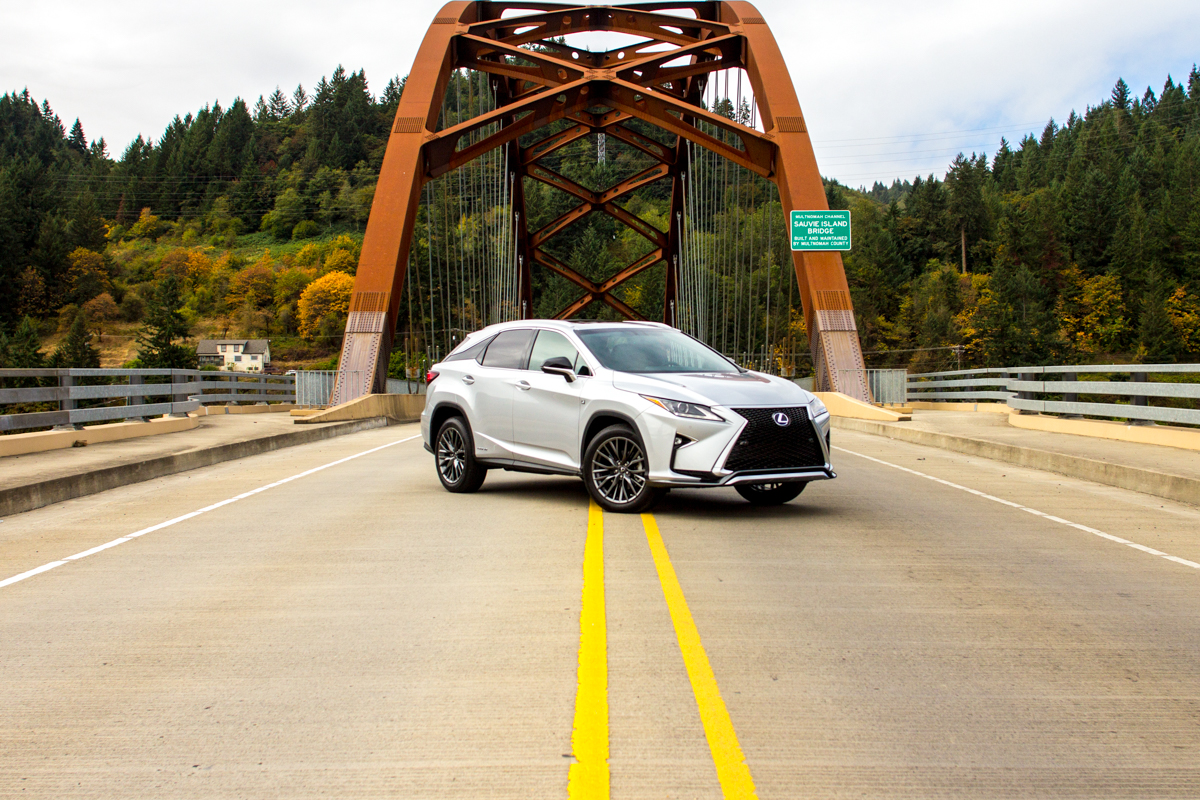 One of the most recognizable vehicles on the rod, the Lexus RX, has been reborn. Leaving aside the more conventional styling of past generations, the all-new 2016 Lexus RX line-up will feature a bolder design that aims to balance razor sharp lines with sinuous curves, adopting design languages seen in their sportier cars, while also implementing features and capability taking this increasingly popular line to the next level of technology.

Following the styling cues introduced by the smaller NX, the centerpiece of the vehicle will be the enormous spindle grille. Finished in chrome and sporting a much more geometrical appearance, it bears in its very center the Lexus logo, while a pair of sharp HID headlamps with LED technology flanks it. Both the fog lights and the L-shaped day time running lights benefit from the same LED technology, a sign that the days of conventional light bulbs are numbered. 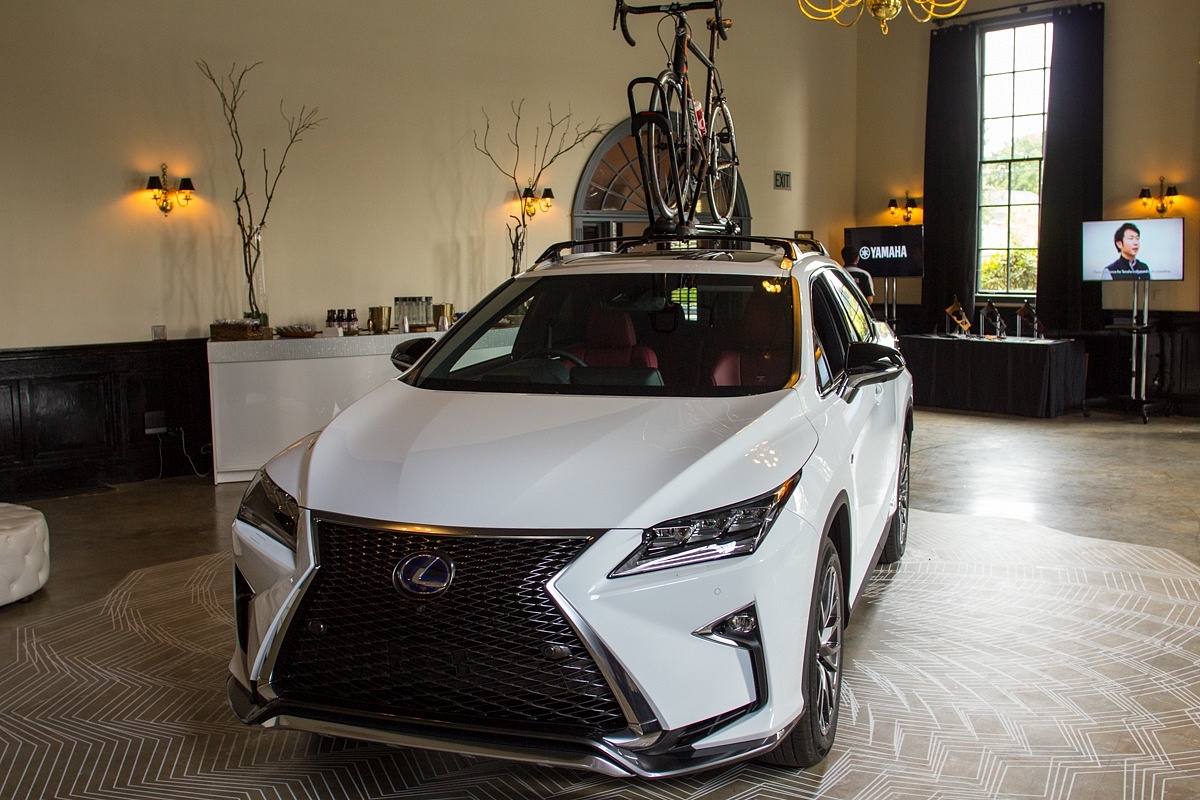 Slender and supple, the profile of the RX looks stunning. A pair of sleek chrome character lines run the length of the roof and underlines the apparently floating nature of it, thanks to the C pillars being blacked out. 20 inch alloy wheels fill the massive wheel arches, replacing the 19 inch units present on the previous iteration of the RX. These can be personalized, if desired, with body color inserts, giving the car a bit more style. In the rear, an integrated roof spoiler and LED rear wraparound lights create a sense of dynamism, following the razor-sharp theme of the vehicle. For the gas model, a duo of chrome exhaust tips will be standard features, while for the hybrid model, they will be concealed. 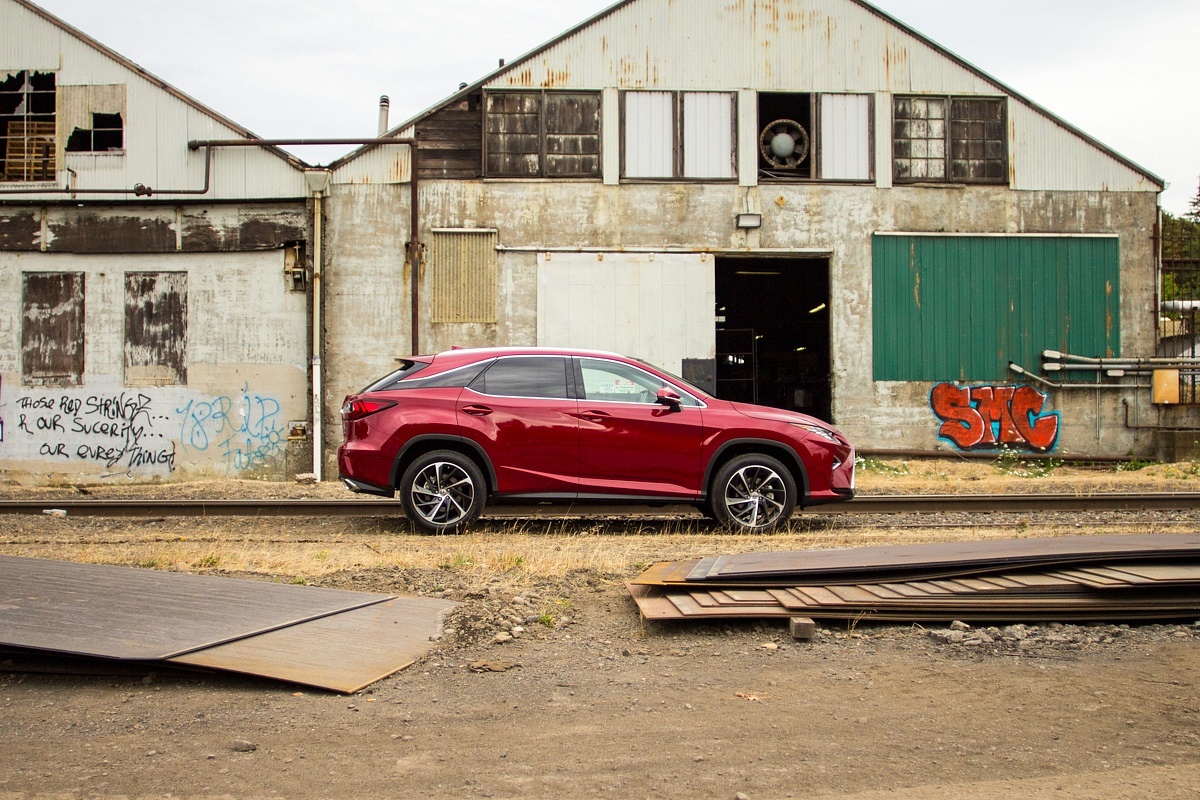 Leaving the outside and focusing on the cabin, the new RX line will feature a more refined experience than the outgoing model, in both trim levels and spaciousness. First, the occupants of the rear seats will be treated with more leg room, an inherent result of the longer wheelbase, which has grown with 120 mm. Moreover, the second row also benefits from heating and it is collapsible in a 60:40 ratio, in order to maximize the loading area and increase the boot capacity of the vehicle. The driver zone will feature enhanced instrumentation, including an ample 12.3 inch high definition display mounted in the center console, as well as a rear view camera and an optional Head Up Display.

A 3.5 liter V6 power plant should permit both the RX350 and the RX450h to reach honorable performance levels, with the expected output being around 300 horsepower. The former model will be a standard petrol driven automobile, while the latter will be a hybrid, with an electric motor supplementing the output of the petrol engine. Emissions levels should remain low, considering Lexus’ commitment to hybridization and clean technology.

However, the RX is not just a grocery machine; the manufacturer has stated the F Sport configuration will remain affixed to the range of vehicles. As a consequence, the highly valued Adaptive Variable Suspension, together with the selectable Sport driving modes will alter the behavior of the car at both low and high speed, improving its dynamic capabilities and handling. Four wheel drive has become standard, while, as a pleasant surprise, the RX450h will feature an exclusively electric driving mode.

This refresh from Lexus has not only redefined one of the most popular lines of SUV, but solidified the direction Lexus is taking. With the soft edges replaced with aggressive curves, a driver’s experience strait out of the sporty playbook, all surrounded by technology that is aggressively pursuing the European luxury brands, the all new RX line has found it’s rightful place at the top.