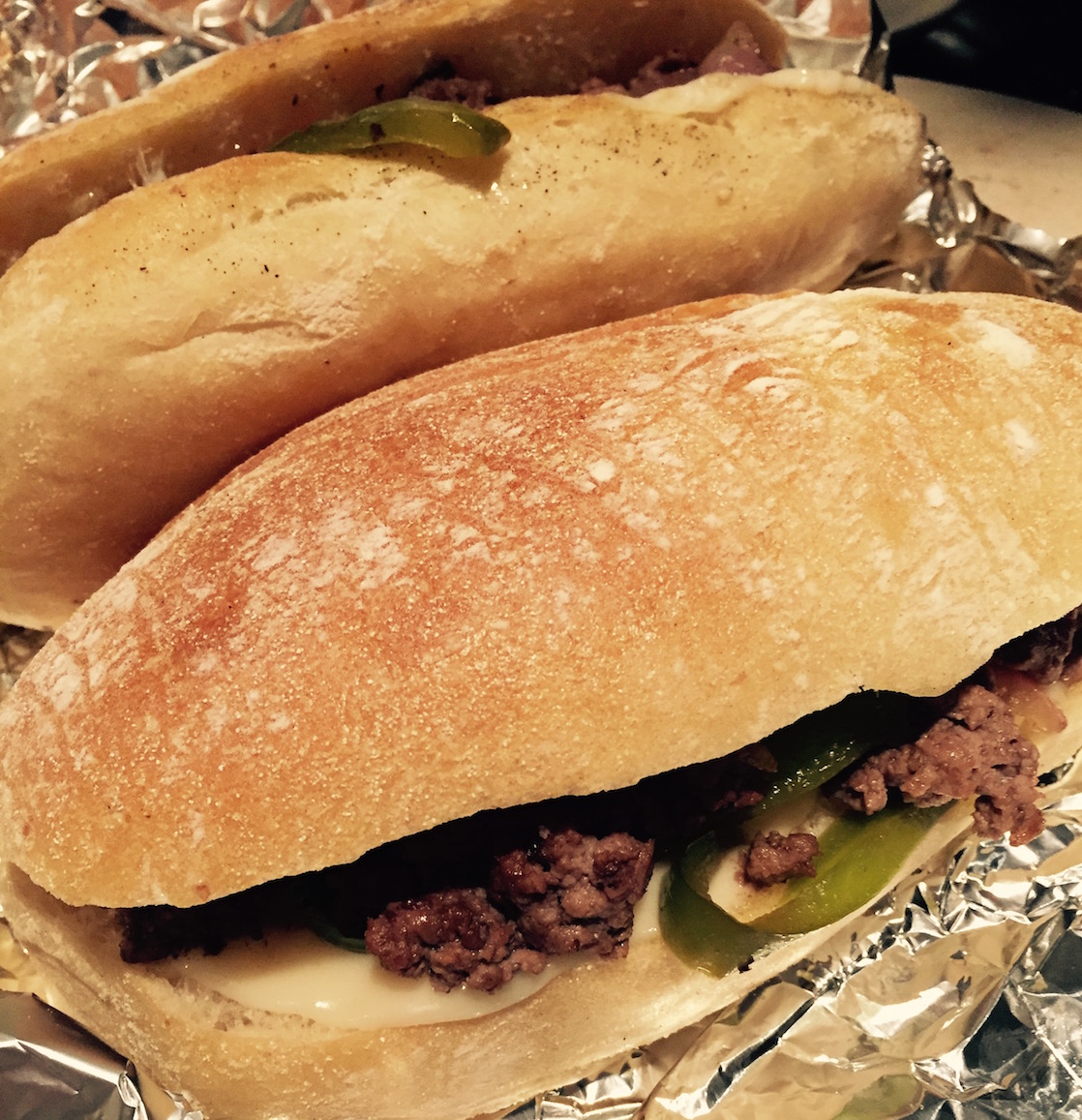 Last night I was supposed to go to dinner with a friend of mine, and we were going to get Philly Cheesesteaks. I was all kinds of excited because 1) I hadn’t seen this friend in forever, and 2) Cheesesteaks. Unfortunately, he got really sick and had to reschedule with me. I was disappointed but decided this wasn’t going to keep me from enjoying my favorite meat and cheese sandwich, but that I didn’t want to go alone, so I was going to make them myself. I’ve always thought about trying it but can never afford steak, and wasn’t sure if mine would ever measure up. 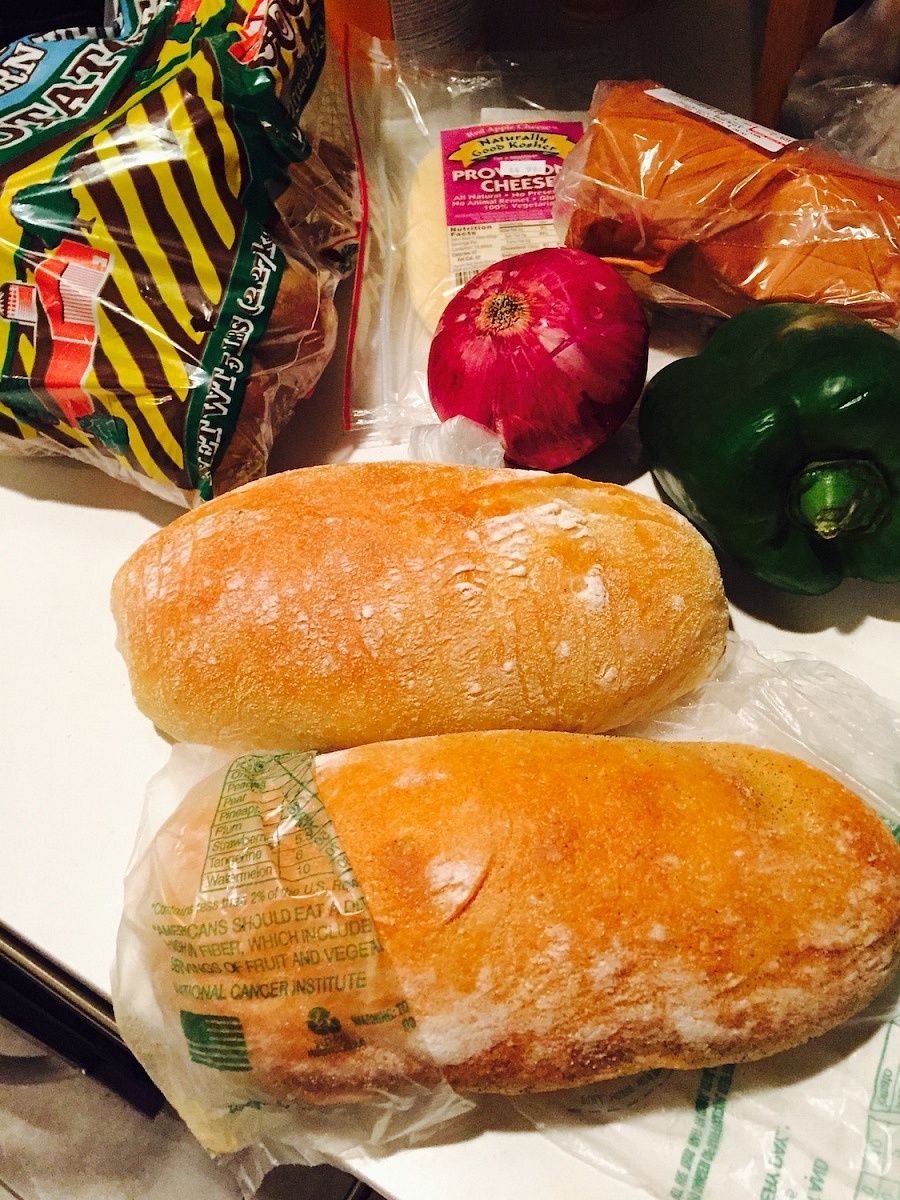 Good news, they did. And I didn’t even have to buy steak! If you’re like me and you live in New York, making a median salary, good ol’ ground sirloin will totally do (and it’s actually pretty fantastic.) Hands down, one of the best meals I’ve ever made and it still falls in my usual category of ridiculously easy!

I bought half a pound of ground sirloin (with the intention of inviting a friend and making two large sandwiches) and got fresh Italian hero rolls. I suggest provolone cheese, but you could go with pretty much any cheese variety here (or all of them, if you’re adventurous.)

I decided to make fries too, because what’s a hot sandwich without fries? Start with these since they’ll take the longest. Wash and de-creepify your potatoes (aka taking out the eyes) and cut them into chunks or fry-shaped slices, whatever your heart desires. Toss with olive oil and a bunch of seasonings– I went with salt, pepper, garlic and oregano. Spread out on a baking sheet lined with foil and cooking spray, and toss in the oven at 425. They can hang out in there until everything else is done.

Now for the good stuff. Plop  your ground meat into a saute pan with about a teaspoon of oil and sprinkle in some salt and pepper. I started it on medium heat so it didn’t brown too quickly. While this is happening, thinly slice half a green bell pepper and a red onion. You can use any variety of these two veggies but I happen to prefer green peppers for their crunchy quality, and red onions because they’re a touch sweeter. 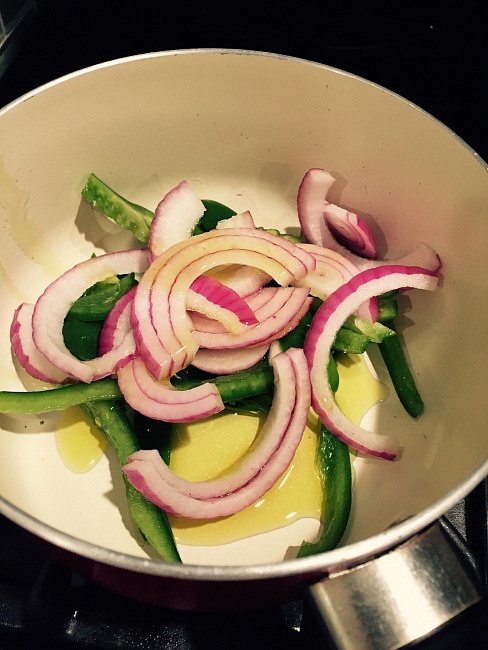 Some people also like to add mushrooms here but I think they taste like sponges so I don’t eat them. I don’t have two saute pans so I used a sauce pan which works just as well. Pour in about three tablespoons of olive oil, about a teaspoon of minced garlic, salt and pepper and start on high heat. When you hear that great sizzling sound, turn it down to medium heat and cover. This will help the veggies soften without burning and will still stay good and juicy.

Once your meat is brown and your vegetables are tender, combine them in the saute pan. Mix them up and make them become friends, then pour in about a tablespoon of Worchestershire sauce (I just had to type that four times before I got it right.) I never realized this was the secret taste in Philly Cheesesteaks but it’s right on! Let this simmer on low heat for about 5 minutes and get all delicious. At the same time, you can be preparing your rolls. 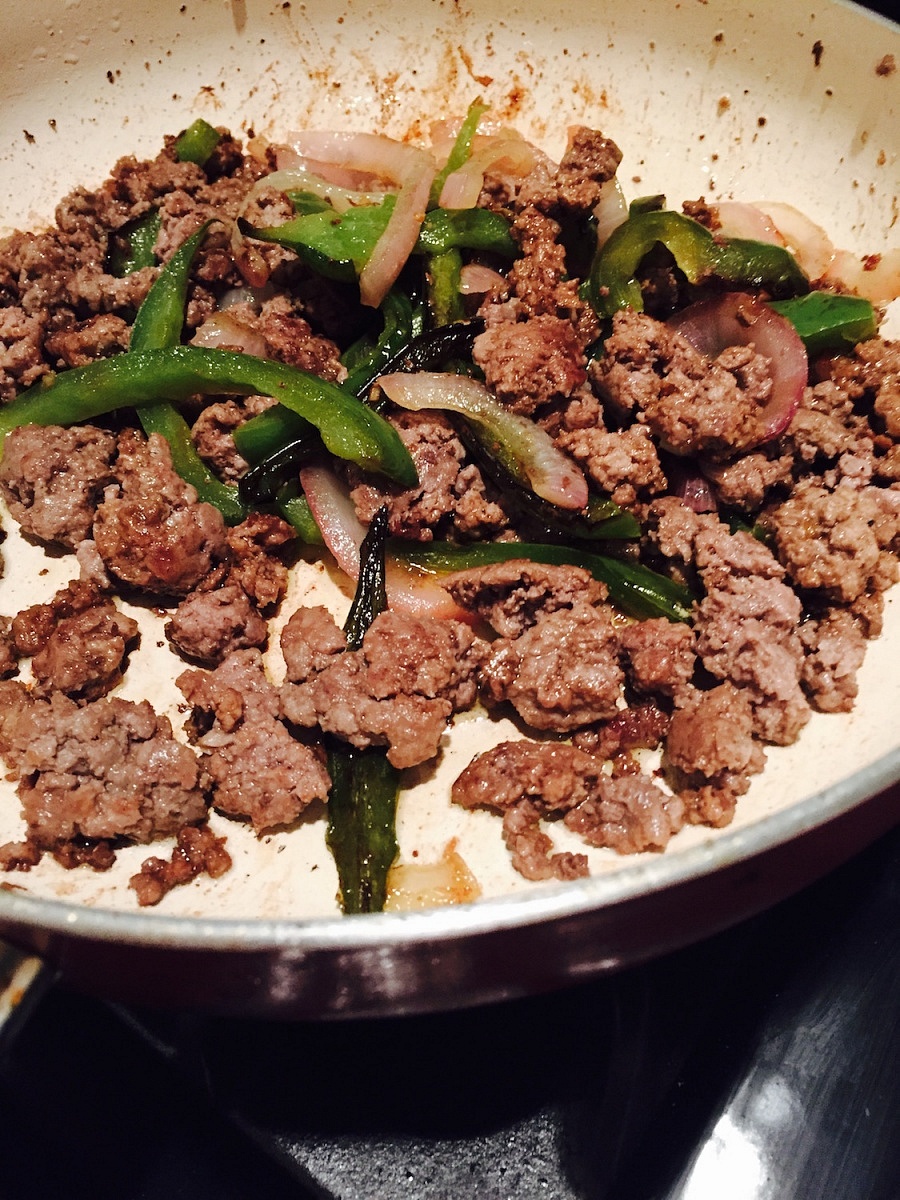 Split them open but leave a seam at the back so all the stuff stays where it’s supposed to. I used two slices of cheese on the bottom half, with the intention of putting one more on top (you know how I like my cheese.) Pour in an equal amount of meat and veggies, and top with that other slice of cheese. Close it up and wrap the sandwich(es) in foil and throw in the oven for about five minutes. The heat will seal everything together in an amazing cheesy, crunchy, salty pocket of happiness.

Carefully take everything out of the oven (don’t forget about your taters!), snap a couple photos so Instagram can applaud your work, and enjoy. Goes great with a nice wheat beer and a good friend. 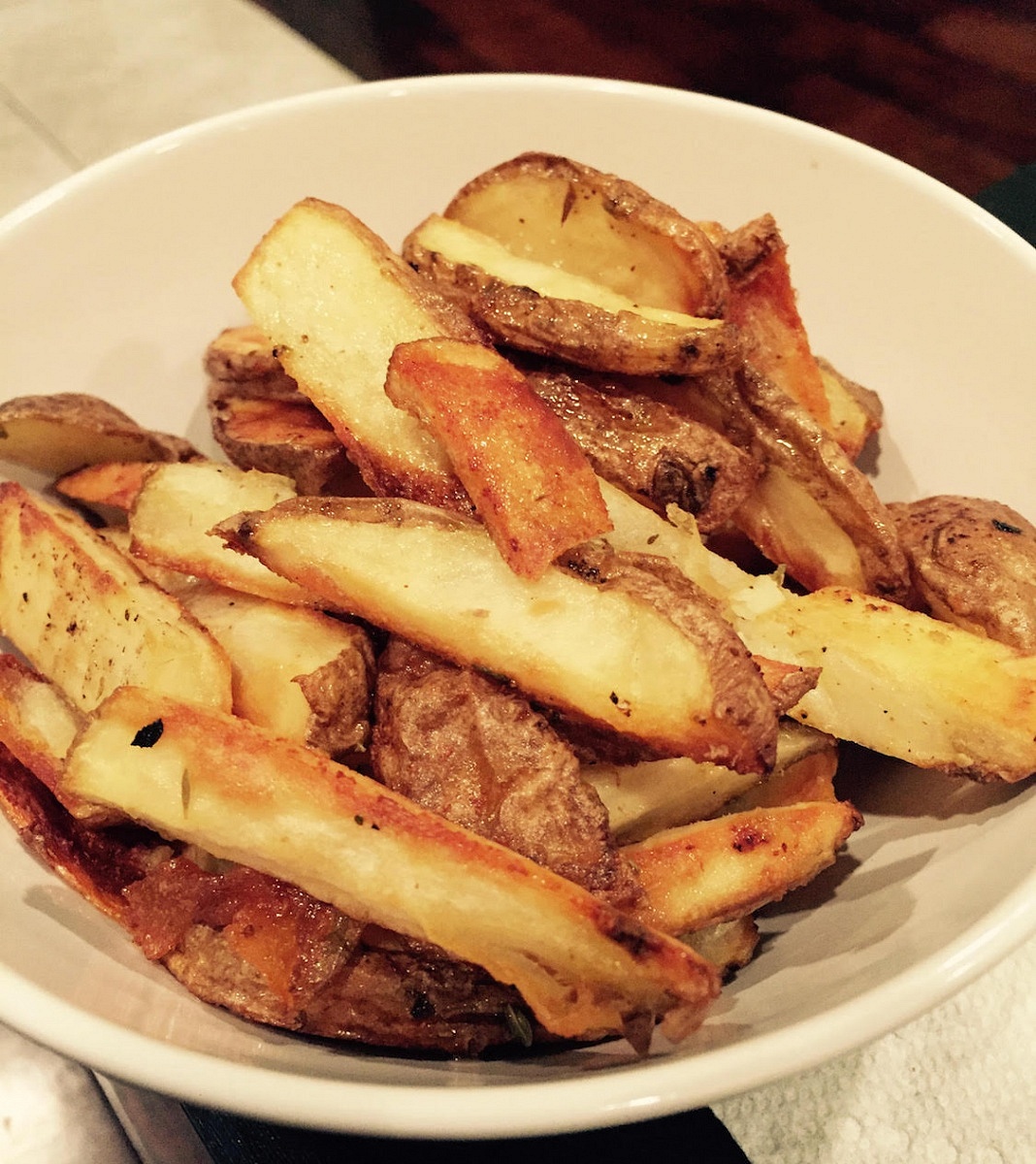