We love midsize sedans here at Factory.  They seem to fit the bill of so many situations that very often, we find ourselves trying really hard to not like something about the various rides out there.  They seem to have the most options of the sedan market, with everything from economy to performance options, all mixed in with simple rides working their way up to luxury class.  There is a car, seemingly, for everyone in this category, and more often than not, the manufacturers strive to make their midsize rides stand out the most from the competition.

Recently both the 2015 Chrysler 200C AWD and 2015 Buck Regal GS AWD were delivered for review at the same time, and it gave me a side-by-side glimpse that I rarely receive. Heading into this, I did not expect to think that these two would compare with the Regal GS built and marketed towards the luxury midsize market and the 200 being geared more main stream, but as I experienced the rides first hand, it became hard to not see both in the same light.

Let’s start with the Regal GS.  We drove it last year, and we loved it.  Similar to the 2014, it still needs to prove to the masses that it is here to stay and a player in the game that deserves to be taken serious.  While I was not able to test out the AWD during my time, the vehicle itself was incredibly comfortable, well appointed, and drove fairly well.  I did feel the engine was a bit under powered compared to other turbo’d 4 cylinders on the market, but overall it did exactly what it was supposed to do.  Inside, the controls and quality of the build were on par with other luxury vehicles on the market, and while I was not a big fan of the GS and Sport buttons (I still have no idea how they changed the drive as I felt no difference), it was quiet, smooth, and luxurious.  Overall, it still felt very GM to me, as in not differentiating enough from some of the Chevy and GMC rides I have had, but that’s to be expected I guess.

Styling wise, I have always loved the Regal’s shape and lines, and it really feels like the step in the right direction towards the luxury market, but not quite there.  It is a big on the plain side, feeling like a safe bet for the GM shareholders more so than the boundary pushing that many luxury car buyers prefer.  The little touches, such as the Brembo brakes, HID headlights, and dual exhaust bring a sport flair to it even if the performance doesn’t really match the appearance.  But this is not the ride one is expecting to turn heads with as they pull up to the light. 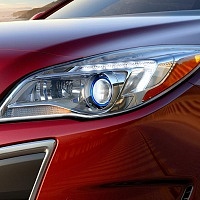 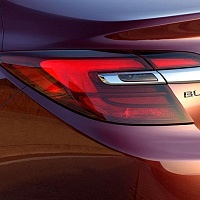 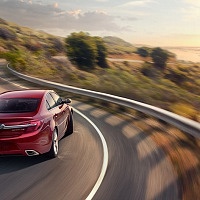 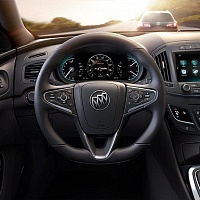 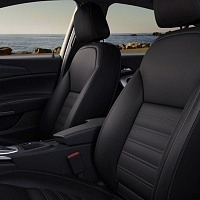 But what of the 2015 Chrysler 200C AWD?  Does it really stand up to Buick’s approach a the luxury market?  Surprisingly and bluntly, yes.  Actually, it surpasses the Buick, and while that statement may not make me many friends over at GM, truth be told, Chrysler has developed an amazing midsize sedan.

When first released, I was hesitant of the new ride, thinking it was just another attempt to fill the market with a ride, something that will be rebadged and sold across the full brand.  But a year in, the 200C is standing on its own from the design to the performance.  Driving the new Chrysler is a joy from the very start with more technology and features per square inch than some of the latest and greatest luxury rides, all wrapped in a high quality fit and finish that comes on rides 10 to 20 grand more in base value.  The power from the V6 is constant, and even with 40 more HP than the Buick, the ride still has an average of 29MPG on the highway, 2 more than the Buick.  The seats and positioning is icredibly nice, with controls being in easy to reach and intuitive places, all while the ride is smooth and quiet even at highway speeds.  There is a little bit of a growl from the engine under hard acceleration, but I don’t know if it is natural or ‘tuned’ in for the experience, but overall was a bit unnecessary for the sedan.

Styling I will admit the 200C isn’t revolutionary, but it definitely stands out from the other -mid-market sedans out there with its curves and nose.  Just like the Buick though, it was not going to be garnering any extra attention at the light, but with the performance it has, it would surprise those it left behind when it turns green.  The fit and finish inside is top notch as well, as to be expected from Chrysler (and a step in the right direction honestly). 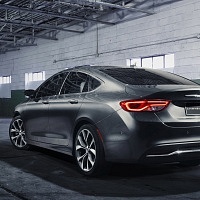 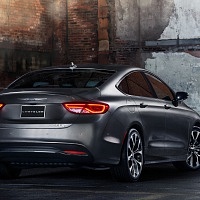 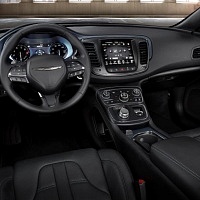 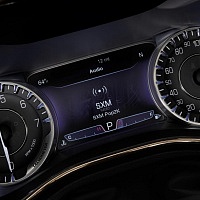 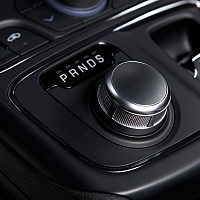 So what makes the 200C just that much better?  Honestly, it all boils down to pricing and value for money.  The Buick Regal GS is a great car, don’t get me wrong, but at over $41,000 for it not even fully loaded, it’s a hefty price to pay when the 200C, as tested, was at $34,000 fully loaded.  They are almost the exact same size, get about the same miles per gallon, are both AWD, have amazing fit and finish with quality materials, and have quite a few of the same technology features standard, but the Buick just cannot compete with the Chrysler at the bottom line.  And then you take in the power, experience, and overall enjoyment that the 200C was able to deliver from the very start, all surrounded by a very driver-friendly interface, the choice becomes clearer.  For me, and the buyers out there, these are all big points, and ones that Buick needs to take into consideration as it tries to find itself.  Why spend more on a brand that is still trying to find its footing when Chrysler has taken such a big leap out the gate and continues surging ahead?