I still remember the day that my contact at the Ed Carroll Audi Volkswagen Porsche called me. It was August 2011.

“Hey, Richard. I have a one-owner Touareg here. It’s a diesel.”

“Meh. Nobody wants a V6 TDI Touareg.” I replied with a bit of apathy.

“It’s not a V6.” He replied, knowing he just dropped the mic.

And so began my love/hate relationship with a 2006 Volkswagen Touareg stuffed with a V10, twin-turbo diesel. 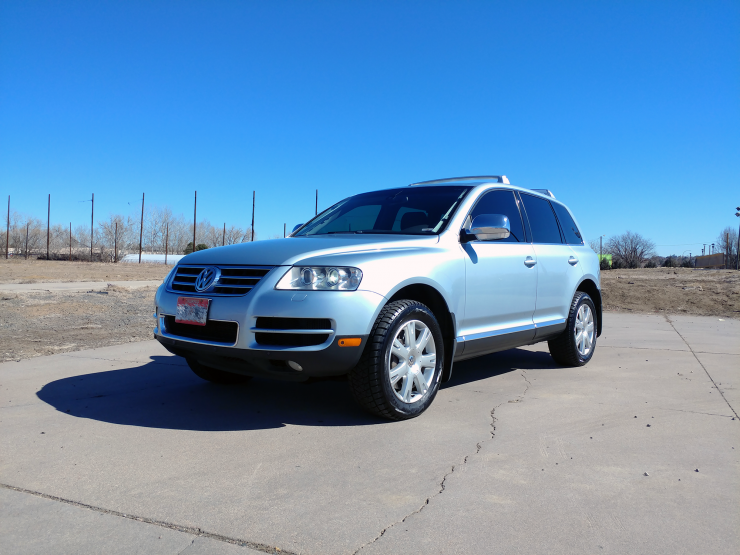 Now, first and foremost, I am an Audi/VW fanboy. I admit it’s an expensive hobby, accept the notoriety of the vehicles I have and will continue to own, and am okay with the higher-than-average costs of ownership I have experienced. In return, I have had the absolute joy of experiencing some of my holy grail cars first hand. To me, it has all been worth it.

In August 2011, I found myself the proud owner of one of those grails; the aforementioned Touareg V10 diesel spec’d out at 309 HP, 554 ft lbs of torque and an abysmal 15/20MPG. Packed inside this SUV was just about every feature VW had on the shelves including navigation, four climate zones with heated seats, and the famed air ride suspension. It was also a high-mileage vehicle, coming to me at 105,000 miles on the odometer with one previous owner who was local and had bought and serviced it at the same dealership, ultimately trading it in on a new TDI. Full records and faith behind the ride, I was confident.

Now despite what you may think up to this point, I am not a complete idiot. I took the vehicle pre-purchase down to my trusted independent Audi/VW shop (Berg Performance) and had a full pre-buy inspection done. I talked with the head mechanic on known issues and what prepare for regarding ownership of this beast. I had them look over the full records provided by the dealership, which proved to be beyond thorough. At the time of purchase, I knew I was not walking into an easy, inexpensive ownership, but was confident in the ride.

The only reason I bought this high-mileage Touareg V10 monster is that I lucked out with the previous owner. The guy was VW’s worst nightmare when it came to repairs and warranty claims. Even though the vehicle had over 100,000 miles on it, it had brand new turbos, exhaust system, and even a new headliner and electronic components inside all replaced by VW under extended warranty. The moment there was a hint of an issue, the previous owner had the Touareg in the shop for repair. 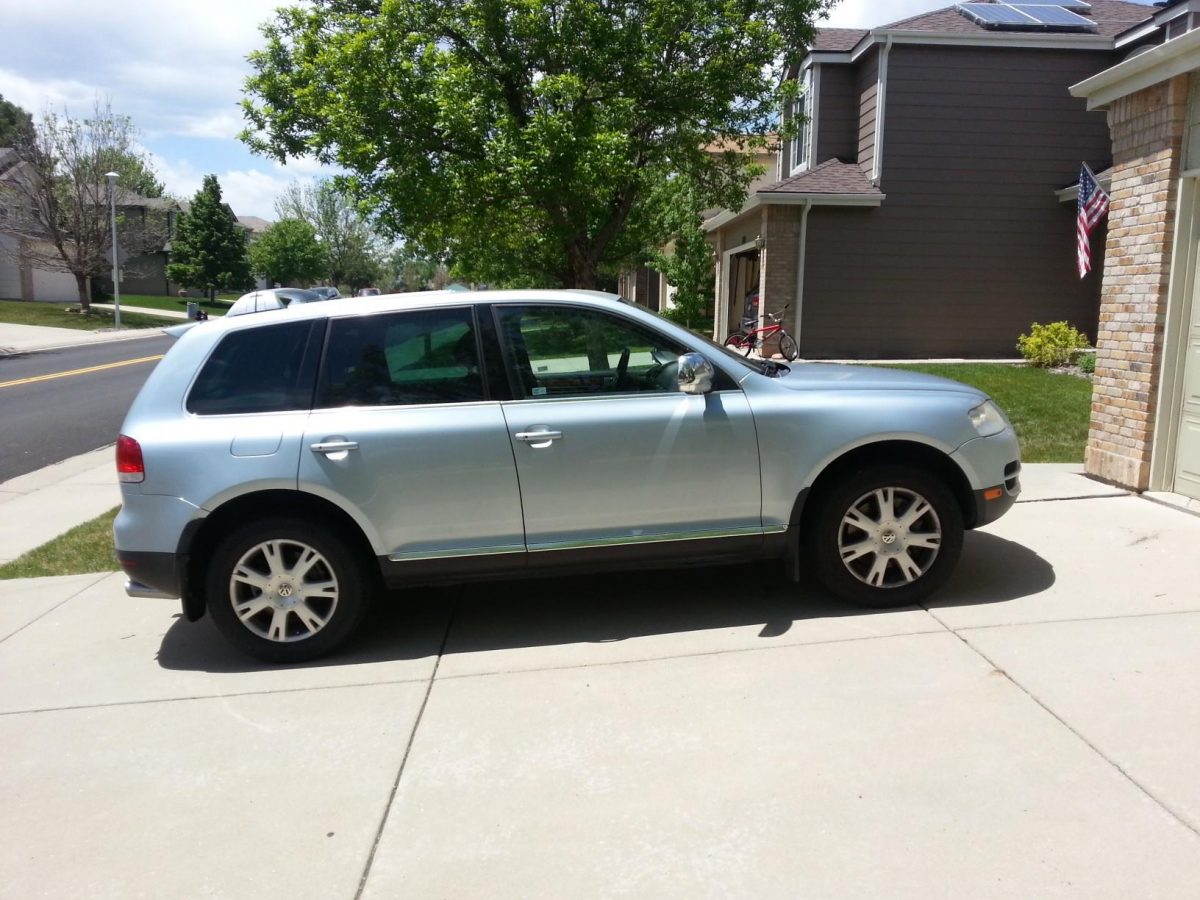 The day before its pre-buy inspection. 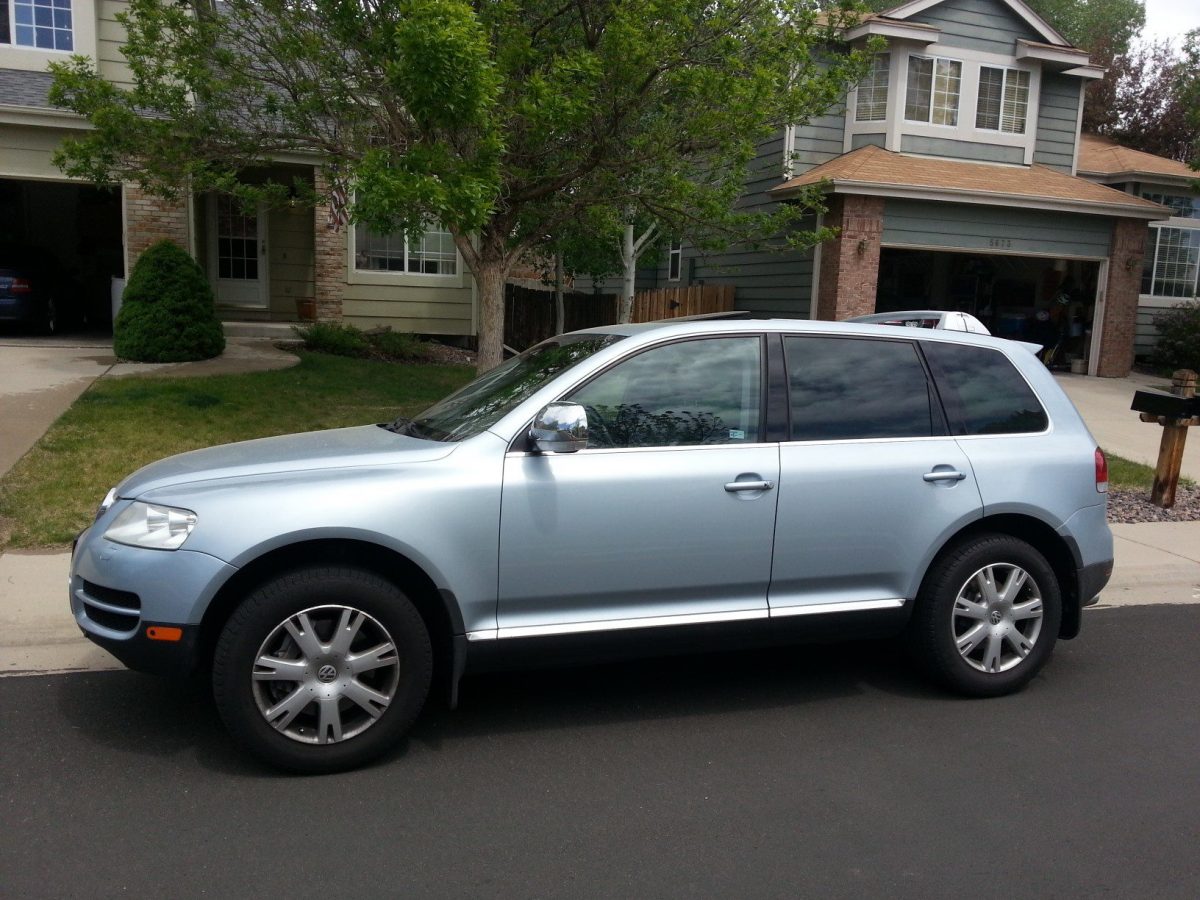 The Touareg was also not a city vehicle, with lots of short drives or stop and go. The previous owner was a traveling salesman and racked up most of the miles driving to and from meetings all over Colorado, Wyoming, and Nebraska. This meant the engine had proper warm up and cooled down periods and the turbos didn’t have too much unnecessary stress put on them with excessive stops or accelerations.

You get it, I know. You see that I was confident. But what about the bad? Well, there were those moments too. Off the top of my head, here’s where that confidence got me with the significant repairs my local shop had to eventually take on:

This list doesn’t look like much, I know, but each one of these repairs was a discovery in itself – minus the center-bearing of course. And when it was in the shop, and I was paying the higher-than-average repair bills, I hated it. As the Touareg V10 was not as prevalent in the states as other rides, a lot of the diagnosis came from having to dig in and take apart components piece by piece. And this vehicle was packed tight. Want to work on anything below the top of the engine? Better have small, nimble hands or just take the front-end off. Battery dead? Remove the front seat. All that work added up. 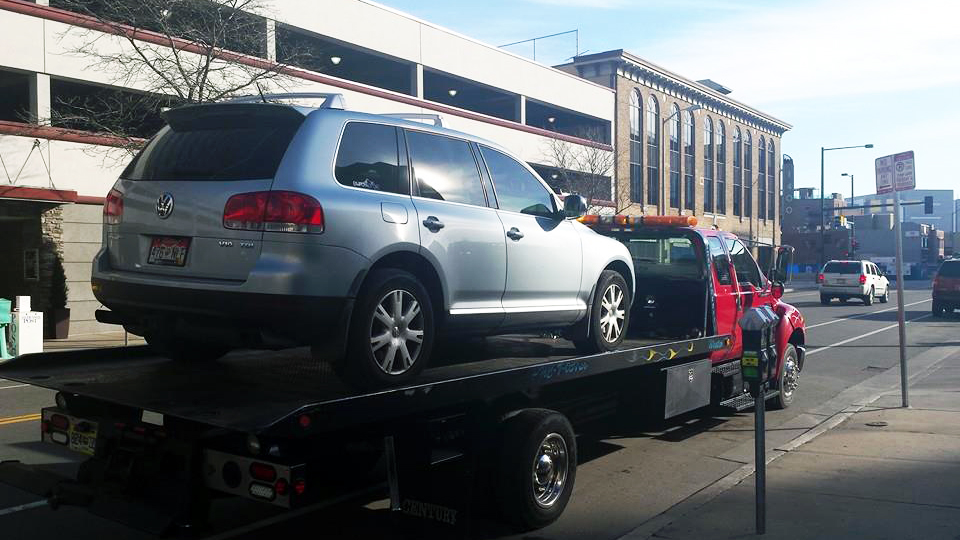 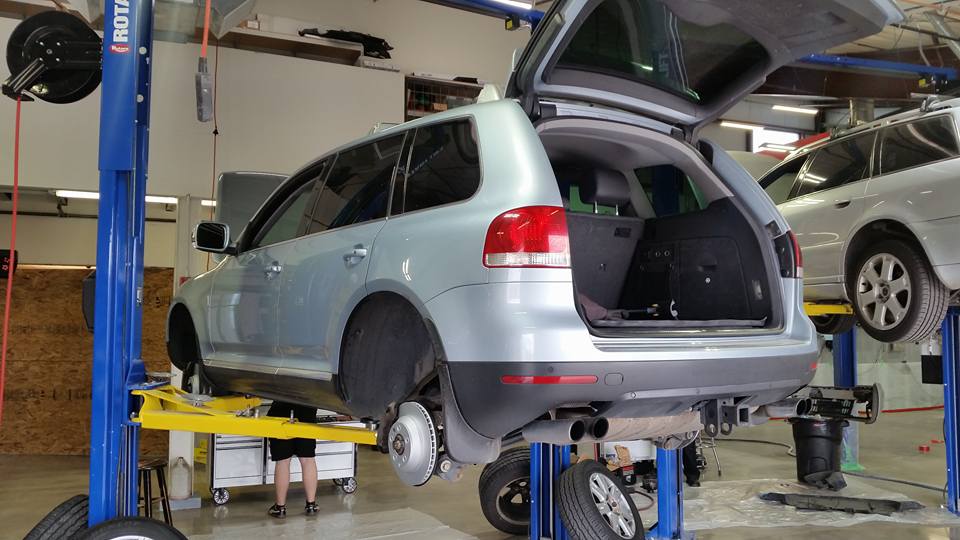 Here we find the Touareg in its natural environment.

The VW Touareg V10 is not the easiest vehicle to work on, and mine was no different. Even talking to the mechanics about it today yields uncomfortable laughter as we went through all the repairs they had to complete. All of those repairs are on top of the regular maintenance, from the 12-liter oil services to the every six-month alignments due to Colorado’s notorious roads.

Was it worth it all though?

I drove that V10 everywhere, over mountains and through massive amounts of snow to road trips across the plains. It was an incredible date-night ride; smooth, safe, and comfortable. It drove over the highest passes in the mountains with ease, often turning heads as it roared on by other rides. It hauled more than enough cargo and trailers without even a hint of struggle. And it flew off the line like a bat out of hell, pushing all that power and torque down in an unequal acceleration off the line. And even for a 10-year-old vehicle, it was quiet inside with no rattles, shakes, or annoying older-car noises. I chalk that up to it being built with so many features, packed so tightly together; there was no room for the rattles that often appear after so many years and miles on the road.

It was and still is a beast on the road, appropriately nicknamed TRex among friends and family. It turned heads to those who knew what the four exhaust tips and V10 meant. It turned even more heads as it accelerated in a way that no SUV that looked as plain at the Touraeg should. It was a beast of a sleeper, straight from the factory, and I only ever saw one other on the road in all my time of ownership.

So why did I sell it if it was so good? Simple. The perfect storm of luck.

First, a co-worker of mine, a car nut at a whole other level than me, heard I had the Touareg V10and asked if I would sell it. Thinking it was a joke, I said “sure – everything is for sale for the right price.”

His reply was very straightforward – “What’s the right price? Name it.”

I threw a number out that I felt was fair for both the rarity and quality of the ride, plus all the maintenance. He agreed to it right then and told me he would buy it when I’m ready to sell.

Well, shit. Now I needed another ride, which leads to the second part of the perfect storm.

I told my mechanic about the offer and how I wouldn’t want to replace it with just another ride.

“I’ve got the perfect car for you. It’s on your grail list. And I built it.”